In the Shadow of Women

These are the final words in Philippe Garrel’s romantic drama “In the Shadow of Women,” which a philandering filmmaker speaks to his estranged wife during a sudden, emotional embrace. He means them literally—he gives her cheek an accidental nibble in the midst of the clutch—but they could apply figuratively, as well. And she could have said them to him instead and they would have been just as fitting, given the damage both husband and wife have afflicted on each other.

Nothing is simple emotionally in the latest from the French New Wave veteran, although he tells his story briefly and with striking directness in gorgeous, high-contrast black and white. Garrel may not be saying anything new about the capricious whims of the heart, but he does so with a purity of narrative and tone, and with thoroughly convincing performances from his stars.

When we first meet Pierre (Stanislas Merhar) and Manon (Clotilde Courau), they seem to have achieved a satisfying life together which mixes work and love. He’s a documentarian working on a film about the French resistance during World War II; she works part-time to have the flexibility to help him with his projects. They live in a shabby Paris apartment they can barely afford (the landlord storms in demanding overdue rent at the film’s start) but otherwise, they appear genuinely content. Garrel observes their daily rhythms in matter-of-fact fashion, hopping from one slice of life to the next without fanfare and often without dialogue.

And so it seems rather out of the blue when Pierre launches into an affair with the younger Elisabeth (Lena Paugam), an intern at the archives where he’s been doing research. There’s nothing particularly special about her—she’s plainly pretty—and they share no obvious chemistry. And yet it takes him no time to go home with her and climb into her bed. Maybe that’s the point, though; it’s not that Pierre is necessarily looking for someone better (and as Garrel’s son, Louis, points out in his narration, the fling is merely physical for him). Pierre’s wife is beautiful, smart and effortlessly chic, whereas Elisabeth is merely different.

At the same time, Manon begins her own affair with a man who’s so insignificant, Garrel and his co-writers (Jean-Claude Carriere, Caroline Deruas and Arlette Langmann) don’t even give him a name. She doesn’t even know that Pierre is being unfaithful to her, to the extent that she remarks jokingly: “Flowers say a woman is being cheated on,” when he comes home from a tryst carrying a bouquet.

Bur eventually, their dalliances take their toll and breed mutual suspicion. Something is just off in their dynamic—they both sense it—and Garrel increases the tension by cornering them within their tiny apartment and their insular neighborhood. While Merhar mostly remains evasive and indignant as Pierre’s indiscretions come to light, Courau shows a beautiful range of emotions as their marriage collapses. Her ability to shift seamlessly from anger to silence to sadness and back to anger again—often in a single take—is breathtaking to behold, and it always feels true. Paugam brings her own authentic element of anxiety to the equation as the increasingly needy, clingy mistress who stalks Pierre on his street and seeks a commitment he’ll never make.

Garrel judges none of these people for their bad choices, but rather acknowledges that these things happen all time. It’s a sentiment as timeless as the look of the picture, a French New Wave throwback shot on 35mm film which could take place decades ago or in the current day. C’est la vie. 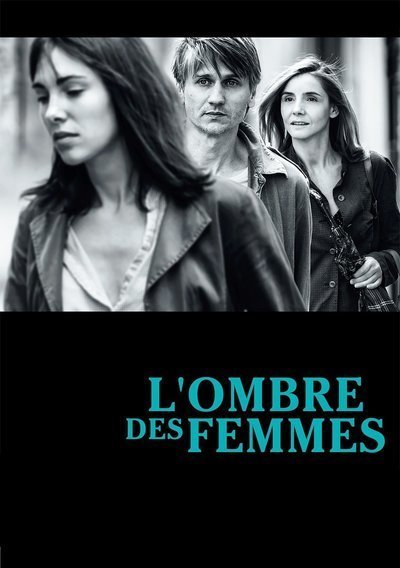