“It is the strategy to tear families apart, which to me is unconscionable, and bring them maximum pain, and to use that as a deterrent.” – John Amaya, Former Deputy Chief, ICE

Donald J. Trump does not want you to see “Immigration Nation.” His administration pressured the filmmakers to delete scenes and even to delay its broadcast until after the 2020 election, according to a report in the New York Times. What did they think this would be? Did they think after the filmmakers embedded with ICE for three years and dismantled the Trump administration immigration talking points one by one that what would result would be a favorable look at the nightmare they have enabled? Listen, Trump didn’t start problems with immigration in this country, as his supporters love to point out, but he has used racist, fearmongering tactics to amplify every flaw in the system to his advantage. And “Immigration Nation” pulls no punches, presenting a brutally honest look at this entire broken system, built on policies designed to dehumanize non-white people, enforced by men and women who have no idea what they’re doing or why they’re doing it. The cumulative power of “Immigration Nation” is one of hopelessness. The filmmakers are smart enough to focus on the people fighting against the tide, but it’s hard not to feel like humanity is drowning.

At first, I wasn’t sure I could finish “Immigration Nation.” The first episode focuses heavily on ICE process, which, no matter how you feel politically, is built on layers of subterfuge and confusion. We are embedded with officers as they don’t show I.D., talk their way into apartments under the guise of being helpful, exploit language barriers, and discuss the concept of “collaterals,” people they just happen to find while they’re serving warrants on others (warrants they don’t have to actually show, by the way, just claim to have). The move from seeking out immigrants with criminal backgrounds or who have committed crimes here in the States switched to grabbing all immigrants under Trump, including the ones designated “non-crim” (non-criminal). And so men and women who have lived here for years were rounded up with knocks on the door. Filmmakers Shaul Schwarz and Christina Clusiau make an effort to humanize some of the officers here, and you can see glimpses of compassion and confusion on their faces, although they’re careful not to present too sympathetic a portrait of people just following orders. The series focuses on the immigrant families torn apart more than those doing the tearing.

The smartest thing about “Immigration Nation” is its episodic focus. Schwarz and Clusiau break out from that premiere and devote each hour to a different aspect of the immigration nightmare. So the third episode centers on the antithetical concept of deported veterans. Thousands of men and women have fought for the United States in foreign wars only to then be deported. Again, I would like to think that this is a rare apolitical issue and that both sides would agree that those who have been willing to die for this country shouldn’t be forced to leave it, but the fact that this remains a reality at all is only one of many disturbing aspects of this series. Trump and his cronies like to dehumanize immigrants as wannabe criminals, but don’t seem to care about who else gets caught in that inaccurate net. Consider the Salvadoran police officer who used to call in tips about the drug trade to the NYPD before he had to flee his country for his safety. He was sent right back to an almost certain death at the hands of the cartel he had betrayed to help the country essentially damning him with deportation. No one can adequately explain why that is just.

“Immigration Nation” is full of such stories. There’s the grandmother who fled Mexico with her granddaughter after a drug lord tried to kidnap the girl and make her his child bride. The granddaughter was allowed to stay. The asylum-seeking grandmother who raised her was held in a detention center for a year and a half and deported. Any system that does that is broken. And what’s so smart about “Immigration Nation” is how Schwarz and Clusiau take each of the talking points of the current (and some of the former) administration and reveal their blinding inaccuracy to capture the entire immigration experience. For example, episode five centers on the myth of doing it “The Right Way,” while asylum-seeking people are being forced into captivity and deportation. There is no right way anymore.

Many episodes of “Immigration Nation” feel like feature films of their own, especially given the structure that focuses on different parts of the country and different people involved in the system. Episode four, about a construction company that clearly used immigrant labor and then refused to pay them because they know they have no legal recourse, could easily have been a feature-length documentary. The filmmaking here is remarkably detailed and never feels showy or exploitative.

And yet while I would never recommend binging this show unless you’re incredibly emotionally resilient, its greatest strength is in its cumulative power. The issue would have been way too much for many filmmakers to get their arms around with one series, but the total coverage of "Immigration Nation" feels comprehensive and remarkable. By moving around the country and speaking to both sides of the issue—the head of PR for ICE gets plenty of time to spin their side of the story too—“Immigration Nation” offers a more complete picture than anything we’ve seen before on immigration in the Trump era. 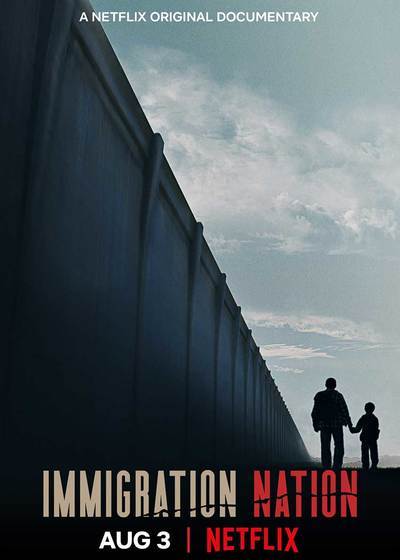