She'll steal your self away

It's really tough to have it both ways.

Let's say you want to do a broad, shtick-filled comedy filled with "Three Stooges" humor, e.g., a character is hit head-on by a speeding car, tumbles over the roof, lands with a cringe-inducing thud on the highway — and suffers nary a scratch or even a hairline fracture. The stuff of cartoons.

Now let's say you want to do an unapologetically sentimental character study in which one character with tears streaming down her face reveals the childhood source of all her emotional pain. The stuff of heavy drama.

"Identity Thief" gives us both of the aforementioned scenes — and while each set piece is executed with professionalism by the filmmakers and the actors (and stunt humans) involved, neither is particularly effective. The car accident comedy doesn't work because by that point, we've grown weary of the violent, consequence-free humor. Then the big reveal scene doesn't work because the movie has just spent 90 minutes telling us these people are cartoons.

Such is the identity crisis suffered by "Identity Thief." It wants to be "Midnight Run" meets "Planes, Trains and Automobiles," but it carries little of the dramatic heft and real-world semi-plausibility of those much superior efforts.

The pairing of Jason Bateman and Melissa McCarthy in a road trip comedy seems inspired. They're two unique comedic talents who always put an interesting spin on a line or a double take, whether starring in sitcoms or effortlessly swiping scenes in big-screen fare. Unfortunately, "Identity Thief" is a depressingly predictable road-trip buddy comedy that's far more interested in car chases, lame shootouts, physical shtick and cheap schmaltz than creating anything original.

Bateman plays Sandy Patterson, a 40-ish account executive for a financial firm who's underappreciated at work but finds comfort in the loving arms of his wife (the always-welcome Amanda Peet) and two adoring daughters. Given his gender-neutral name by a father who was a huge fan of baseball great Sandy Koufax, Sandy becomes the latest identity thief target of Diana (Melissa McCarthy), who must be the least subtle ID thief in North America.

Diana favors outfits so loud they scream, stocks her house like it's a Target store (there's even stuff on the front lawn), keeps all her phony IDs as souvenirs and goes on massive drinking and spending sprees every time she assumes a new identity. How has she not been caught, like, a thousand times?

Thanks to an idiotic premise involving Jon Favreau as the world's worst boss, Morris Chestnut as Denver's dumbest cop and John Cho as the world's worst friend, it's up to Sandy to make his way to Florida, capture Diana and bring her to Colorado. Then it's up to the screenwriter to find ways to keep Sandy and Diana on the road together for a series of wacky escapades, when all Sandy has to do is pick up a phone, dial the authorities and say, "Hey, you know that woman who stole my identity and has committed hundreds of felonies? Got her!"

Bateman and McCarthy have their moments of witty banter, but most of the time they're beating the Stooges out of each other or escaping a bounty hunter AND a couple of assassins. McCarthy does have that one aforementioned dramatic scene and she hits it out of the park — but even that moment is telegraphed a half-dozen times. Whether it's aiming for cringe-inducing laughs or trying to score the big emotional payoff, "Identity Thief" is a cheap copy of much better comedies. Here's hoping someone finds a much better vehicle for these terrifically talented actors. 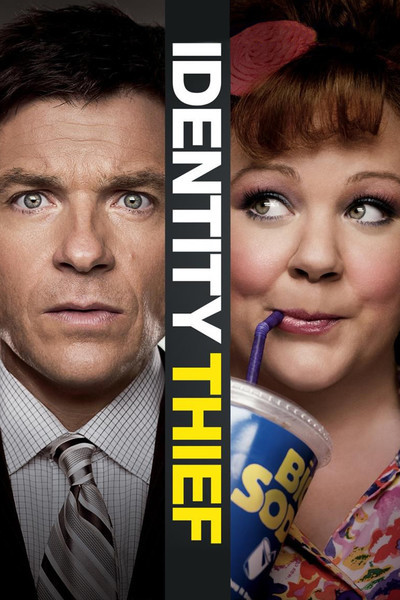