"I Will Follow You Into the Dark" is an atypically thoughtful and moody ghost story. Admittedly, writer/director Mark Edwin Robinson's ambitions sometimes exceeds his imagination, and his latest film was obviously shot on an agletless shoestring-budget. But smart and scary horror films about faith, and loneliness are rare, and for the most part, "I Will Follow You Into the Dark" is pretty exciting. Once his film turns into a haunted house movie, Robinson ("Breaking Dawn," but not THAT "Breaking Dawn") runs into some of the same problems that the "Insidious" filmmakers vaulted into. But unlike those movies, "I Will Follow You Into the Dark" is not only spooky, it's also populated characters you care about. So while it isn't polished enough to be completely successful, Robinson's sophomore feature is consistently compelling, and scary enough to make him a name worth watching.

"I Will Follow You Into the Dark"'s plot seems rushed, but it's unusual enough to be immediately arresting. Mischa Barton plays Sophia, a photographer who loses her will to live after her father dies six months after her mother's passing. Before he expires, Sophia's dad, a minister, renounces his faith. "There's nothing here," he croaks. This is right after he tells Sophia that the only thing that makes life worth living is sharing it with someone. It's a trite sentiment, but it makes sense once Sophia bumps into Adam (Ryan Eggold), a boyish stranger who lives in a haunted condo.

It's often hard to tell where "I Will Follow You Into the Dark" is going because for a while, the film just follows the growth of Sophia and Adam's relationship. Strange things start happening to Sophia right after she starts going out with Adam, like mysterious cuts on her chest and blood in her bedsheets. All we know about these strange goings-on is that they have something to do with Adam, and that his condo's top floor is haunted. So when Adam disappears halfway through the film, it's neither shocking nor especially urgent.

But while the film's plot is distractingly slack, that's only because Robinson is so tightly focused on Sophia and Adam. These characters are too old to be sustain their kittenish, touch-and-go romance, and Robinson knows it. They're young, but not so young that they're not thinking about being alone. So Sophia tells Adam about her creative block, and how she's now convinced that life after death is a myth. Robinson addresses Sophia's uncertainty by representing her instant attraction to Adam through dream-like montage sequences. In a short span of time, we see them dancing together, kissing on the beach, walking side-by-side, and more. These scenes overshadow the film's tackier moments, like when she protests, "What happens if I fall in love with you," and he dopily replies, "Everything," before planting one on her. Barton and Eggold also have chemistry, and that makes up for a lot of top-heavy dialogue, flat line-readings, and one-note body language.

Once Adam vanishes, "I Will Follow You Into the Dark" is mostly effective. Robinson's scenario is as illogical as the "Insidious" films' are. So by film's end, you may ask yourself basic questions, like how is it possible for an apartment building to not have a working staircase, and what kind of landlord lets a tour guide show off his building as a haunted landmark? But once Sophia starts looking for Adam on the top floor, Robinson blusters his way through some genuinely tense sequences.

Some of these haunted house scenes are simultaneously scary, and silly, like the one where a phonograph turns on and off without anyone touching it. The best of these scenes, in which Sophia has to navigate a room full of ghosts, is both great and terrible. Grey ghosts whip past Barton, as if out of the corner of her character's eye. They instantly disappear, then get closer to her seconds later, then disappear again. It's a spooky game of Red-Light-Green-Light-1-2-3, and it's pretty effective until Robinson lets the scene go on for a minute or two too long. Still, the raw materials for a great horror film are here in "I Will Follow You Into the Dark" even if Robinson doesn't always know what to do with them. 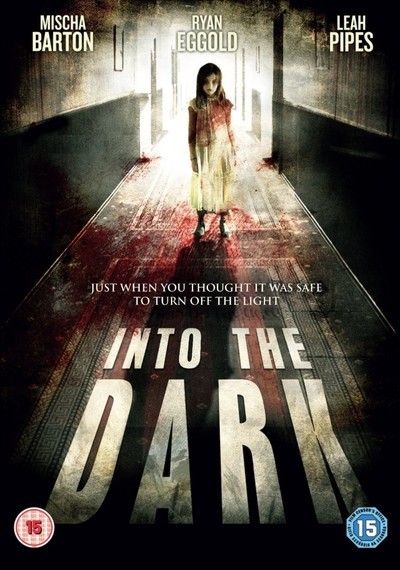