With its studied black and white look, its focus on a tormented young woman and its concern with crimes of the past, the Czech film “I, Olga Hepnarova” might remind some viewers of another recent Eastern European import, Poland’s “Ida.” Yet that film, an international box-office hit that won the foreign-language Oscar, was a fiction brilliantly fashioned into searing drama. Tomas Weinreb and Petr Kazda’s film, on the other hand, narrates a true-life crime but fails to provide an element that might’ve lifted it above tasteful art-house ordinariness—an engaging point of view.

With a fictional film, identifying the story’s climax would constitute a spoiler. But “I, Olga Hepnarova” is based on events that are well-known in some parts of the world. In 1973, the title character, then 22, drove a truck through a crowd of people on a Prague street, killing eight and injuring 12. Captured immediately, she offered no defense and invited the death penalty, becoming the last woman executed in then-Czechoslovakia. Before her crime, and indicating its premeditated nature, Olga mailed a statement to newspapers in which she explained her actions as revenge for a lifetime of abuse and mistreatment at the hands of many people.

In its final scenes, the film quotes this document verbatim. Prior to that, for most of its length, the story dramatizes the unhappy life that left Olga (Michalina Olszanska) so embittered and angry. Even as a teenager, she demonstrates her desperation by attempting suicide. This brings her nothing but a contemptuous dismissal from her mother, who says she lacks the willpower for such a decisive act. She gets no comfort elsewhere at home, either, and there’s even a hint her father is abusing her.

Temporarily committed to an asylum, she’s the girl that everyone else loves to pick on. Is it because the other girls sense she’s a lesbian, or because she refuses to participate in the after-hours sex games they indulge in? Whichever, they gang up and beat her severely in the bathroom, and the authorities offer nothing to help her.

Out on her own, she usually lives alone and gets various jobs, including truck driving. She also begins to act on her sexual desires. In one rock and roll club—among various period settings the film persuasively evokes—she meets an attractive blonde girl and begins an affair. But the girl eventually breaks it off, saying that Olga smells of motor oil.

There are few bright spots in this life. In fact, the only one of note is a fleeting friendship with an older man named Miroslav (Martin Pechlát), who seems genuinely kind though this doesn’t begin to rescue Olga. Mostly, the tale is a steady, unrelieved chronicle of her miseries, one that can eventually leave viewers thinking, “Okay, we get the point—maybe we should move on to the story’s crime-and-punishment phase?”

Olszanska is a very assured young actress whose absorption in the part of Olga leads her to master the art of long stares that suggest an infinity of inner trouble. But this is not the same as having an interestingly written role to inhabit. For much of the film, she wears a dark bob that inevitably recalls Anna Karina in Godard’s films of the ‘60s. The comparison, though, leaves this protagonist seeming too much a referential aesthetic object, not enough a real person.

Indeed, the film’s entire style—its long takes, deliberate compositions and elegantly understated monochrome images—suggest that it was meant to evoke any number of arty French New Wave and Eastern European classics from the ‘60s and ‘70s. As a gloss on such movies, it’s impressively modulated. But the approach leaves the whole feeling overly academic, more an accomplished thesis film than a present-tense breakthrough.

Filmmakers including Bresson, Fassbinder, the Dardennes and others, of course, have dealt with misery-laden heroines like Olga. But their films’ success and importance hinge on the distinctiveness of the auteurs’ understanding of the material, the various spiritual, psychological or sociological meanings they find within it—meanings that supply the crucial bridge between the world and events depicted and the individual viewer.

Weinreb and Kazda seem to think that simply chronicling Olga’s story with a restrained, documentary-like factualness, which takes her statement’s complaints about bullying and the other cruelties visited on her at face value, can substitute for a more complex, probing dramatization of it. But it can’t. We’re left feeling that Olga herself might find their film expertly mounted but still missing a more visceral, pissed-off tone. 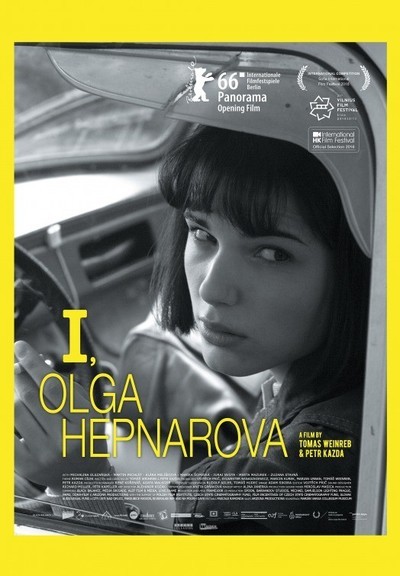