Skye Borgman is an increasingly prominent voice in the true crime documentary industry, as evidenced by the success of her “Abducted in Plain Sight” and “The Girl in the Picture” (both on Netflix), and due to her skill at conveying the details of a case through a clearly empathetic eye. One can tell that Borgman cares about her subjects, usually child victims. True crime docuseries about kids in trouble can often be exploitative, and even the construction of Borgman’s projects sometimes feel like they’re using real trauma in a way to maximize shock value. But what comes through in her work more than anything is how much she truly feels for the people she interviews, people caught in a nightmare they couldn’t have possibly imagined. Her latest subject is Anthony Templet, the young man who uttered the words on June 3rd, 2019 that give “I Just Killed My Dad” its title. He never denied shooting his father Burt Templet in Baton Rouge on that fateful night. So this isn’t a whodunit. It’s a whydunit, and one that forces viewers to ask themselves if we can have empathy for a boy who murdered his father.

From the very beginning, Anthony’s crime seemed unusual. He didn’t carry the same emotion around the crime that someone usually does after taking a life. His calm affect hinted at deep emotional scars, but the early investigators couldn’t have had any idea what they’d uncover in the Templet house. Even Burt’s friends and family didn’t fully grasp the depth of the pain he was inflicting on his family, Anthony in particular. He was an abusive alcoholic, and a deeply controlling human being who monitored his son’s every activity, keeping him away from the world and even an education. One gets the impression that Burt was always a monster, but it turned out that he was particularly protective of Anthony’s very existence because he had kidnapped the boy from his mother in Texas in 2008. Anthony would go on to allege that Burt’s escalating abuse led him to believe that Burt would kill Anthony soon if something didn’t change, and the authorities couldn’t help. He killed his dad because he had no other choice.

The truth is that not all murders are equal, and there are two aspects of Anthony Templet’s murder of Burt Templet that make it fascinating enough for a Netflix series: the history and the aftermath. Borgman’s docuseries spends a bit too much time on the former, sometimes repeating details in a way that feels designed to pad out a feature-length documentary into a series. But what’s particularly frustrating is that the most interesting story here starts when the series really ends. What happens to Anthony Templet now? How does he handle being reunited with the family he was torn from over a decade ago? How does he cope with the trauma of his father’s abuse?

Borgman has a remarkable ability to get a very shy, quiet young man to open up as much as possible, but “I Just Killed My Dad” could have been far more powerful in even just two to three more years. I’d love to catch up with Anthony at that point, when the horror of what happened to him has been placed in the context of what is hopefully a brighter future. The truth is that crime docuseries are so obsessed with case details and courtroom theatrics that the human stories often get lost. Borgman does better than most at avoiding that dynamic, but it feels like her team was rushed into this story a little too early. It’s still being written.

Of course, in the cutthroat world of true crime, waiting to tell the tale of Anthony Templet is probably a luxury that Netflix couldn’t risk—someone else would have made this series first. And Borgman knows that the power of this series is in its final scenes, when Anthony’s cold affect that startled those initial investigators starts to fall away and we see the struggle within coming to the surface. She doesn’t end with salacious details. She ends with the shattered soul at the center of this tale and leaves us wondering if he can put the pieces together again. 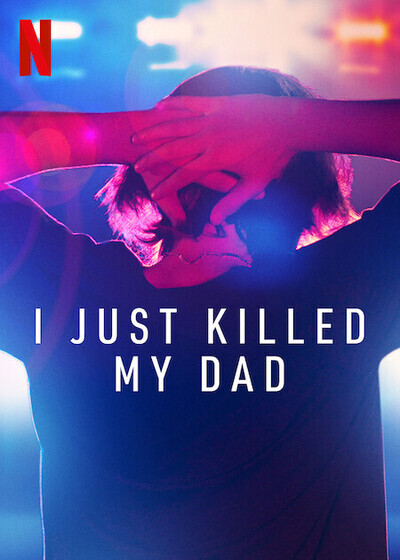