I Believe in Unicorns

Leah Meyerhoff is a major new talent. Her “I Believe in Unicorns” is an accomplished coming-of-age tale that both calls back to the dozens of stories like it that we’ve seen and charts its own course. If it falls victim to a bit too many college film student clichés, it’s easy to forgive Meyerhoff due to the great performance she draws from her talented young star and what this film means for her bright future.

Davina (Natalie Dyer) is a beautiful young girl who trains her striking blue eyes on an older kid named Sterling (Peter Vack) and begins her first rocky relationship. Having taken care of her disabled mother (played by the writer/director’s real mother) and seeing little signs of life in her, she sees a vision of young love as an exit ramp to a better, more exciting place. Davina is at that unique time of life in which childhood and impending adulthood crash and blend. Davina is still into drawings, unicorns, Polaroids—defiantly girly stuff. When her new beau asks her to meet him, she puts on a lovely dress. He rides a skateboard and has a studded leather jacket. They are practically Sandra Dee and Danny Zuko. And Meyerhoff embraces her clichés and cinematic predecessors, especially when composer Sasha Gordon’s excellent work quite literally cribs from “Badlands”.

Davina and Sterling are people dying to get on with life. Bring on adulthood because adolescence with its sick mothers and abusive fathers has been awful. And so they race, head first, into the unknown world, turning a large portion of “I Believe in Unicorns” into a road movie. Meyerhoff expertly recognizes that just because Davina and Sterling want to be grown-ups doesn’t mean that they are yet. Having sex doesn’t make you an instant adult. And so they play games in convenience stores and get into childish fights, which quickly become less childish as they realize there’s no greener grass on the other side of the fence. Not knowing where you’re going in this world can quickly go from liberating to boring, especially when you’re on the journey with someone you don’t really know.

Meyerhoff isn’t the only name to remember from “I Believe in Unicorns,” as the film simply wouldn’t work at all without the committed, fantastic performance of Natalie Dyer. She balances the innocence and desire of her character in perfectly equal measures, sketching a person in that dangerous part of life in which they are not a child and yet also not quite yet a woman. She holds every scene, adding emotional weight to clichés that would have been paper-thin without her work.

“I Believe in Unicorns” sometimes gets a bit too Film School Project and doesn’t quite fill out a feature film (it’s not even 80 minutes with long credits on both sides) but it works on its own terms. Most of all, it is an introduction to two people I hope to see in the next festival line-up I receive: Leah Meyerhoff and Natalie Dyer. 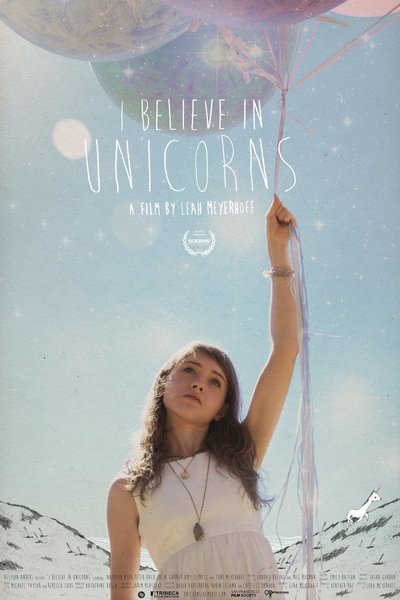