It’s never a good sign, I reckon, when your movie shares a name with that of a British heavy metal band, especially when your movie is a sensitive indie character study. The discontents of "I Am I," the movie, have little to do with any nominal crossover or confusion, it turns out, but they are substantial nonetheless.

Jocelyne Towne, making her directorial debut here, also wrote the script and plays the main character, Rachael. Rachael’s got a complicated life: Mourning a mother who died unexpectedly, running a restaurant that was gifted to her by her generous older husband, and, at her mom’s burial, unexpectedly seeing, for the first time in a lifetime, the father that abandoned her and her mom when Rachael was a toddler. What was the kindly, white-bearded man, Gene (Kevin Tighe), doing there to begin with? Ah, therein lies a tale. In the first scenes showing Gene and his dilemma the viewer might suspect dementia, but Gene’s condition is Korsakov’s Syndrome, a not-quite selective amnesia. As it happens, Gene believes that he’s still in his thirties, that the decade is still the ‘70s, and, so it would follow, he believes that Rachael, his daughter who happens to be the spitting image of her mother, is his wife.

This state of events is definitely awkward and potentially mortifying, but Towne plays it straight down the middle, going for painful this-might-have-been emotion as well as the standard self-discovery stuff. She’s a strong writer of individual scenes, and some of her dialogue is pretty sharp. "I never thought of myself as an event," Rachael says when a doctor tells her that Gene’s memory has completely wiped out particular events from before a given time. The writing does falter with some of the minor character bits, as in a feisty medical-facility receptionist who cracks wise on the vintage wear Rachael adopts on her visits to Gene. To get him to open up, and because he won’t stop believing that Rachael is her mother, Rachael perpetuates Gene’s delusion. Again: potentially mortifying, but again, the story never really goes to the "there" that such actions suggest.

Is this an evasion? Perhaps, but the movie isn’t involving enough to make one bother to call it out on such grounds. The cast, which also includes Towne’s husband Simon Helberg, playing a more earthbound variant of the nice-guy misfit he does on the popular sitcom "The Big Bang Theory," does its job well. The fault is in Towne’s direction. People sometimes complain that flashy, ostentatious visual stylization takes them out of the movie; what took me out of this movie was its flat, lifeless, unimaginative and conventional visual style, beginning with the near-boilerplate opening title montage concentrating on the lead characters’ feet as they go to the respective places to which they go. The drudgery of the shot-reverse-shot exchanges all in medium shot, the doll-house-like placement of the characters in long-take exchanges; Towne’s too-by-the-book approach makes the action seem stagey even when the actors are at their most "natural." This, I think, is what people mean when they talk about a "made for TV" look, but the fact is that nowadays even most TV is more engagingly lensed. If Towne had given herself one less job on this movie, she might have ended up with a more compelling result. 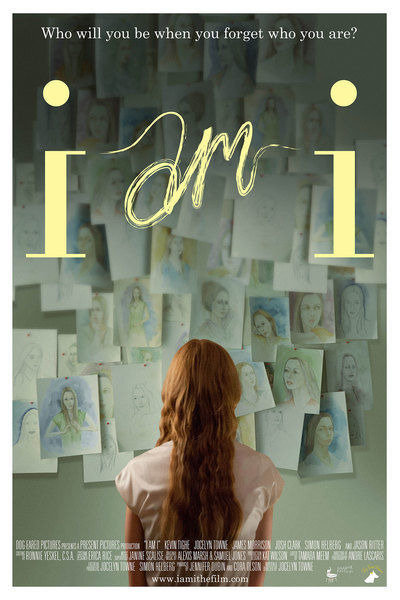