Educational documentaries have evolved from the days of “An Inconvenient Truth” or any number of cable channel show that features war reenactments and static interviews with historians. Now, as production values have increased for a fraction of the cost, some of the latest informative documentaries function like high-end visual textbooks. Adam Bolt’s “Human Nature” fits into this category. Much of the movie is dedicated to the hard science behind the discovery of CRISPRs that has opened a whole new Pandora’s Box of possibilities both terrible and great, but I wish there were more of the human element in “Human Nature.”

As Bolt’s film explains it, the latest discovery will lead to a host of life-saving treatments for debilitating or terminal illnesses. But there’s a dark side to weaning out illnesses, because the same process may be able to help parents change what a number of scientists in the documentary refer to as the germline, the basic DNA that gets passed on through the generations. Here is where the smiling parade of scholars, biotechnicians and academics differ because it opens up the moral question of playing God and potentially eradicating unwanted traits in future generations. As one of the subjects succinctly puts it, “Who gets to draw that line” between what’s moral and amoral genetic engineering.

Tucked into the science-heavy discussion are only a few patient testimonies, which “Human Nature” could have spent more time on. One story follows the parents of a girl whose albinism affected her sight, and they wrestle with the possibilities that CRISPR-led genetic treatment could, in theory, one day give her the ability to see clearly. There’s only really one patient, a young Black boy suffering from sickle cell anemia, who offers a response to the scientists’ quest to cure him: thanks but no thanks. He realizes that his illness is a part of who he is, and he wouldn’t have it any other way. But that’s his choice, and it would be taken away if his DNA sequence were altered before he was born.

Moving beyond the traditional talking head-style documentary, “Human Nature” brings in old footage of great thinkers, sensational old newscasts about the controversy over designer babies, and 3D animated sequences of what the scientists are talking about, from DNA editing to a primer on how viruses work. The visuals sometimes start big and go small, the opening shot of rivers etched into grandiose canyons that give way to the tiniest microscopic vision of cells bubbling across the screen. Other times, the visualizations start small and build up to bigger models, like how the DNA strands eventually build up to a protein like Cas9, which has the ability to be programmed to destroy viruses. To really hone in on the textbook motif, “Human Nature” divides itself into chapters, each introducing a new argument or idea into the mix, and switching up the heady concepts with gorgeous nature photography. Thankfully, there's no pop quiz at the end to make sure your memory’s still in working order.

For all its rosy optimism about the future, at least “Human Nature” doesn’t ignore the potential for failure in order to proselytize the recent findings as a miracle cure-all. The science is still in its infancy, and the documentary doesn’t smooth over the litany of issues and history of setbacks. There are (brief but effective) horror stories of gene-editing studies that gave terminally ill children another fatal illness or the failed cross-species attempts to create organs for humans. The documentary also borrows clips from movies like "Gattaca," "Jurassic Park," and "Blade Runner" to demonstrate different ideas and attitudes towards the topic. However, “Human Nature” only feels like a taste of what’s to come. Many of the procedures covered are still untested and so many ideas are still only theories. At times, it’s easy to feel like you’re listening to more fiction than facts. And it’s worth remembering, after the boondoggle of Elizabeth Holmes and Theranos, that it can’t hurt the biotech industry to get a second opinion. But the film could have used more of a voice and presence from disability advocates and patients who would stand the most to gain or lose by such genetic meddling. After all, the uncertainty of all of this means that no one knows if this will actually work. That’s still only the stuff of sci-fi movies—for now. 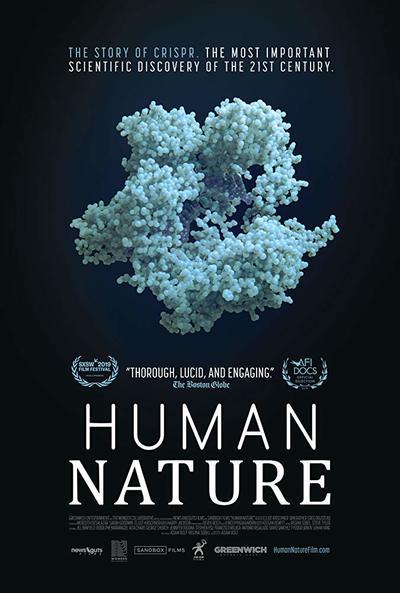 David Baltimore as Himself