How He Fell in Love

“I don’t need that,” Ellen (Amy Hargreaves) says, taking off her wedding ring during her first hotel tryst with protagonist Travis (Matt McGorry). It’s a disingenuous moment that encapsulates the lack of emotional honesty that permeates “How He Fell in Love”.

Directed and written by Marc Meyers, the story follows Travis, an uninspired musician meandering through his early 30's in one of the most lifeless renditions of New York ever put to film. He’s still hung up on an ex-girlfriend/music partner whose wedding he sullenly attends in the opening scene. That is until he gets involved with the older, married yoga instructor, Ellen. Their affair, unsurprisingly, upends their lives and identities, forcing them to address major issues that being together brings to the surface. For Travis, all his issues are brought upon by his inability to do much with his life despite the opportunities. For Ellen, there are more issues at hand, including her faltering marriage to Henry (Mark Blum), who is 20 years older than her. Neither Travis nor Ellen seem to care all that much about the weight of the decision they’ve made and how it affects other people. They’re bored with their lives, and this is just the easiest way to get the change they keep complaining that they need.

If “How He Fell in Love” had more energy and a bit more of a sense of humor it would almost come across as a parody of the sort of aimless, minor key romantic dramas that come out year after year with little in the way to differentiate them. Every choice made for the film, from the mostly white cast of characters to the framing and color palette is offensively generic, even if “How He Fell in Love” is too forgettable to feel like a misfire. The story doesn’t provide the characters enough complications or personality, so it’s hard to imagine it ever being great, even in the hands of a better director. Although, if the actors had more chemistry maybe it wouldn’t be so middling.

This is the film's biggest issue. How can you craft a love story when your leads have barely any chemistry? When these two say “I love you” it comes across like words they’re just trying on to hear how they sound, not because there is any deep connection between the two. Every time they describe their romance as “spectacular” or “indescribable” it becomes more and more laughable.

The acting starts off capable even if it reflects the same lifelessness of the film itself, but as the story continues the performances only magnify script issues that become unbearable. It’s as if even the actors don’t believe the lines they’re saying. An argument between Ellen and Henry towards the end is the best example: She’s become a shrill cliché, he pivots emotionally from calm resignation to fury that’s hard to make sense of since he’s so thinly written. Watching “How He Fell in Love” I was left wondering, who are these people? They have a smattering of personality traits but not much in the way of a well-thought out emotional landscape.

Travis is an especially odd choice for a leading character. He’s not conflicted or charming in the way the character needs to be for this story to work, and McGorry is neither talented nor charismatic enough to make the character come to life. His line readings often come across as if he’s not sure the character is trying to make a terrible joke or is actually being earnest. Ellen is a bit more complicated, as her inability to have kids becomes a major component of her character, but she becomes more and more unlikeable as the film goes on. In a different world, “How He Fell in Love” could be a critique on the ways people chase the high that comes with new, illicit romance despite the obvious danger that lies ahead, but the film is too timid to skewer its characters and make any bold choices.

There are a few interesting subplots that had the potential to say something, anything about the human condition. Monica (Britne Oldford) is Travis’ somewhat girlfriend who wants more from him than he’s willing to give. It sets up what could have been an exploration of the sort of prickly dynamics that come with modern dating thanks to technology and nebulously defined relationships, but Meyers drops that idea before it’s allowed to gain any weight.

At the beginning, I wondered how different the film would be if told from his perspective. Meyers is smart to not make Henry cruel or cold. If anything he’s a good husband who loves Ellen, just not in the way she wants him to, and Mark Blum infuses a sweetness in the character that makes him easy to feel for. This makes the film’s morality complicated in a good way. But again, Meyers doesn’t examine this, instead choosing to write Henry as downright nonsensical during the last act in a way that contradicts how he’s been previously used to create drama. Sure, this provides twists but it doesn’t feel honest.

What makes a good love story in the first place? Chemistry is, of course, vital. The warmth and sexual tension between two actors can elevate a story from being mediocre to outstanding or ruin a potentially great one. A good love story doesn’t need to be grand to impact the audience. There are many love stories with an arc from first kiss to heartbreak that plays in a minor key, but they need chemistry and a point of view to feel like they matter. Despite how much these characters go on and on about their lives and loves, the film itself has nothing to say. 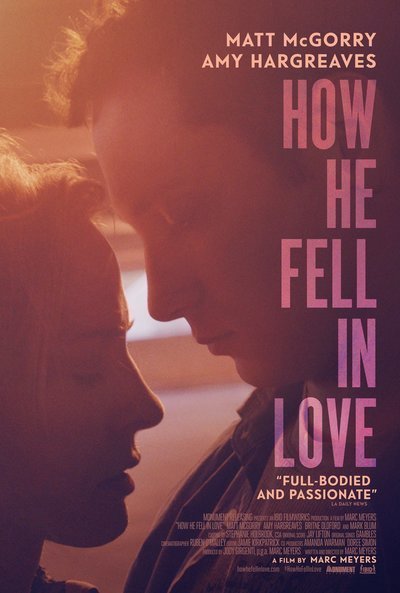