Until I watched the modestly satisfying crime thriller "Honour," I was not that aware of the existence of “honor killings.” Much of the time, these are murders committed in the name of religion by a family when one of their own causes them shame. As the phrase that opens the film says: “Life is nothing without honor.” And death apparently nullifies any dishonor.

This type of murder happens regularly in the insular world of Mob dramas. Just ask Joe Pesci. But to see such a scenario played out in a middle-class Muslim household in the heart of modern-day London is indeed disturbing. The film ends with the alarming fact that 5,000 girls worldwide are killed each year in this manner, according to the United Nations. A common reason? An arranged marriage has been refused or compromised by a woman’s loss of virginity.

Oddly enough, there’s now a celebrity angle to this topic. George Clooney just this week slammed The Daily Mail (which has since retracted its story) for fabricating the claim that the mother of his fiancée, Beirut-born British lawyer Amal Alamuddin, disapproves of their union and that jokes are circulating about his bride-to-be’s life being in danger.

"Honour," for good and bad, is nowhere near as gruesome and downbeat as its subject might suggest. Instead, writer/director Shan Khan in his feature debut embraces the sensational, pulpy side of his story, while mostly ignoring the social repercussions of these harrowing acts. He engages in some noir-infused fancy business by mixing up the order of the narrative and heightens the suspense by placing the action in shadowy urban settings or focusing on surreptitious objects such as weapons and photos

But, in the end, any serious revelations about ethical and moral issues are tossed aside for a rather straight-forward narrative despite its non-linear structure that is buttressed with a few nifty detours that anyone who is familiar with Hitchcock or "The Twilight Zone" might recognize. Whatever impact the film gains from its startling subject is all but dissipated by a traditional rooftop face-off finale and a sort-of happy ending that at least strikes a blow against both bigotry and sexism.

Mona (Aiysha Hart), a pretty British-Pakistani realtor, is tired of leading a double life. At home, she must act the devoted and devout daughter. But, as a stylish career woman freed of the bonds of tradition, she takes up with a handsome Punjabi man who is promised to another. This does not go unnoticed by her stern widowed mother  (Harvey Virdi, who could unnerve even Don Corleone with her utterly calm approach to righteous cruelty) or her psycho-cop elder brother (Faraz Ayub, a teapot-stout brute who has a distinctively nasty way with cursing in Urdu).

Once Mona realizes the lethal fate that is in store for her (the giveaway: her brother tries to strangle her), she goes into hiding. That is when Paddy Considine (a pip of a performer who I first fell head-over-heels for as the immigrant father in 2002’s "In America") enters the picture. Not only is he a hard-nosed bounty hunter for hire who chases down runaways, but an ex-con whose Aryan Brotherhood past is revealed by his tattoos. He is on the verge of changing his racist ways, even searing off one of his offensive flesh designs with a hot knife, when he is hired to hunt down Mona—which complicates matters greatly.

Khan keeps the narrative compact though not claustrophobic and his cast members never overplay their parts, even if Virdi can make biting off a piece of thread from a sewing needle seem like an act of violence. But by putting escapist thrills first, "Honour" doesn’t exactly honor itself by not digging deeper into what apparently is a serious issue of global proportions. 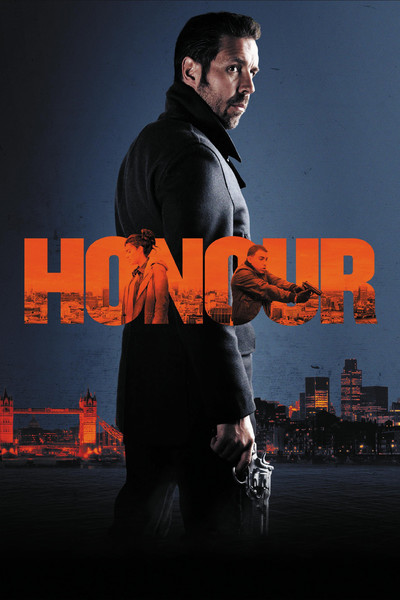