In 1990, a warm-hearted slapstick film called “Home Alone” was a surprise blockbuster hit, breaking the record for the highest-grossing live-action comedy, nominated for a Golden Globe, and followed by three sequels. This quasi-remake, “Home Sweet Home Alone,” keeps the basic storyline about a child accidentally left behind who defends his home from would-be burglars with complicated contraptions. It even includes an actor from the original, and a child slapping his cheeks in astonishment, the original’s iconic image. But it misses the key elements that made both the slapstick and the sentiment of the 1990 version appealing.

The 1990 film featured eight-year-old Kevin McAllister (Macaulay Culkin), who got our sympathy by being neglected or bullied by his large, rambunctious family before they left him behind. In 2021, we have Archie Yates as 10-year-old Max, something of a smart-aleck and a bit spoiled. Yates’ nicely understated delivery is not used as effectively here as it was in “JoJo Rabbit.” To get away from his extended family, Max goes to the garage and climbs into the back seat of the car to watch Road Runner cartoons (a clear inspiration for all of the “Home Alone” movies). He falls asleep there, so he is left behind when his family leaves for Japan and everyone thinks he is in the other Uber.

Instead of the cartoonishly bumbling robbers of the original film, who made it easy to enjoy their downfall, the “home sweet home” is just as important to this film’s intruders, a married couple played by the endlessly likeable Ellie Kemper (Pam) and Rob Delaney (Jeff). They are under a lot of financial stress because Jeff has lost his job as a data migration expert. The way he and Pam refer to “the cloud” as the reason he is out of work is probably the movie’s best joke. Jeff’s obnoxious show-off brother Hunter (Timothy Simons, underused) and his wife and son arrive to make Jeff feel even worse about not providing for his family.

Pam and Jeff have put their home sweet home on the market but not told their children because they don’t want to spoil their Christmas. At their open house, Max sees a collection of old dolls that belonged to Jeff’s mother, including one with the head on upside down. Jeff later learns that it is a rare doll worth $200,000, and he believes Max has taken it. Thanks to the kind of movie (il)logic that would fall apart if anyone did the obvious thing and try to talk about what was going on, Jeff and Pam decide they need to break into Max’s house to get the doll back and Max believes they are trying to kidnap him. So, he sets up a bunch of booby-traps, most very elaborate and with throwbacks to the original, including what is still one of life’s easiest and most painful experience, stepping on Legos.

Unlike the enjoyably lopsided conflicts Road Runner vs. Wile E. Coyote or Kevin vs. the “Wet Bandits,” where there is no ambiguity about whose side we are on, this attempt to make us root equally for the boy left behind and the couple who just want to get back what is rightfully theirs just creates confusion and concern. Pam, Jeff, and Max may make some poor choices, but they are all good people who love and want to protect their families, “even if everything they do makes you anxious, furious, and insane.” As ridiculous as it is for Pam and Jeff to try to break into Max’s house to retrieve the doll, we want them to get it back so they can stay in their home. And as ridiculous as it is for Max to set up booby traps that would impress both Rube Goldberg and Navy Seals, we can understand that he feels vulnerable and is trying to do what he can to stay safe. The original film had a genuinely touching subplot of family reconciliation to add tenderness to the over-the-top pratfalls. This one only gestures feebly at the kind of cozy connections that made the conclusion of the earlier film comforting and even meaningful.

As well-paced and cleverly deployed as all of the slapstick is here, it's hard to watch Jeff get slammed in the head or Pam step on Legos without wincing more than we laugh. 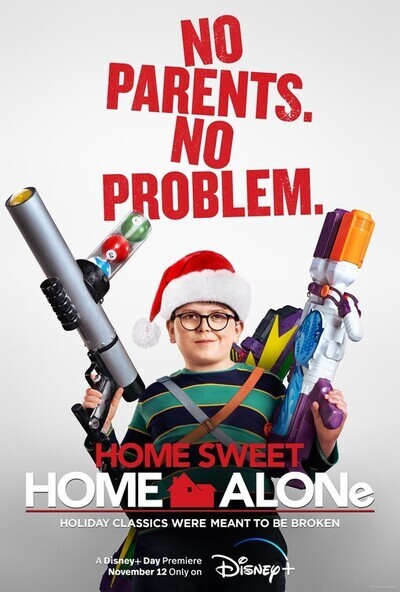 Rated PG for slapstick violence, rude material and some language.