Goodbye to All That

The southern-based playwright and screenwriter Angus Maclachlan makes his film directorial debut with this disarming sex comedy about a fellow named Otto whose hapless inattention to certain salient details of his existence leads to the breakup of his marriage. Otto, played with sly charm and vulnerability by Paul Schneider, is so in the moment that he tends to discount how a given moment might do some damage, as when he crushes his foot tooling around in a dune buggy with his nine-year-old daughter. Later on, that daughter, Edie (Audrey P. Scott, who’s wonderful), tells her mom Annie (Melanie Lynskey), how she’s been praying for her dad, because she “wants God to be nice to him.”

Annie doesn’t feel like being super-nice to him; soon, with the help of a very take-charge therapist, Annie informs Otto that “the marriage is over” and Otto is soon out on his own. Upon learning of the affair that prompted Annie’s action, Otto returns to the dating pool and is both bemused and frustrated to learn that love interests both old and new, played by an array of attractive actresses that go from Heather Graham to Anna Camp to Ashley Hinshaw to Heather Lawless, are largely interested in falling into bed with him and not much else.

There’s a lot of good awkward fun to be had as the viewer simultaneously laughs at Otto’s expense and hopefully commiserates a bit with him. Particularly hilarious and cringeworthy is a scene of a nude sit between Otto and young, lissome Mildred (Hinshaw), who’s very into chat prior to sexual activity. “I like that you have calluses on the palms of your hands,” Mildred coos to Otto, and the look on Schneider’s face as he regards his distinctly un-callused palms (the guy works as a web designer, for heaven’s sake) is priceless. The movie is replete with little eccentric touches of behavior, dialogue and performance. It’s in a totally different register than the two prior Maclachlan pictures I’ve seen, the affectionate and quirky Southern family drama “Junebug” (2005, directed by Phil Morrison) and the intense spiritual allegory “Stone” (2010, directed by John Curran). There’s almost a sense of male wish-fulfillment in the parade of truly luminous women who come into Otto’s life, but this makes the humor of their subsequent eccentricities that much more potent, as in Camp’s sexual super-freak who, after an intense bout with both Otto and a sex toy quietly avers “I wanna read my Bible.”

Otto and Maclachlan seem to embody the same attitude towards women: affection and nearly awe-filled respect combined with a certain amused exasperation. It’s slightly ironic that by then end of this concise film’s story arc, the most ostensibly sane of Otto’s romances makes him the most outlandish proposition, to which Otto replies: “Can I?” Whether he can and whether he does is addressed in the movie’s coda, and movie lovers looking for an unusual, quirky, regionally sensitive (autumn in North Carolina has never looked more appealing in a film) will enjoy taking the brisk, entertaining journey to the place of Otto’s resolution. 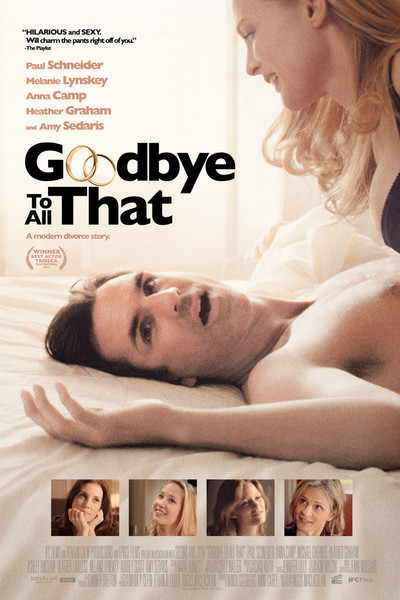