"Giants Being Lonely," about two boys on a high school baseball team, shows impressive filmmaking skills from writer/director Grear Patterson. Familiar, even universal issues of growing up, identity, and intimacy are presented with a lyrical, dreamlike tone. Some scenes are almost a series of stills, as though we are leafing through an old-fashioned scrapbook, with snapshots pasted on black pages, long stretches with no music. The images recall the impressionistic, subjective way our memories are stored.

The cinematography by Hunter Zimny and editing by Ismael de Diego leave much unexplained, letting our imagination fill in the gaps. This is underscored with the leafy, naturalistic North Carolina setting and the near-absence of technology, which give the story a timeless quality and allow for the kinds of missed connections that cell phones and email have all-but-eliminated from contemporary stories.

The title is inspired by the last line of a poem by Carl Sandburg about "old men sitting near the exits of life" who speak of the giants in the old days but understand that all giants are lonely. The epigraph of the film, though, is more existential, telling us that life is miserable and we don't know when death will come, so we might as well play ball.

Patterson is an artist and photographer who brings a gift for visual images to the storytelling. The baseball team's uniforms, from costume designers Bruno DiCorcia and Lex Imgrüth, are a vivid yellow, and some striking images show a player set off against a dark background, at once surrounded by his team and alone. Most significantly, the two main characters, both pitchers on the team, are not related but they are played by brothers with a strong physical resemblance so that we have to remind ourselves who is who and consider how their characters mirror each other.

Those characters are A and B, Adam (Ben Irving) and Bobby (Jack Irving). We first see them with their team in the dugout, the coach barking at them to "find something inside you that's going to propel you to play better." He tells them they are narcissistic and privileged. The boys may not understand that his comments about how girls won't be interested in them unless they have money comes from his own bitterness at the way his life turned out, but we do. It is only later, though, that we learn he's not just the coach but Adam's father, and that he is physically abusive.

Patterson wrote the first draft of the screenplay at age 19, loosely inspired by what he had experienced and observed. It was filmed where he grew up; the house where Adam lives in the film is where Patterson lived with his family. The intimacy of the small Southern town setting feels authentically reassuring and claustrophobic. When Bobby goes to the convenience store, everyone knows him, from the grungy group drinking and smoking by the garbage can in the parking lot to the store clerk and the middle-aged woman customer. He is something of a celebrity as a star athlete. He feels the pressure of everyone's expectations.

All of the parents in the film are too caught up in their own issues to listen to their children, much less give them any guidance or support. Bobby has no mother. His father loves him, but he is an alcoholic and in poor health. Bobby is the caretaker in the family. Adam's mother (Amalia Culp) is cowed into near-silence. She cries silently in the car. And she has an affair with one of her son's teammates, who calls her Mrs. S, even in bed. There is a girl both Adam and Bobby like named Caroline (Lily Gavin). Her mother tells her not to trust boys and kicks her out of the car, saying, "You can walk to school with that attitude. Come home with a smile."

The soundtrack by Ben Morsberger becomes edgy as the film goes along, alerting us that something serious may happen. But the final shot is jarring not just for its content but because it is out of place with the mood and spirit of the rest of the film. It leaves us with the sense that the movie is more an indication of better things to come from these young filmmakers than a work able to stand entirely on its own merits.

Now available on cable and VOD. 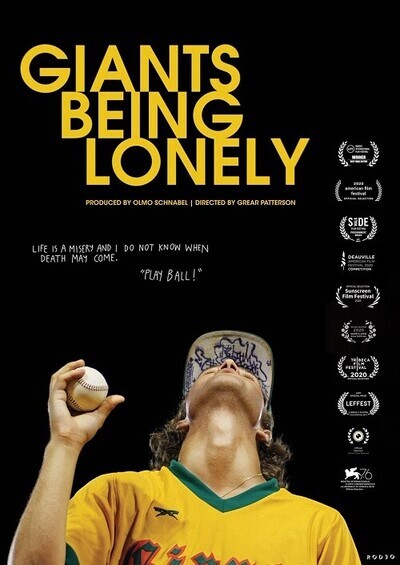