Les Blank’s “Gap-Toothed Women” is an admirable film that all but reviews itself. It is a documentary about women who have only one thing in common: a gap between their front teeth. Blank, one of America’s most prolific and unfailingly interesting documentarians, apparently shot this film on the way to, and from, other projects, whenever he found a woman with a gap between her teeth.

What does it mean to be a gap-toothed woman? To one of the women in this film, the gap was a great embarrassment for her mother. To another, the model and actress Lauren Hutton, it was a quality admired by some and shunned by others. Some directors frankly admired the gap, but others made her wear a false middle tooth. Most of the subjects agreed that, on balance, they would rather have a gap than not.

The women in the film include U.S. Supreme Court Justice Sandra Day O’Connor, the owner and operator of an 18-wheel rig, a woman who is being treated for cancer and another woman who speaks mystically about the special wisdom that comes with having a gap. 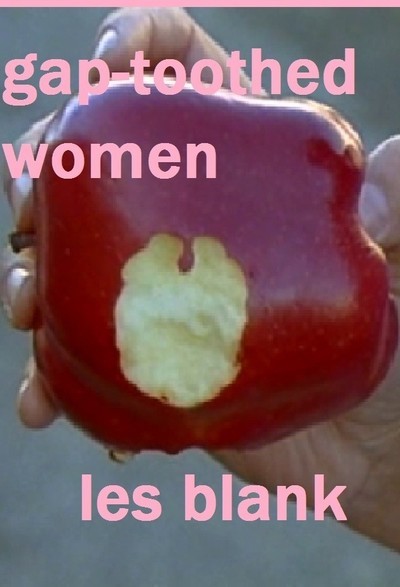