A drama about loss, memory and romantic longing, José Mari Goenaga and Jon Garaño’s “Flowers” is one of those films that proliferates in international festivals but often goes no further, for reasons that speak to both their virtues and limitations: they are serious, thoughtful and tastefully crafted, but also essentially dull and utterly forgettable.

That “Flowers” is, in fact, getting a U.S. theatrical release would seem to owe to Spain entering it for the Best Foreign-Language Film Oscar. Seeing the film, one might wonder if this is really the best Spain could come up with. Even the fact that the film was shot in the Basque language in Basque country doesn’t turn out to be much of a plus, since there’s little obvious evidence of cultural distinctiveness here; the characters and lives on display could belong to some blandly anonymous Eurocountry.

Ane's (Nagore Aranburu) life seems a bit worn, but her dull routine is jarred one day by the delivery to her home of an expensive-looking arrangement of flowers. There’s no note with the gift, and her husband Ander (Egoitz Lasa) says it didn’t come from him. The fragrant presents keep coming like clockwork every Thursday, which creates some conflicting feelings in Ane’s household. The woman herself is understandably flattered by the attention, and curious to know who her secret admirer (if the source of the gifts can be so termed) might be. One day, we see her riding on a packed city bus and glancing around to see if any men are returning her looks.

At the same time, Ander grows increasingly annoyed by the cryptic gifts being showered on his wife. Once the couple figures out which flower shop sends the bouquets, they go there and Ander demands to know why the place doesn’t demand its customers supply IDs. The ladies behind the counter are understandably puzzled—it’s just flowers, after all. This isn’t the last time in the story that giving flowers is imagined as a hostile act.

Once the mystery of Ane’s flowers has been established, the film shifts to another household, where the tensions are more inter-generational than marital. Beñat (Josean Bengoetxea) and his wife Lourdes (Itziar Ituño) are having problems with his tight-lipped, intrusive mother, Tere (Itziar Aizpuru). They don’t intend to have children and she’s miffed at not being made a “gram.” She also has the nettlesome habit of coming into Lourdes’ kitchen, which she calls a pig sty, and cleaning up in a way that leaves everything rearranged. This infuriates Lourdes, who’s mad not just at her mother-in-law, but at Beñat for not defending her.

When the story makes its jump from one set of characters to another, it might seem we’re in a film like “Babel,” which cuts among different people who are not evidently connected. But here a connection is established fairly soon: Beñat operates a crane at a construction company where Ane works in the office.

At this point, roughly a third of the way into the film, the story takes a tragic turn which won’t be revealed here. The result, though, is that the lives of the characters we’ve already met become intertwined in unexpected ways. The downbeat, mournful tone of the narrative’s remainder might remind some viewers of Henry James’ “The Altar of the Dead.” The filmmakers have said their story was inspired by seeing bouquets left by the roadside sites of fatal motor accidents.

Style-wise, the film features crisp, nuanced photography and skillful naturalistic performances from a capable cast—you might call it the house style of many European art films of the last generation: think the Dardennes brothers minus the virtuosity. It contains nothing to offend, but nothing to surprise or inspire, either. 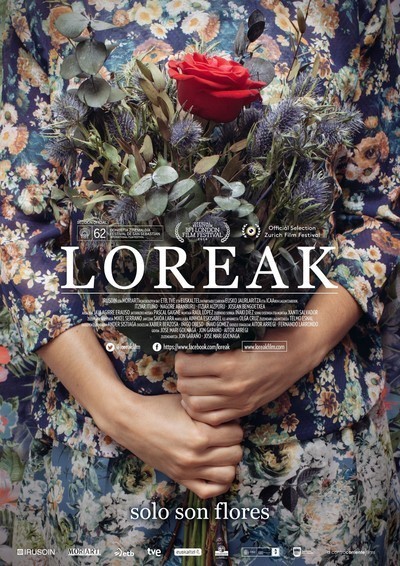