"Exit Plan" begins with a tech-age device: the video last will and testament, delivered via tablet. Max Isakson, whose physically solid exterior (he’s played by Nikolaj Coster-Waldau of “Game of Thrones” fame) belies a mondo milquetoast personality, announces in English his name, and the fact that when whoever sees this sees this, he’ll be dead.

Director Jonas Alexander Arnby, working from a script by Rasmus Birch, brings us back to Max’s life before death. Despite the fact that he’s got an attractive, amiable girlfriend (Tuva Novotny), said life rather looks like a waking death. Max lives in an apartment complex whose design recalls a panopticon. And cinematographer Niels Thastum seems to be shooting everything through a special Hazy Shade of Winter filter.

Max is an insurance investigator, but he’s not an exciting one like Edward G. Robinson was in “Double Indemnity.” He’s looking into a case involving a sort of suicide resort called “Hotel Aurora.” Not coincidentally, he has a brain tumor and seems to be dying from it, so he himself might be inclined to hasten his end.

The movie juggles several time frames and eventually starts intertwining them. None of this distracts from the familiarity of the conventions of the storyline, or the heavy-handedness of the visual metaphor. Shades of “Angel Heart” and “The Parallax View,” not to mention “Coma,” impose themselves thoroughly enough to be utterly obtrusive. Then there’s the striped pajamas that Max wears once he’s embedded at Hotel Aurora, nudge nudge, wink wink.

There’s also that thing where (spoiler alert?) you think you’ve gone to bed with one woman but when you wake up it’s a wholly other woman (do you think this happens a lot in real life because it sure does happen too much in movies). And the “somebody put something in my drink” bit. And the “you’re not supposed to be in here” bit.

All of which is executed with solid professionalism if not inspiration. And Coster-Waldau commits to his dull character sufficiently to be, well, dull. If mid-level dank atmospherics attending well-replayed semi-dystopian “dark” mechanics are sufficient to hook you into a genre movie, you’re all set. If you demand better, this won’t do. 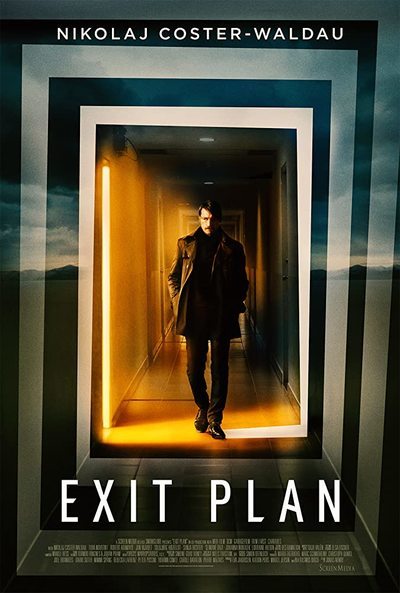