Watching “Elstree 1976," I was reminded of a question that occasionally arose on the Siskel & Ebert TV show. During a particularly negative review, Gene would ask Roger, “Is this film more interesting than a documentary of the actors having lunch?” I've always wanted to see that alternate movie Gene mentioned. Now I feel that I have, because “Elstree 1976” plays like the “Star Wars” equivalent of that lunchtime documentary, except the actors around the table aren’t the film’s most famous players. Instead, the people profiled are known primarily by diehard fans who attend "Star Wars" conventions. Director Jon Spira’s goal is to bring these lesser known character actors to the forefront and discuss what they’re doing today.

This is a “where are they now?”-style feature that might have you asking “but where were they then?” The answer is behind various masks, helmets and prosthetics, all of which hid or partially obscured the performers’ faces. One of the actors profiled is in "Star Wars" for one shot. Another is in the same scene as two different characters, and yet another is entirely on the cutting room floor, his footage the stuff of legend until the advent of YouTube made it available for all to see. “Elstree 1976” also gives screen time to David Prowse, the man behind the most famous masked Star Wars character, Darth Vader.

The film’s title refers to the North London suburb that served as one of “Star Wars”’s filming locations. In 1976, George Lucas cast a number of Stormtroopers, X-Wing fighter pilots, security guards, friends of Luke and even a monster named Greedo, who clearly didn’t shoot first. Assigned to these roles were British character actors, all of whom had careers in the U.K. or Canada before getting the casting call for a galaxy far, far away. Some had been Shakespearean actors beforehand, while others had TV series roles, modeling careers or appearances as extras in other films. Before he was Lord Vader, the 6’7” tall Prowse had a memorable role in Kubrick’s “A Clockwork Orange” and a bodybuilding career cut short by the judges’ hatred of his ugly feet. Another actor, X-Wing pilot Garrick Hagon, had previously worked on stage with Obi-Wan himself, Alec Guinness.

Everyone tells their Star Wars stories, and Spina uses footage from the film as supplements. We see Paul Blake’s Greedo get blown away by Han Solo and Anthony Forrest’s part in the aforementioned cutting room floor footage. Forrest is also revealed to be the Stormtrooper recipient of the Jedi Mind Trick. Pam Rose is shown in her cantina scene and Jeremy Bulloch shows up late in the film to discuss his role as Boba Fett. Even the gaffe of the Stormtrooper hitting his head in the Death Star gets highlighted here, with the actor underneath the mask telling us what happened.

By now, you are probably asking, "Why anyone would want to hear the stories of these people, some of whom have no lines or have their faces covered to the point of full obscurity?" And I have to admit, I asked myself the same question before watching. It’s because this is "Star Wars," a movie series that has had 47 billion fine-toothed combs run through it by hungry fans eager to devour every morsel of it, no matter how infinitesimal. Several of the talking heads in “Elstree 1976” appear at conventions, where the lines to see them have 30-minute wait times. And I’m not just talking about Prowse or Bulloch, either. If you were just in the frame of a shot, people will want to talk to you. This is a level of fandom that’s too deep even for a compulsive like me, and I was there on "Star Wars’" opening day in 1977.

So, at 105 minutes, “Elstree 1976” became a bit of a slog for me. Visually, the talking heads-style of the documentary can be very dull. But two things almost save the film. The first is that the filmmakers’ intended to make more than a "Star Wars" documentary. The big takeaway from this movie is how strange life can be if you happen to be in the right place at the right time. None of the actors on display here had any clue of the worldwide phenomenon "Star Wars" would become. And I doubt you can name another movie where a bit player can be showered with love and affection by fans excited to meet them, even if the actor’s face never appeared onscreen.

The second thing is that I really grew to like these people. There’s an intimacy to the stories of their personal lives before and after their "Star Wars" experiences. The great critic Bilge Ebiri called this film the “'Rosencrantz & Guildenstern are Dead' of the 'Star Wars' Universe," and it’s an apt description. You’re hearing some good stories told from the viewpoints of minor characters. This will hold your attention best if you are a "Star Wars" completist or a super-fan. Add half a star to my rating if you are. 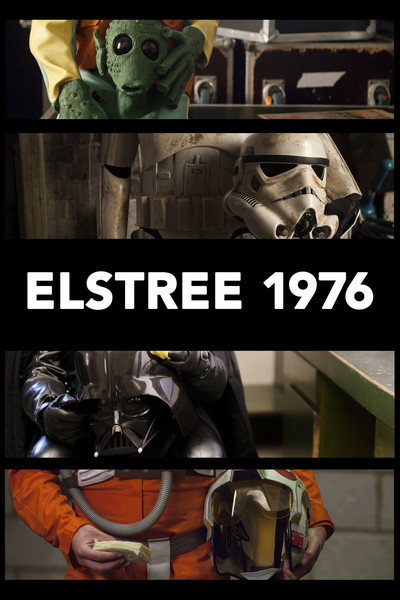 Paul Blake as Himself

Jeremy Bulloch as Himself

John Chapman as Himself

Anthony Forrest as Himself

David Prowse as Himself

Angus MacInnes as Himself

Garrick Hagon as Himself

Derek Lyons as Himself

Pam Rose as Herself