I'll begin this review with a consumer alert: this crime movie is a sequel. That its title contains a colon might have already tipped you off to that, e.g., that "Easy Money" is the name of the franchise and "Hard To Kill" is the latest installment. Or it could, on the other hand, have given you the impression that someone's done a mashup of the 1983 Rodney Dangerfield/Joe Pesci vehicle and the 1990 Steven Seagal/Kelly Le Brock thing.

"Easy Money: Hard To Kill" is neither, rather, the title is a trying-too-hard-and-yet-not-enough Americanized version of the Swedish "Snabba Cash II" which itself actually sounds catchier and clearly signals "sequel." In fact, "Snabba Cash II" is not just a sequel but the second part of a trilogy. Anyway, the ultimate point is, if you DON'T go into this movie knowing it's a sequel, you're gonna have at least 20 minutes of rough sledding ahead of you, because there's no recap from the first movie. The viewer is put into the middle of three cross-cut scenarios of men in trouble. There's not-quite hardened criminal JW (Joel Kinnaman) doing time and in a cell with a onetime enemy, the wheelchair-bound Mrado (Dragomir Mrsic); would-be drug smuggler Jorge (Matias Verela), who's bad luck for his would-be partners and himself; and hapless Mahmoud (Fares Fares), who's in so deep to gangster Radovan (Dejan Cukic) that he's resorting to the pathetic crime of stealing his sister's wedding money. It seems inevitable that the paths of these fellows will cross—and if you know the first movie, you know their paths have crossed before. But if you don't, you just have to go with it.

Like its prequel and already-produced final chapter, this movie is adapted from best-selling crime novels by Jens Lapidus, and director Babak Najafi handles the material with a gritty confidence. Sweden has never looked more bleak (at least not in a color film) as the characters navigate the non-melting pot of Swedish criminality, where Spanish, Arabic, Serbian and other immigrants vie for power and position with native men in power of both the criminal and business categories. On release from prison, JW cheerfully goes to meet the "business partner" for whom he's developed software, only to find the guy's ripped him off without blinking. "Class is something you're born with," the upper-class rat sneers at JW, touching off the latter's hopeless spiral back into the criminal world, a robbery scheme with Mrado. A drug-deal burn leaves Jorge with a human responsibility he's not prepared for (don't worry, it's not an adorable little orphan girl, although she is female), while Mahmoud's debt means he has to do a favor for Radovan—a favor that involves killing a former friend.

Eventually the movie succumbs to the usual contemporary crime-picture commonplaces: a deus ex machina that's kind of ridiculous in spite of how meticulously it's set up, a lot of "look who I've become" chest-thumping from too many characters, and an ending that weighs itself down with forced what-might-have-been poignancy for one of its main players. Which is too bad, because the hierarchies among thieves shown at work here are actually something relatively new in the genre, and worth exploring. Which isn't to say the shootouts are bad. But given the substance that was already inherent in the material, it seems wasteful for the filmmakers to discard it for the sake of one more guns-cocked standoff. 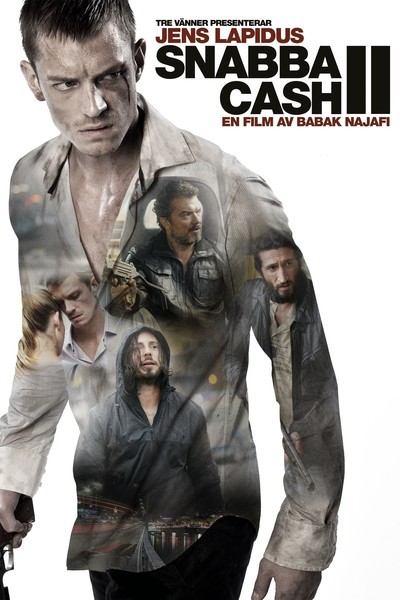