Andrew Dice Clay comes billed as a comedian, but does not get one laugh from me in the 87 minutes of this film. I do not find it amusing to watch someone mock human affliction, and I don't find it funny, either, for him to use his fear of women as a subject for humor. Of course any subject can theoretically be made funny, but just to stand and point is not the same thing as developing a humorous point of view.

An example. We have all known someone who has undergone a tracheotomy, having the voice box removed because of cancer.

Sometimes these people are still able to speak through controlling the air stream in their throat, or by using small battery-powered devices that magnify their whispers. Andrew Dice Clay finds their speech funny, and mocks it in this film. I imagine that tracheotomy patients themselves use morbid humor as one way of dealing with their condition, but Clay is not using humor at all - he is simply pointing, and making fun, like a playground bully.

He has many other targets. The handicapped. The ill.

I think his approach to women is based on fear of them. It is too painful and too consistent to be explained otherwise.

Everything that he says about women is based on the kind of ignorant dirty jokes told by insecure teenage boys among themselves, as they try to conceal their misinformation and bolster their courage by objectifying women into creatures who can be dismissed with the usual crude obscenities. Even then, if he were mocking or kidding this attitude, it could perhaps be funny. But not a single word in Clay's film indicates that he has been able to deal with the fact that women are living, thinking beings. He sees only their sexual organs, fears them, and must punish or conquer them to reassure himself.

"Dice Rules" was filmed in concert (what a word) at Madison Square Garden, which the comedian was able to fill two nights in a row. It is eerie, watching the shots of the audience. You never see anyone just plain laughing, as if they'd heard something that was funny. You see, instead, behavior more appropriate at a fascist rally, as his fans stick their fists in the air and chant his name as if he were making some kind of statement for them. Perhaps he is. Perhaps he is giving voice to their rage, fear, prejudice and hatred. They seem to cheer him because he is getting away with expressing the sick thoughts they don't dare to say.

Comedians have long been a lightning rod for society, drawing down the dangers and grounding them. Some of the most brilliant comics of recent years - Lenny Bruce, Richard Pryor, George Carlin - have dealt with taboo words and concepts. But they bring insight and an attitude to them. They help us see how we regard them. They provide a form of therapy, of comic relief. Not Clay. Strutting and sneering, lacking the graceful timing of the great stand-up talents, reciting his words woodenly, he creates a portrait of the comedian as sociopath.

Crowds can be frightening. They have a way of impressing the low, base taste upon their members. Watching the way thousands of people in his audience could not think for themselves, could not find the courage to allow their ordinary feelings of decency and taste to prevail, I understood better how demagogues are possible. 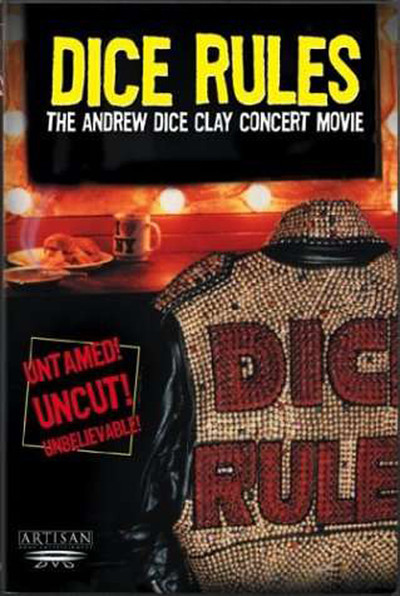