It can’t be said that this movie’s title is false advertising. Cathy Yan’s 2018 feature, coming to streaming in the U.S. this week, opens with a wide-eyed pig farmer coming home from a virtual reality demo to find one of his prize animals unexpectedly turned into an ex-pig. Old Wang (Haoyu Yang) is first befuddled, then highly dispirited as the rest of his animals go the way of all diseased flesh. He, like other pig farmers in the increasingly overdeveloped Shanghai, dumps the useless corpses in a nearby river, where they keep popping up. Like metaphors.

Meanwhile—Yan’s debut as a writer/director is a mostly sturdily constructed, and deftly edited, series of “meanwhiles,” a sprawling narrative of loosely and closely connected people whose lives intertwine in a variety of ways—Candy (veteran actress Vivian Wu), an aggressively cheerful salon owner, presides over her very sleek and modern business while continuing to actually reside in a blue shack in the middle of a wide field of garbage. An awkward American architect, Sean (David Rysdahl) helps mastermind a development with a replica of a Spanish cathedral at its center, and takes a side gig as an “exotic” foreigner at public events after being recruited by model-groomer Angie (Zazie Beetz). Brittle nightclubber Xia Xia (Meng Li) finds a romantic spark with a restaurant worker (Mason Lee, son of Ang). Did we mention this guy is the son of Old Wang, the pig farmer, and that this son pretends to be a great success to impress his dad? And did we mention that the land on which the Spanish Cathedral development is to be built is where Candy’s house is, and that she’s the last holdout preventing the groundbreaking? And that Old Wang and Candy are brother and sister, and that Old Wang really wants Candy to sell out so he can get out of hock to the gangsters he owes?

Co-executive produced by Jia Zhangke, himself a tireless and sometimes trenchant cinematic chronicler of the tensions between the China of tradition and the China that’s ceaselessly, relentlessly pushing itself to a multi-trillion dollar future, Yan’s movie takes a more rollicking, less contemplative approach than Jia’s films. Yan had a career as a journalist before she got into moviemaking, and she brings a journalist’s curiosity about the inner workings of business both crooked and straight to the forefront;  she’s also fascinated by how people are persuaded, and not persuaded, to change their stances on particular issues. And she’s an ace at getting a big bang out of visual contrasts, as between the fetid tract through which Candy makes her way home every day and the glossily kitschy zoo-themed restaurant where Old Wang’s son takes his dad for a mortifying meetup.

Which is why it’s a little odd that at a certain point the movie makes a left turn into something like magical realism, and offers up an eyebrow-raising “united by pop culture” sequence. It’s not a total shock—something about Yan’s film language has prepared us for it—but it also leans into a peculiar “if you can’t beat ‘em, kind of join ‘em” and “go along to get along” worldview. And I suppose that’s something that Yan herself buys into. If you recognize her name, it’s because the film she made after this was not another Chinese-language semi-indie picture but, rather, the DC movie “Birds of Prey and the Fantabulous Emancipation of One Harley Quinn.” 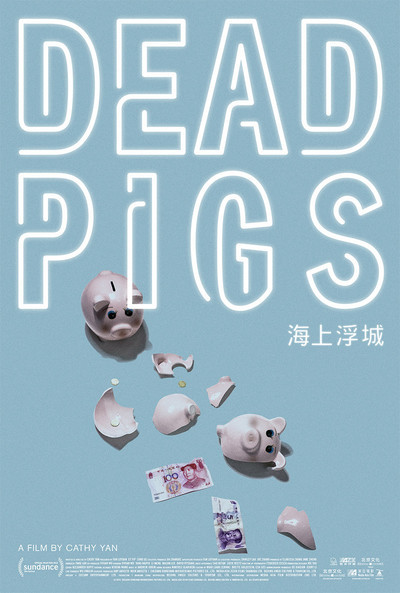