The idea behind David Verbeek’s “Dead & Beautiful” is simple. What if the richest of rich kids were actually vampires? How would they behave? Would it be any different than how they move about the world immune from the rules that applied to everyone else? Well, after a few twists and turns to liven things up, things get kind of messy, and not just for our vampiric characters. The movie also gets messy, trying to have its cake and exonerate any wrongdoings. In the end, did our characters learn anything or did they just perpetuate more abuse onto others?

"Dead & Beautiful" opens with a fancy gathering of billionaire offsprings in Taiwan. In a private lounge above the rest of the plebeian crowd, the five-person crew that calls themselves “the Circle” gathers for a bit of mischief and mayhem. "We've done everything," says Anastasia (Anna Marchenko). The Circle has since taken up treating each other to ridiculously extravagant experiences, and now, increasingly intense pranks, out of boredom. The rich coven of Anastasia, Bin-Ray (Philip Juan), Mason (Gijs Blom), Alexander (Yen Tsao) and Lulu (Aviis Zhong) trek off into the woods for another one of these ostentatious experiences when something goes wrong. They wake up the next day with fangs and bloodlust. Did the rich kids just become vampires?

The second act of the film is easily the most delicious to watch. The Circle loses their carefree cool and pressures each other to try vampiric acts to prove they are what they think they are, a game of chicken no one wants to play. But then the film’s sense of fun unravels in the third act, and returns to that earlier boisterous cruelty. One character insists that as the next scions of wealth, the Circle can be more responsible than their parents, and it makes no sense after watching these young ne’er-do-wells indulge their worst instincts. "Dead & Beautiful" reveals them to be just as heartless as they were when they started, but throws in a Hail Mary line to redeem them and excuse them of what just happened. “We’ll do better next time” feels like a cheap sentiment in this scenario. I’d rather it hadn’t happened at all.

There’s something strangely vacuous about Verbeek’s “Dead & Beautiful.” It’s mirrored in Jasper Wolf’s cinematography, with shiny new homes and glamorous looking clubs that eventually give way to scenes in unfinished high-rises and the greyest, unsexiest shots of a couple having sex on the beach. It’s an uneven approach that doesn’t work. The first and second halves of the movie sell the allure of money and power, while the third shows its downfalls, but it goes too far, taking all of the fun of "Dead & Beautiful" with it. It feels like a scolding against someone who resents these reckless rich kids and all they’ve done, even after we’ve seen them treat others in and out of the Circle poorly. The Circle is flat—an uncaring indifference to anyone but themselves, except for when that selfishness boils over into anger and action. Then they fight.

There are some fun ideas and moments in "Dead & Beautiful," but Verbeek seems to want to avoid offending anyone with the suggestion that the rich are vampires—which is the premise his movie is built on. It would have been interesting to see where that concept could have gone off if it didn't feel the need to apologize for its existence. 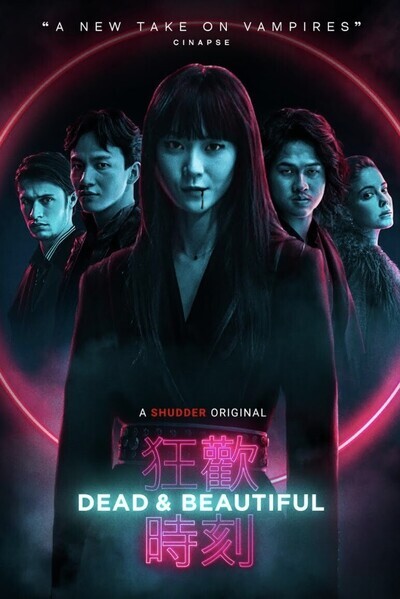