Pseudo-sensitive bro-dude rom-com "Date and Switch" comes out today, and it already feels dated. It's about two high school buddies that cope with the knowledge that one of them is gay. The subject certainly isn't dated, but the film's dull post-John Hughes, sub-Judd Apatow style of comedy is like a just-buried time capsule full of accumulated clichés. You can practically hear a young Anthony Michael-Hall saying "Date and Switch" dialogue like "This is an American tradition. Having sex by prom is a story told over and over again by our greatest writers."

But a lack of on-screen charisma isn't what sinks "Date and Switch". Many of the film's jokes fall flat, like when straight kid Michael (Daniel Braun) nervously nettles his just-out-of-the-closet friend Matty (Hunter Cope) by saying Matty "aspires to handle the scrotum of other men." "Date and Switch" similarly devolves into stuffy clichés when it needs to prove its sincerity. It's like a feature-length sitcom: your assumptions won't be challenged, you won't laugh much, and you'll never be teased outside of your comfort zone. Or, to paraphrase Hall's character in "Weird Science": "Date and Switch" does not live, breathe, or aerobicize.

Best pals since early (well, earlier) childhood, Matty and Michael make a pact: they will get laid at prom. Then Matty spoils Michael's fun, and reveals that he's gay. This wouldn't be so bad if most of "Date and Switch" were about Matty, the one going through major changes. But because "Date and Switch"'s creators are targeting straight viewers, the film is mostly about Michael's gay panic. We see Michael accompany Matty to his first gay bar ("How are you supposed to meet anyone?" "I think you dance until somebody's dick slips into you."). And we see Michael look up "gay" in Google Image Search right before his hipster Mr. Belvedere dad Terry (Nick Offerman, of course) walks in on him.

After that, Michael panics even more when he finds out that Ava (Sarah Hyland), an attractive girl, had sex with Matty. At the same time, while Michael's mind is blown by the spectrum of sexual preference, Matty dates Greg (Zach Cregger), a quirky, sensitive, but rugged gay dude (they bond while watching Mexican wrestling!). Their relationship is inevitably threatened by a contrived twist, but you never get the sense that Michael could feel as hurt as Matty.

The monotony of Michael's selfish crisis is what sinks "Date and Switch". His anxiety pervades every interaction in the film, even a rare non-gay-related interaction. In an especially obnoxious scene, Michael helplessly yells at a Mexican car mechanic that his car's bumper was not properly replaced. Michael can't speak Spanish, so his protests fall on deaf ears. Luckily, the girl he's with does speak Spanish, and yells at the mechanic on his behalf until the probably-underpaid foreigner is compliant and smiley.

This is an exceptionally bad scene, but it says a lot about who "Date and Switch" is for, and how its creators try to connect with their audience. Michael's bumper-bowling-safe road to not being such a dick is paved with weak punchlines, and lame pep talks. The spectrum of tedium this film runs is vast, from Terry's nonsensically vague insistence that "History is a powerful thing, Michael. Home is a powerful thing" to Michael's joke comparison of gay club Monsoon to "Europe." It's not unbelievable, just desperately unpleasant.

But what would you expect from a film that's similarly clueless about Matty's first queer romance? Greg's the more experienced lover, so it's not surprising that he's more dominant than Matty. But the way that power dynamic is expressed is usually unbelievable. Matty's meet-cute with Greg is absurd—Greg's the one that hit Michael's car—and so is the way they bond during the aforementioned Mexican wrestling match after Greg describes a crippled wrestler called "El Scientificos Mexicos" as "the Mexican version of Stephen Hawking." There's no real warmth in these scenes, just a maddeningly frustrating ersatz attempt to show how young gay men aren't all effeminate, sex-crazed, or abnormal. 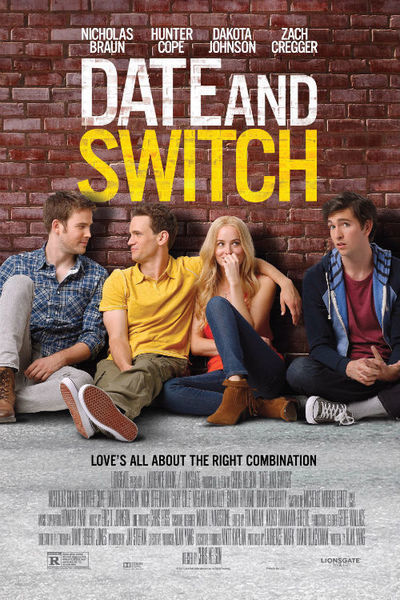