Who exactly is Disney nature documentary "Born in China" for? The obvious answer is baby-animal-loving kids and their parents (sorry, stoners!). But realistically, much of "Born in China," which revolves around four animal families as they face challenges together, is for parents. The film patly confirms what "The Lion King" already taught '90s kids: we should take comfort in knowing that everything in life is natural when seen as part of the "circle of life," as surprisingly effective voiceover narrator John Krasinski reminds us. Animals live, die, grow apart, and then come together again: all of these major changes are completely normal.

Still, if children are supposed to learn anything from "Born in China," it's only because the film conforms to the Heisenberg Parenting Principle: the act of being observed by your parents means that you act differently. This is a movie designed to teach kids life lessons that are inoffensive and trite enough to pass muster with mom and dad. It's a film that anthropomorphizes animals' actions for the sake of applauding the sacrifice of parents like snow leopard Dawa, the ferocious mother of two cubs, and panda Ya Ya, the over-protective mother of Mei Mei. The film doesn't offer anything new, and doesn't stop pushing "Family" until even the cutest animal seems to be lecturing you to listen to your parents.

Throughout "Born in China," animals' lives are ostensibly made more relatable through voiceover narration that establishes sentimental character arcs for each group of animals. There's the chiru, or Tibetan antelope, a group of animals whose stories are limited to child-birth, child-rearing, and child-saving (from hungry wolves). Next there's the golden-snubbed nose monkeys, a group defined by playful young male Tao Tao's rejection and reunion with the family he runs away from in order to hang out with a group of fairweather male monkey friends called "The Lost Boys." Dawa protects and feed her cubs, and Mei Mei tries to break free of her mom long enough to climb up a tree.

All four of these stories serve to reassure parents. Sure, there are scenes that tell kids that they are ultimately the masters of their own destinies, but these moments are fleeting since everything boils down to "family comes first, and without them you are nothing." The chiru are a unit: they escape from peril together, and are never defined as individual members. Tao Tao's dalliance with the Lost Boys ends after he realizes he can't keep warm during the winter with a bunch of selfish monkeys, and now must run back home to his family. Dawa struggles to feed her cubs after she injures herself; the cubs are completely useless, and just cower behind her at a distance. And Ya Ya seems to exist only to feed and look on admiringly as Mei Mei rolls around and tries to get into a tree (any tree).

Never mind that these are animals, not people that we're talking about. If we accept "Born in China" as being as educational as an after-school special—but with baby animals!—then surely we can judge the film based on its life lessons and the way it relates them. Through over-edited footage of animals running, jumping, and climbing around their natural environments, we see a microcosm of characters who are entirely defined by their co-dependence on each other. There's a weird tension between the lesson that you're supposed to learn, and the way the animals' juxtaposed stories teach you those lessons. Be independent like Mei Mei, but don't be surprised if you find the world outside of your family to be full of perils, like the chiru's wolfy foes, the antagonistic snow leopards that try to steal Dawa's turf, or the Lost Boys who don't really care for anyone but themselves.

That kind of pseudo-balanced consideration of life's cyclical changes makes it hard to just turn off your mind, and laugh at inoffensive animal pratfalls, or mindlessly coo at the sight of baby animals yawning. "Born in China" is not necessarily kiddie propaganda since it's a Disney documentary, but that's no excuse for its creators' lazy attempts at pandering to parental viewers. If you're so delusional as to think that cute animals will convince your kids to trust you implicitly, then you ought to save your money, and save up for a good wine cellar. Forget the nature doc: you're going to need plenty of libations for the lonely, child-free years ahead of you. 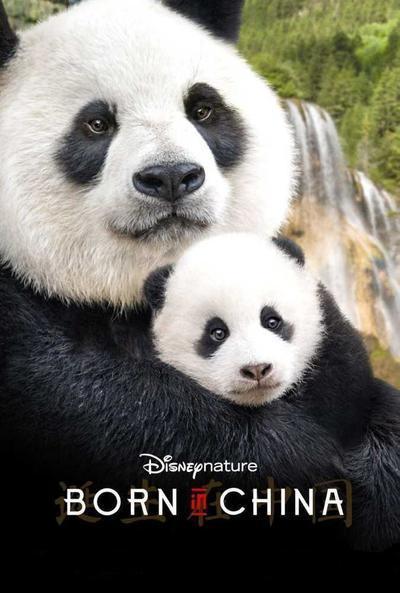