Remakes aren’t inherently a bad idea, but there’s something about trying to recreate unqualified masterpieces that feels particularly treacherous. Michael Powell and Emeric Pressburger’s 1947 adaptation of Rumer Godden’s novel Black Narcissus is an absolute stunner, an Oscar winner that startled audiences when it was released and still kills—I made the arguable mistake of watching it again before checking out its remake to see how it holds up and the good news is that it’s still flawless (and available on the Criterion Channel). And yet I still went into FX’s three-part mini-series remake, premiering on Monday, November 23rd, with hope. How would they update this story? The filmmakers must have known about the bar set by the original—so they wouldn’t dare to retell “Black Narcissus” without a really good reason to do so, right? Not exactly.

FX’s “Black Narcissus” struggles for three hours to justify its existence. Naturally, by virtue of length, some characters and themes get more screen time than in the 101-minute original. But none of the expansion registers as valuable. Honestly, if I had to attest to what the longer runtime does to the story, I’d have a tough time figuring it out beyond sheer repetition and a slower build of anxiety and dread (offset by the tedium that comes with that slower pace). As if they were too scared to really move beyond the text of the book and original film, there’s not much narratively significant here that’s not in the sources. Which, again, leads one to ask, why bother? Successful remakes like “Invasion of the Body Snatchers” or “The Thing” found entirely new ways to tell their stories. This is almost closer to Gus Van Sant’s “Psycho” in that it’s so reverent to the material that it feels like it has nothing new to say.

Luckily, the production values and ensemble make the repetition at least bearable. The underrated Gemma Arterton steps into the shoes of Deborah Kerr to play the role of Sister Clodagh, who leads a convent of nuns newly assigned to a remote Himalayan palace. Clodagh is sent there by Father Roberts (Jim Broadbent) and Mother Dorothea (Diana Rigg, in her final role). When she arrives, she meets the charismatic Mr. Dean (Alessandro Nivola), who serves as both a guide to the area and something of a temptation. Issues of cloistered sexuality, regret, devotion, and cultural differences once again arise in the story. With more time, one might expect more subplots for different sisters on this mountaintop but writer Amanda Coe and director Charlotte Bruus Christensen focus mostly on the triangle of Clodagh, Dean, and Sister Ruth (Aisling Franciosi), who starts to unravel from pretty much the minute she gets there.

“Black Narcissus” constantly seems like it’s about to start exploring an interesting idea only to flit away to something else. Powell & Pressburger weaved their themes through their story, with a timeliness in 1947 regarding British-Indian relations that feels like it’s been removed entirely from this version. The cultural differences here are shallow, often used to build dread like the warnings of a codger who tells kids not to go to Camp Crystal Lake again this year. The original film's honest sense of beauty with its setting and people sometimes feels betrayed here for the sake of atmosphere.

Perhaps the reason for that is that the creators knew that the stakes of this story are thin for an 180-minute telling of it. “Black Narcissus” too often spins its wheels, and then, somewhat like the original, hurtles towards its dark ending. Whereas that ending was enhanced by Powell & Pressburger’s amplified use of color and dread in the second half of the film, here it feels like a different show (and maybe a better one given most viewers will feel like nothing has really happened until then).

Nivola and Arterton are solid if unspectacular—Broadbent and Rigg are sadly wasted—but Franciosi is doing something memorable here. She pushes through the tedium to present a character who exists on mental thin ice from the minute she gets to the Himalayas. Kathleen Byron’s unhinged performance in the same role has been criticized by some over the years, but Franciosi finds a way to build on it and make the character her own. Sadly, she’s practically alone on this remake mountaintop. 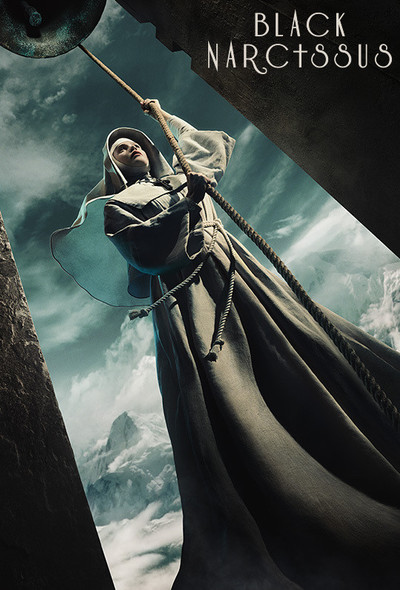