Emmanuel Osei-Kuffour Jr.'s fascinating directorial debut “Black Box” concerns the lifeline of memory, and one man’s lack of it. Mamoudou Athie stars as Nolan, a photographer who survived a car accident that took his wife and gave him amnesia, making it hard to connect with his daughter. In their sweet but heartbreaking relationship, she has taken to writing reminders about regular domestic functions on Post-its, scattered throughout the house. But when it comes to his wife and the relationship they shared, he has many questions, which eke out from Athie’s sensitive performance. It's a grounded approach to a profound crisis, in which Nolan is dying to know what kind of husband he even was.

Nolan finds some experimental treatment under a brilliant neurologist named Lillian (Phylicia Rashad), who is especially interested, if not forceful about trying to help Nolan parse through his memories. Her method involves using hypnosis and a "black box" to help him go back through select bits of his past, as if he were “walking in [his] own shoes.” But as Nolan revisits major points in his life, like his wedding night, or an old apartment, he starts to see creepy images—contorted figures with blank faces and cracking bones speed toward him like spiders.

Written by Emmanuel Osei-Kuffour Jr. and Stephen Herman, “Black Box” is a little wobbly in balancing its science-fiction logic and some wholesale horror thrills, but to the credit of debut director Osei-Kuffour Jr., both genre elements have their place. The movie starts off only feeling small, learning about our protagonist as he learns about himself, while Athie shares screen-time with Rashad who is playing her mysterious character with a certain broadness.

The lo-fi surreality of "Black Box" blossoms with an excellent and twisty third act, one that plays with the confines of this science but also adds gripping nuances about memory and identity. Nolan's memories of being a father and a husband are not just the good ones, and the script earns painful moments you might have never thought it would go for when you first hit Play. It’s an exhilarating type of sci-fi indie that sets its own rules, and by the climax you’re following along as it reaches grandiose themes on its own terms. If you described certain scenes out of context, it would be incredibly confusing; in Osei-Kuffour Jr.'s confident hands, they're like bizarre bits of theater that further show how unique "Black Box" is.

It takes a special mix of ingenuity and daring to actualize a project like this, something that Osei-Kuffour Jr.'s unmistakable influence and inevitable peer, Christopher Nolan, has proven in the past. When you watch a debut like “Black Box,” you just know that the director is going to be around for a while. 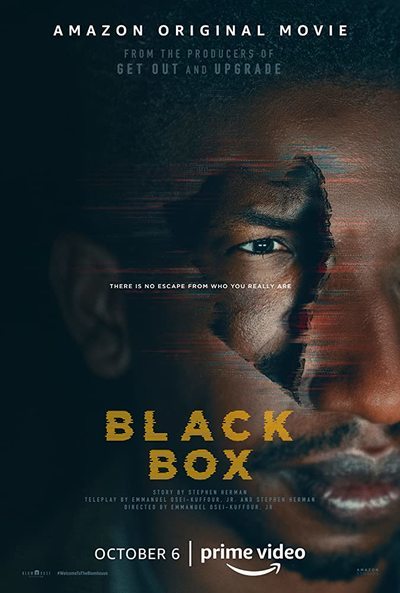