Brian Welsh’s “Beats” tells the story of two teenagers, Johnno and Spanner, in Scotland, circa 1994, who revere music and rave culture, where people gather to dance, experiment with the hallucinogenic of their choice, blast their beats-driven techno music and who have to do it away from an authoritarian, watchful eye (rave culture had been banned in the UK via the Criminal Justice and Public Order Act of 1994). A local outlaw DJ helps fuel the rebellion with his underground radio show and encourages every one of his listeners to “fu-- the law!” and congregate for a rave at a location that only people with the right connections can access.

Johnno (Christian Ortega) and Spanner (Lorn Macdonald) have been pals for life but Spanner is the kind of friend your parents warn you about. He comes from a home with no parental supervision, but a brutish older brother, Fido (Neil Leiper). As a result, Spanner acts without any authority figure to tell him otherwise and Johnno’s mother (Laura Fraser) would rather not let Spanner through their front door for a visit. Things get worse when Johnno’s new stepdad (Brian Ferguson) comes into the picture, a cop who must uphold the law against raves and rave culture. Soon, Johnno and his family will be moving away from where such things exist, a smaller, quieter suburb away from the likes of Spanner and his kind. Before the big move, though, Johnno and Spanner steal some money and enjoy one last night at a rave where they risk getting busted by cops while taking drugs that could impair their ability to deal with reality and listen to music their parents don’t understand, but which fills them with youthful joy.

So begins a beautifully photographed black-and-white odyssey that takes place over the course of an evening, in which our teenage protagonists discover new comfort zones, psychedelic trips, and that their heroes aren’t infallible. Welsh makes a point to highlight the importance of music and the power of mass communication by making the tiny, lit, red power button on the radios the only thing in color. It’s a beautiful touch that makes the device as important to them as smartphones are today. Throughout the film, in a series of misunderstandings and betrayals, Johnno and Spanner’s friendship is always put to the test (of course) but the rush of being in the moment as teenagers, and doing something they know could get them into heaps of trouble is never lost on them. It’s their time and they seize it; bruised, but elated.

Welsh’s frequently funny and moving “Beats” accomplishes a lot in its seemingly simple story of a fragile friendship. The “Footloose”-like law of the land will likely be an eye-opener for many viewers. Welsh and co-screenwriter Kieran Hurley (who wrote the original play upon which this is based) underline the absurdity of it by quoting the law word-for-word with an appropriate sneer and middle finger in its general direction. The unfortunate result of this law, when enforced, will likely remind viewers of news footage we see today. Yet, “Beats” never comes off too heavy-handed and remains mindful of its strengths.

The biggest strength, of course, is Ortega and Macdonald, who have great chemistry. These two actors know exactly who these guys are and their history comes through naturally. Ortega’s meek and standoffish Johnno is someone who needs to be forced into an uncomfortable situation in order for him to grow, while Macdonald’s Spanner needs to be pushed especially hard into adulthood, lest he turn out like his older brother. Spanner might not be long for this world, and will find ways to cling to this friendship for the rest of his days. The friendship between these two gives the film its momentum whole also providing its shades of melancholia.

“Beats" remembers what it meant to be a teenager during a specific time and place when music and dances could actually be outlawed. It was a horrible time, much like today is a horrible time. Maybe that’s when teenagers get their best ideas and when rebellion becomes more of a reaction against those systems and a little less about home life. Watching Johnno and Spanner release themselves from the shackles of responsibility and the rule of law is one of the great joys of the year and a reminder that we all need that little push toward growth. An act of rebellion against any system can foster that in unexpected ways, no matter how old you are. 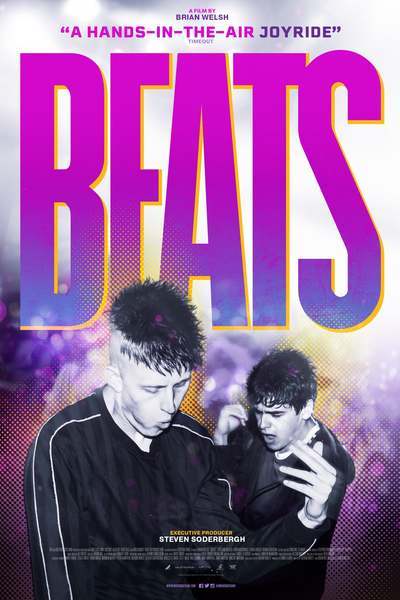 Writer (based on a play by)