One might not suspect that a film with the innocuously summery title of “Beach House” that is set in the posh Hamptons would contain goose-bumpy echoes of ‘Shadow of a Doubt,” “Night Must Fall,” the tale of Bluebeard and giallo-style Italian horror films. But as the director, co-writer, editor and composer of ominous piano tinkling heard on the soundtrack, Jason Saltiel is nothing but ambitious when it comes to this semi-successful creepy thriller that, intentionally or not, pushes the #MeToo buttons perhaps a little too hard.

Give him credit, however, for somehow making a suspense yarn located on the sun-drenched shores of Long Island that is imbued with noir-style suspense with only four main characters. While shadowy nighttime lighting does a lot of the heavy lifting, as does quick flashes of disturbing images that make us wonder what we are actually seeing, casting is key. And, in this case, he gets three of the four of his acting choices exactly right.

As an impertinent and self-involved 20-ish New York college student, up-and comer Willa Fitzgerald’s Emma is a literary major who bemoans her privileged upbringing that has denied her a life filled with the right kind of experiences to inspire her attempts at writing. As an alum of such TV series as MTV’s “Scream,” PBS’ recent “Little Women” miniseries and one of the stars of the anticipated big-screen adaptation of the Pulitzer-winning “The Goldfinch,” the alluring Fitzgerald’s presence could very well draw a young female demo to arthouses. She nails her character’s initial immaturity and self-doubt as a scribe (got to love that Emma scribbles in what is a labeled a “decomposition” notebook), traits that cause her to snidely lash out at every suggestion and concern expressed by her mother, Catherine (in-demand character actress Orlagh Cassidy). Meanwhile, stepfather Henry (Thomas M. Hammond) attempts to maintain the calm as a cool-headed referee.

Then a distraction arrives in the handsome form of Paul (Aussie actor Murray Bartlett), a blast from Catherine’s artsy bohemian past. From his wolfish gray beard to his not-quite-genuine smile, this so-called conceptual photographer seems like trouble with a capital T, especially when he zeroes in on the vulnerable Emma, who is drawn to the attentions of an older possible mentor. Warning signs flash early when she sees his rather gruesome recent work: Polaroids depicting his recent ex, Hanna, as a nude Charlotte Corday killing Jean-Paul Marat in a blood-soaked bathtub. But the fact that he takes her seriously softens her defenses and pretty soon she is having erotic dreams about him. What Emma doesn’t know, however, is that Paul has bragged to her stepdad about how he tosses away his paramours when they get to that “clingy” stage – or as Henry calls it, “Muse ‘em and lose ‘em.”

Initially, Fitzgerald grates as a know-it-all millennial who, despite “killing” her final exams, wants to put off going back to college and instead stay with a friend in Berlin against her mother’s protestations. But after Paul enters the picture, she sees an opportunity to learn more about life with an older man who was once involved with her mother. The actress, with her aristocratic nose, dark horn-rimmed glasses and cascade of golden hair, suddenly transforms from entitled brat into a Hitchcock blonde type who is both temptress as she brags about her supposed affair with an older teaching assistant as well as a potential victim. In real life, Fitzgerald is 27. But she can summon the sort of unworldliness—from the way she sits to her character’s “I don’t care” body language—to make us believe that Emma, despite her caution, would leave herself to be open to becoming Paul’s prey while also being suspicious about  his intentions.

It is too bad, then, that Bartlett’s Paul does not have the Svengali-like goods to make us believe he could fool not just Emma but her mom and stepdad for such a long time. He gets the character’s charm but underperforms his potentially sinister side. Also not helping is how Saltiel’s conclusion feels ultimately preposterous and somewhat unsatisfying. The novice filmmaker has said he wants to call into question the morality behind the act of creativity when it comes to artists and those who support them. But thrillers most need to thrill, and this left me somewhat cold and unfulfilled, no thanks to some murky cinematography at key moments. The good news is this is the second recent film after “Hereditary” that has cited “Rosemary’s Baby” as an influence—a choice I support wholeheartedly. 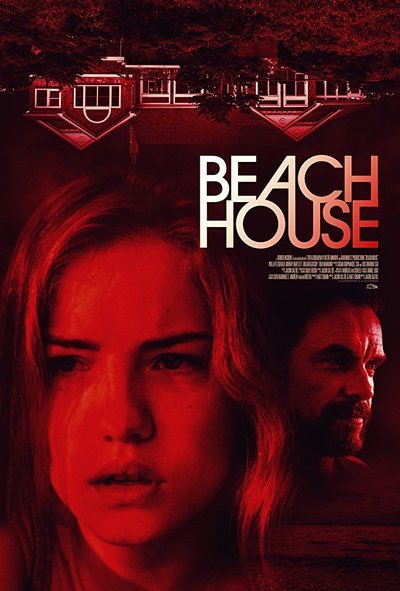