Like the psychic boy of “The Sixth Sense,” the haunted hero of Michael Petroni’s “Backtrack” sees dead people. He’s not so quick to recognize them as such, though; audiences might more readily pick up on the insinuating clues. Psychiatrist Peter Bower (Adrien Brody), after all, practices in a hushed office that seems located in the Australian precincts of the Twilight Zone, and his patients, if not composed of shimmery give-away ectoplasm, are all decidedly odd.

There’s a stodgy middle-aged musician who claims to play in a club that Bower knows closed many years ago. The guy thinks it’s 1987 and that Ronald Reagan is president. Others under Bower’s care evince similar chronological delusions. But the oddest is a hooded girl named Elizabeth Valentine (Chloe Bayliss), who appears with the unannounced alacrity of a spirit and seems to harbor a terrible secret.

Troubled, Bower seeks advice from his friend and psychiatric mentor Duncan (the venerable Sam Neill). Even before their first conversation takes place, we learn that Bower is staggering through life carrying a heavy load of guilt. Not too long before, his little daughter Evie was killed in a roadway accident when he was momentarily distracted. (The dead daughter motif will remind some of Nicolas Roeg’s far creepier “Don’t Look Now.”) Duncan readily grasps the sign that this tragedy and Bowen’s current perplexities are connected: Elizabeth Valentine’s initials contain Evie’s name.

Before long, the mounting weirdnesses he faces propel Bower back to his small hometown, where all the previous references to 1987 begin to add up. Though he has blocked the memory from his mind, that was the year when 47 people were killed in a horrific train wreck outside the town. Looking at newspaper clippings about the accident leads Bower to the realization that there’s a connection between his recent caseload and the train’s list of passengers, which included one Elizabeth Valentine.

There’s more. Bower was a teen in 1987 and he and a friend were out spying on a Lover's Lane near the train tracks when the accident happened. Could they have had something to do with it? And why doesn’t he get any help with his investigations from his surly, alcoholic dad William (George Shevtosv), who was the police chief assigned to investigate the crash?

There are several further levels of discovery (and mounting horrors) beneath the ones described above, such that every guilty secret in the story seems to hide other, more drastic ones under it. Psychiatrists speak of “screen memories,” uncomfortable (and often false) recollections that disguise more deeply painful actual memories. “Backtrack” is like a layer-cake of those, a conceit that has the upside of keeping the viewer engaged with trying to puzzle out the story’s deeper truths, but the downside of recalling too many other movies that have played similar games in more startling and innovative ways.

Petroni, in any case, is a skilled storyteller with a strong visual sense. Even before the tale takes us back to Bower’s hometown and its fateful train tracks, trains become an omnipresent visual motif, one that seems (much as in Hitchcock’s “Strangers on a Train”) to suggest all the complicated, and potentially catastrophic, connections between the characters. The director’s way of handling action is similarly deft, usually relying on carefully orchestrated atmospherics that are only occasionally goosed with horror-movie shock cuts.

Along with excellent work by cinematographer Stefan Duscio and composer Dale Cornelius, Petroni elicits sharp performances from his estimable cast, especially Adrien Brody. Sporting a very credible Aussie accent, the actor easily proves that his elongated visage and deep-set eyes are ideally suited to the supernatural-horror genre, especially characters able to see deep into dimensions too scary for other mortals. 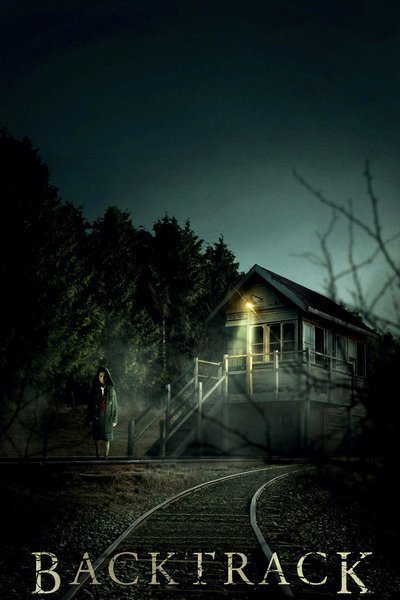