HBO documentary series are typically a tier above other networks and “Atlanta’s Missing and Murdered: The Lost Children” is no exception. Over five hours, the producers of this series detail the Atlanta Child Murders of 1979 and 1980, in which dozens of Black children were kidnapped and murdered in the Georgia city. Forty years after the killing spree, there are still a great number of questions about how the case unfolded. As someone who knows a great deal about the case – I’m a fan of true crime series of all forms and wrote about how “Mindhunter” used this case in its second season for Vulture – I went into “The Lost Children” skeptical that it could teach me anything new about this American tragedy, but it is remarkably detailed and, most of all, compassionate in the way it approaches this story. Instead of just a typical, clinical true crime approach, the directors focus heavily on the people involved in this case, mostly the loved ones left behind. It creates a true picture of the impact of these murders and an argument that they were covered up by a city on the rise and maybe even a president who claimed to be color-blind.

From 1979 to 1981, Atlanta was paralyzed by a string of child murders. It was mostly young boys who would go missing. Sometimes their bodies would be found quickly; sometimes it took months. At first, because the missing children were Black and poor, no one paid much attention. It wasn’t until several of the mothers of these children started pushing for media attention that the world took notice. A task force was formed but made almost no progress. A series like this could focus solely on the inadequate and arguably corrupt investigation and political establishment that wanted to sweep these cases under the rug, but this isn’t exactly that approach to this story. It’s here, of course, but you will hear more from mothers and brothers of victims than you will from police officers or politicians.

And with a few exceptions – who are impressively given their time in front of the camera too to create a balanced impression – most of these people don’t think the case was ever really solved. Yes, a man named Wayne Williams was arrested and convicted of the two final murders, both men notably older than the typical victims, but dozens of questions remain. The final episode presents Williams’ appeal in detail I hadn’t seen before, including several alternate suspects who seem to have nearly as much evidence against them as the man the Atlanta authorities determined killed all these children. There have always been elements of the Williams case that don’t add up on either side. His story the night he was arrested never added up – he claimed he was going to an appointment that could never be confirmed – and there was suspicious activity in the days after he was first questioned. However, there are elements of pinning all of these crimes on Williams that just don’t make sense either. The theory that Williams was used as a blanket to put out the potential fire that would have started if it had been proven that a KKK member had been killing black children is given a lot of time here. Although it should be noted that there are people interviewed who know this case very well and are convinced of Williams' guilt. I almost wonder if hearing some of the evidence presented in episode five won't change their mind.

So how do you make a five-hour series that doesn’t reach a definitive conclusion interesting? By being this balanced in terms of information and compassion. “Atlanta’s Missing and Murdered” is a delicately nuanced production that doesn’t dip too far into stories of grief or feel too clinical in its informative nature. It walks that line in the middle. It has the perfect blend of the two, taking a story with so many players and so many issues and making it feel human again. The Atlanta Child Murders were a formative event in this country in the early ‘80s. You might walk away from this series thinking that the case was correctly solved. You might walk away thinking it was merely closed to stop a race war from destroying the city. But you will definitely walk away with a clearer picture of why this story remains such a vital part of Atlanta’s history. It still feels like its final chapter has yet to be written. 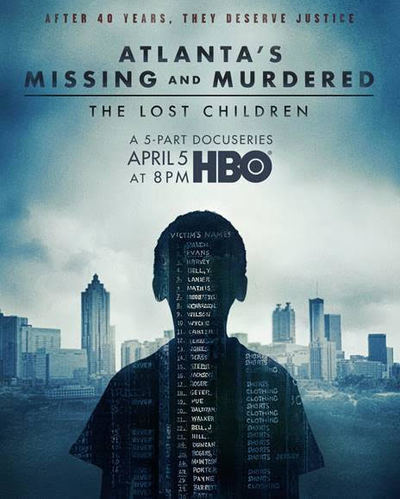