“Antebellum” has aspirations of mind-blowing narrative complexity along the lines of an M. Night Shyamalan movie, but instead leaves you stunned in a WTF-did-I-just-watch sort of daze. And not in an enjoyable way, as in the committed craziness of “Serenity,” for example.

It’s similarly based on a big, gimmicky twist, which partially pulls the rug out from under you at the 40-minute mark before yanking the rest through a series of climactic, third-act reveals. “Antebellum” is also trying very hard to be About Something—to say something relevant and resonant about the racial unrest of our current times as an extension of hundreds of years of systematic oppression.

The debut feature from the writing/directing team of Gerard Bush and Christopher Renz is wildly ambitious in both substance and form—you’ve gotta hand it to them, they are indeed going for it here—yet simultaneously half-baked in its blending of past and present, fact and fiction, nightmare and reality. It’s got style for days, from its impressively lengthy, opening tracking shot to its vivid costumes from frequent Coen brothers collaborator Mary Zophres, but the message at its heart is muddled. A title card at the start trots out that familiar William Faulkner quote: “The past is never dead. It’s not even past.” Could that really be all these guys are trying to say?

But while “Antebellum” is dazzling to the eyes, it also leaves an icky taste in your mouth in its leering, exploitative depiction of violent, slavery movie tropes. A woman runs for her life across the fields of a plantation, Confederate soldiers on horseback galloping furiously after her. The shade of her green dress matches the tall blades of grass just so, and the magic-hour sunlight glistens off the tears streaming down her face. The string-heavy score swells insistently as a rope drops around her neck and drags her to the ground. It all takes place in slow motion to allow us to wallow in every lurid detail—and this is just the opening sequence.

Janelle Monáe bears the brunt of the abuse as Eden, a slave who has dared to orchestrate an escape attempt. A Confederate leader known only as “Him” (Eric Lange) beats the crap out of her in her quarters as punishment before branding her and claiming her as his own. Jack Huston adds a not-so-subtle vibe of menace as a sadistic and slightly sloshed officer and Jena Malone drips with honeyed villainy as his wife.

It all takes place long ago—but then we see Civil War troops marching at night, carrying torches and chanting “blood and soil” on their way to a dinner where “Him” addresses them in a rousing speech with some familiar phrasing. “This is the only hope we have of retaining our heritage, our way of life,” he tells them, all refrains we’ve heard recently from white supremacists and the alt-right as they engage in racist demonstrations of hatred and violence.

Suddenly, the scenery shifts, and Eden is waking up in a sleek, stylish townhouse with a handsome husband (Marque Richardson) and an adorable daughter (London Boyce) who comes bounding in for morning snuggles in their fluffy bed. Now, she is Veronica, a successful and sought-after author and pundit living a life of privilege. And all the gritty, grainy darkness of the plantation has been replaced with cool minimalism and gleaming light in the present day. (Uruguayan cinematographer Pedro Luque Briozzo provides the imagery which is always luscious even when the actual contents of the frame are not.)

So what’s the deal? What’s the truth? Who is Eden/Veronica and what is reality? What’s actually at work here is not nearly as profound as the filmmakers seem to think it is, with cutesy references to Thomas Jefferson and Robert E. Lee more likely to inspire eye-rolls than oohs and ahhs. Gabourey Sidibe provides some much-needed upbeat energy as Veronica’s sidekick and BFF who’s always quick with a sassy one-liner or a bitchy quip in a Valley Girl voice, but it’s as if she walked in from an entirely different movie—a romantic comedy in which her character would be an offensive black stereotype, as well.

Just as Eden’s slave storyline feels trite and cliched, Veronica’s shiny life of wealth and perfection is as superficial in its own way. Everyone and everything is too polished—there’s nothing for us to hold onto as viewers. And maybe that was Buch and Renz’s point: to challenge the hackneyed ways African-American stories too often are depicted on screen. But what they end up doing instead is merely serving up more of the same without much insight.

Monáe is radiant as always and provides an instant connection in both realms. She has a captivating screen presence regardless of the material, but the extent of her charisma becomes strained as the histrionics of her situation grow sillier. Even she can only do so much when there’s so little to her character between the extremes of endless victimization and empty platitudes of empowerment. 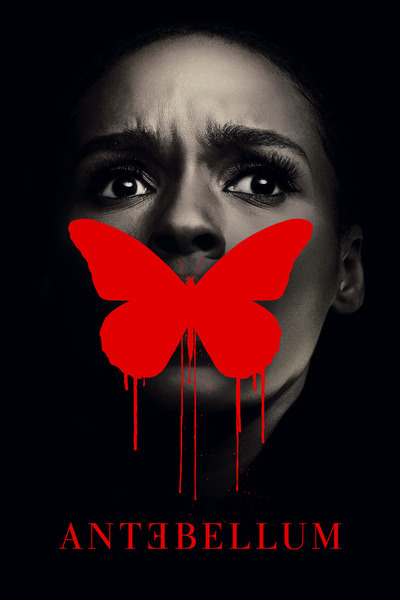