Four teacher friends start a social experiment in Thomas Vinterberg’s smart and ultimately moving “Another Round.” Based on a belief that the human body is born with too low an alcohol level, they strive to maintain a 0.05% BAC at all times—buzzed but far from drunk. They set rules. They can only drink during work hours (yes, as teachers). The idea is that a low-level buzz releases stress and tension in ways that nothing else can. To varying degrees, all four men are going through what could be called a midlife crisis, dissatisfied by the mundanity of daily life as teachers, but it's Martin (Mads Mikkelsen) who is in the deepest funk. He has lost all passion for teaching his history class, feels distant from his family, and can’t find many reasons to get up. The social experiment breaks him out of his rut in a relatively predictable way, but Mikkelsen elevates what could have been another traditional message movie about living life to the fullest even after you think you’ve had your final drink.

Shortly after the experiment begins, Vinterberg stages a scene in Martin’s classroom, where he’s engaging with his students in a way he clearly hasn’t in years. He’s getting them involved with vibrant conversation and new ways to look at history. He’s smiling in that very Mads way. What’s brilliant about the scene is how Vinterberg and cinematographer Sturla Brandth Grøvlen replicate that slightly wobbly feeling that comes after just a strong drink or two. Martin is nowhere near blacking out or doing anything embarrassing, but the slightly unsteady camera swoops in for a close-up and then back out again in the inconsistent way that the world sometimes does after a couple glasses of wine—the filmmaking coming to life like how Martin is with his new buzz on life. It’s indicative of the high craft on display here as the visual language subtly matches the character’s journey.

Martin’s colleagues (Thomas Bo Larsen, Magnus Millang, & Lars Ranthe—all effective) find similar success, at least at first. A music teacher encourages his students to sing more with their hearts and souls; a philosophy teacher catches onto the anxiety of one of his students in a way he may not have given his previously detached approach. Then the quartet starts to change the terms of the experiment, which everyone knows is a bad idea. If 0.05% works so well for Martin that he feels better even when he’s sober, maybe he should go higher? They start pushing the envelope. Absinthe gets involved. As anyone who has tried it can tell you, Absinthe is almost always a bad idea. Trust me.

“Another Round” reaches beyond its set-up when it becomes a study in individuality. The experiment affects each of the four men differently, and everyone knows that a drunk night comes with a hungover morning. A student near the end gives an exam on the Kierkegaardian philosophies on anxiety and accepting fallibility and failure, which is what all midlife crisis films are about to a certain degree—coming to terms with mistakes after you realize you may be running out of time to correct them.

The midsection of “Another Round,” wherein the guys open up and alter their experiment based on results, has a tendency to drag, but Vinterberg avoids cliché in this bulk of the film, thanks largely to casting his favorite leading man (Mikkelsen starred in the director’s excellent “The Hunt”). The “Hannibal” star is such a genuinely captivating actor—one of those performers who holds the camera like a movie star while also feeling completely realistic and in the moment at the same time. He doesn’t hit a single false note in a film that really could have been all broad humor and wacky hijinks. Even as the final act starts to get a bit manipulative by stretching some previously established realism, Mikkelsen holds it together, and then he comes out literally swinging in one of the best final scenes of the year. It’s such a jubilant moment that you may walk out of the theater feeling a little buzzed. 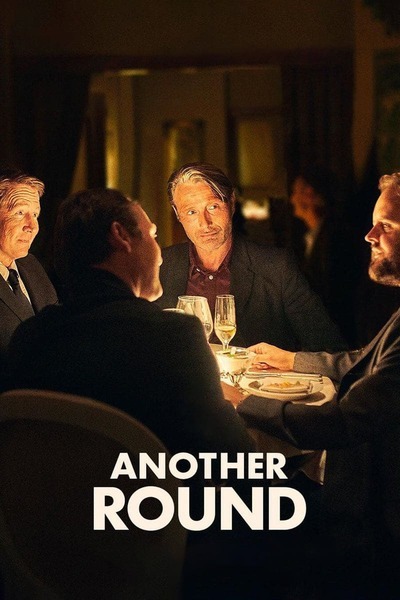