I thought about Twitter while watching "Anita," Freida Lee Mock's documentary about Anita Hill. Twitter didn't exist in 1991 when Hill gave her testimony before the Senate, but I couldn't help but wonder how things would have played out if it had. The court of public opinion has always been presided over by a hanging judge, but 23 years ago there was at least time for a trial. Social media allows you to be executed minutes after you've been accused.

Back in 1991, all we had was CNN, the network news and the papers. The gauntlet that the infamous ran was a real one of photographers and reporters. Nowadays, in addition to that, there's a virtual gauntlet that's far more devastating to navigate. Would Hill, who became a high-profile gender and workplace rights law advocate in addition to continuing her teaching career, have been able to do so in today's binary universe? And would Thomas still be on the Supreme Court? Today's media explosions can destroy both sides.

The Anita Hill Senate hearings were the first major hit of ratings-based heroin for channels like CNN. It's an origin story for the now customary 24-hour news cycle's repetition and regurgitation of often false, unproven information for ratings' sake. What started out as a supposedly private response to an FBI questionnaire during the Supreme Court justice vetting process became a very public, non-stop display of salacious details that had never been uttered on TV.

To recap: In 1991, George H.W. Bush appointed Clarence Thomas, an African-American candidate to succeed the Supreme Court's first appointee of color, Thurgood Marshall. During the vetting process, a written statement from lawyer Anita Hill, in which she documented alleged workplace sexual harassment by Thomas, was leaked. This led to Hill's appearance in Washington D.C. where the homogeneous, all male Senate committee asked some cringe-inducing, logic-defying questions. "Anita" provides enough footage to make one's skin crawl, explictly answering the question of why so many women hesitate before reporting workplace abuse, if they do so at all.

Additionally, these hearings existed at the very thorny intersection of race and gender. The early sections of "Anita" gets maximum mileage out of this, using comments from people like Harvard Law professor Charles Ogletree and reporters Jane Mayer and Jill Abramson. "This was a Black man vs. a Black woman," one talking head tells us, and while American had certainly heard of racism and civil rights by 1991, sexual harassment was a rather new concept for the majority to grasp.

"Anita" splits its running time between the details and aftermath of the judiciary hearings and Hill's current role as an advocate for gender and workplace rights. It makes no attempt to change anyone's mind about Hill, opting instead to focus on how the hearings brought sexual harassment into the public spotlight. To her credit, Oscar winner Mock and her interview subjects go after both political parties. The entire Senate commission gets raked over the coals, including our current Vice President, who is the recipient of one of the harsher comments in the film.

Mock also provides airtime for the Brooklyn based group Girls for Gender Equality. Hill discusses how proud she feels seeing young women involved in this cause; she describes it as a torch-passing that gives her optimism and hope for the future. These scenes coincide with footage of Hill speaking at numerous events marking the 20th anniversary of her Senate appearance. Throughout, Hill is poised, eloquent and unafraid to speak about her ordeal. She even manages to treat a voicemail from Thomas' wife requesting an apology with a lot more grace than necessary.

As a documented record of Hill's story and her achievements, "Anita" is a serviceable, at times riveting documentary. Yet I wanted more time spent on both the hearings and Hill's activism. An exploration, or at least a mention, of things like corporate diversity training and sexual harassment prevention classes would have also been welcome, as these are direct reactions to the growing number of complaints and increased awareness brought on by this very public case.

As the credits rolled, I could not stop thinking about how this case would be tried in the Twitterverse. Late in the film, Hill takes us into a basement filled with file cabinets. Inside are letters she's received in the 20+ years since her testimony. She pulls a typewritten letter from a file, and its tangible physicality feels quaint, a throwback to an era when you had time to think before expressing your support or your bile. By today's opinion rendering standards, typing, stamping and mailing a letter would take an eternity and lack the instant gratification of letting the world know all about it. 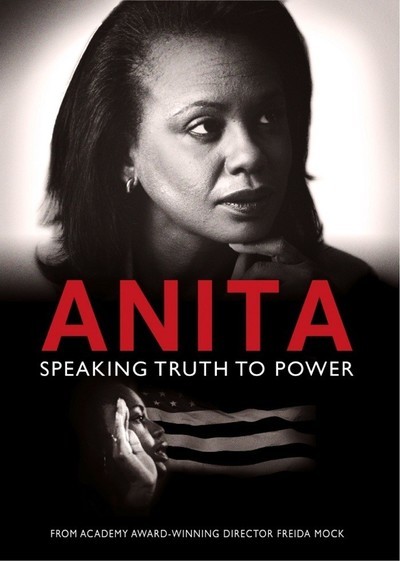