The thing about drug addicts is that, regardless of their background, ultimately, they are all the same. Anyone who has known a drug addict has looked on helplessly as the individual's personality is co-opted by the addiction, turning the specific narrative of a specific human being into a predictable cliché. It's devastating for all involved, and onlookers (family and friends) wonder what the hell happened to their sweet daughter, their ambitious son. That's the main challenge with stories about drug addicts: there aren't a million stories to tell, there are only a couple, because the addiction operates like clockwork. Descents into addiction are a favorite topic of films, from "Lost Weekend" to "Panic in Needle Park" to "Drugstore Cowboy" to "Requiem for a Dream" ... Such stories can operate as cautionary tales or they can be queasily voyeuristic and sensational. Collin Schiffli's strong directorial debut, "Animals", (with a script by David Dastmalchian, who also stars) is neither cautionary nor voyeuristic. It tells the story of a young couple whose only remaining bond is their heroin addiction, and when their drug-scoring schemes start to dry up, reality closes in with all the subtlety of a car crashing into a brick wall at high speed.

At first, Jude (Dastmalchian) and his girlfriend Bobbie (Kim Shaw), hanging out in Chicago, sleeping in their car, looking for their next fix, seem like an adorable rom-com version of drug addicts. They hold hands as they walk down the street. Bobbie keeps all of her possessions in a child's metal lunch box. They go to the zoo together and look at lions and camels and tigers through the bars of the cage. (The constant animal imagery is on-the-nose in its symbolism, although it does lead to the overwhelming strangeness and beauty of the final shot.)  Neither of them are in touch with their families anymore. Calling home for help is no longer an option. Their lives have been pared down to such a sterile landscape that there is only room for each other, and for the drugs.

This is not a "slippery slope" movie, like other stories about addicts. In "Animals," they are already at the bottom  of the slope. Taking place in a very condensed period of time, "Animals" features an alarming (and effective) swerve in mood, from the nearly-bucolic opening sequences, (blinking in the morning light into the camera flares, giggling over a successful con, the glory of the heroin high itself) to a more jagged and terrifying energy in the second half of the film.

Bobbie and Jude shoplift CDs and then sell them in order to buy drugs. She pretends to be a sex worker, setting up "dates" with random guys through an ad she and Jude placed in the paper. They end up conning a security guard over a fictional stolen laptop in a scam that is so complicated it almost reaches the slam-dunk of Moses and Addie Pray's money trick in "Paper Moon." But the scams get more dangerous. And without constant fixes throughout the day, the addiction becomes urgent, a wild animal that demands to be fed (in case you missed the symbolism of all the images of roaring lions and scratching gorillas sprinkled throughout.)

"Animals" was filmed in Chicago, and Schiffli and cinematographer Larkin Donley, use that unmistakable urban landscape to beautiful and haunting lengths. Bobbie and Jude live everywhere and nowhere. Down in the Loop, or in Lincoln Park, in Wrigleyville and elsewhere, life is bustling and social and crowded. Bobbie and Jude walk around on the fringes of all of that, huddled in the empty spaces between the cracks. They stroll along the lakefront, stepping over sunbathers, they try to score drugs on the emptied-out outskirts of the city where the avenues are wide and deserted. Chicago seems mainly unpopulated except for the two of them, a perfect portrayal of the self-absorbed world of drugs. John Heard has a nice cameo as a security guard who befriends Bobbie in a way that actually gets through to her, his kindness coming with no strings and no judgment. The cinematography is not flashy but Donley is responsive to striking contrasts between bleak empty lots with the gleaming skyline beyond, to different moods and shapes (Jude lying long and flat in a hospital bed, with the blue flat line of Lake Michigan out the window a perfect example). It's a beautiful-looking film.

"Animals" is frank about Bobbie and Jude's middle-class background. During one scene, Jude lists all of his privileges, showing awareness of his fortunate status in the culture. Of course being born fortunate is not a bulwark against drug addiction, but it can provide a cushion when the bottom falls out. Judd's teeth are rotting, Bobbie's breast hurts to the touch, Judd is constipated, but the middle-class well-fed glow of both of them still lingers, an echo of what used to be.

There are a couple of things that make "Animals" effective, the main one being the performances of the two leads and the symbiotic relationship they create. Dimly, like light reaching us from a star long-dead, both actors are able to suggest that once upon a time Bobbie and Jude made a cute couple. They have been together a long time. They are not so far gone that their moral compasses are completely shattered. In one wonderful scene, the two of them, jittery from withdrawal, decide to demand money from a woman rocking a baby stroller in a park. Jude takes out his needle, saying, "I'll tell her I have AIDS and that I'll stick her with this needle..." Bobbie says, "Tell her you'll stick her baby. She'll give you anything then." The second the words come out of her mouth, her face practically melts in the horror of what she just said. It's a gorgeous moment, beautifully conceived and beautifully played, ugly and real and terrible. Jude, ultimately, cannot go through with the scheme, informing Bobbie as he gets back in the car, "I couldn't go through with it," and Bobbie says, in tears, "I didn't want you to go through with it."

Such small moments (and there are many in the film) help make what is a typical story memorable and somewhat unique. It's not a particularly interesting relationship because drug addicts tend to be boring, but it is a pleasure to watch both of these actors work. 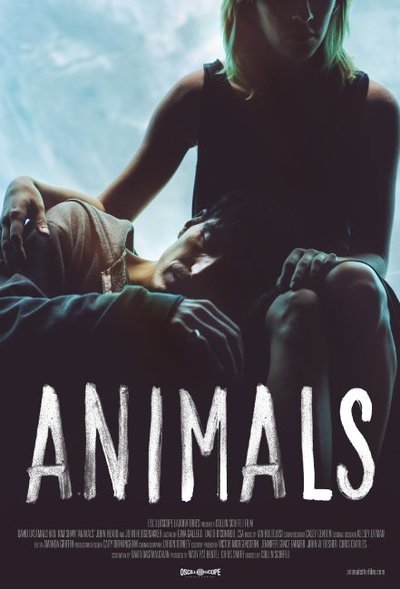