And Then We Danced

Dance is both a personal expression of freedom and an oppressive enclosure in “And Then We Danced,” Swedish-born filmmaker Levan Akin’s passionate coming-of-age tale, set in contemporary Tbilisi. In a statement, the writer/director (of Georgian descent) reflects that the time-honored folkloric dance, the Church, and traditional polyphonic singing stand as the three most important pillars of the Georgian national character. Throughout his film, he explores the shades and cracks of this multi-pronged identity in fascinating ways, following his lead character—a gifted dancer in an esteemed ensemble—as he grapples with newfound sexual desires for a new male dancer that joins the troupe. While Akin’s camera sometimes gets carried away with the nuts and bolts of the dance routines—an elegant visual preoccupation that occasionally keeps the emotional tale unfolding within the choreography at arm’s length—he still puts forth his empathy attentively, reaching a conclusion both hopeful and deeply heartfelt.

And Akin’s sense of optimism eventually thrives despite the strict environment in which Merab (Levan Gelbakhiani, an astonishing newcomer) dwells, with his days spent in a hardworking group, perfecting every inch of their strides and body movements—jumps and thumps that land like masculine dares and graceful small steps that give the impression of gliding on air. “There is no sex in Georgian dance,” roars his stern instructor early on in the film, when he senses the faintest bit of playful chemistry between an elastic Merab and a female member of the company, Merab’s dance partner Mary (Ana Javakishvili). It almost feels like an otherworldly sign when Irakli (Bachi Valishvili) comes along at that precise moment. The chemistry between him and Merab is instant, though neither of them seem to know what to do with it, until one day the duo give in to their desires during a romantic, stolen moment away from the gaze of their peers.

Akin arrives at that beautifully filmed sequence—captured sensually by cinematographer Lisabi Fridell’s smooth lens in all its private ecstasy—through a number of bouncy, mischievous scenes between Merab and Irakli. Being the son of divorced parents and the grandson of a strong-willed grandmother—all professional dancers in their time—Merab works tirelessly, aiming to live up to and even surpass an under-realized family legacy that never flourished the way it was supposed to. But with Irakli’s arrival, his priorities get thrown off balance—Akin makes sure we see the young man’s internal battle whenever he faces Irakli in a flirtatious dance (an especially memorable one deliciously unfolds with the backdrop of Robyn’s “Honey”) or amid the dance group’s unaware eyes. He plays up the anticipation when the ensemble embarks on a brief getaway to Mary’s countryside home just to relax prior to upcoming auditions—a source of constant stress among the band—and delivers the duo’s first intimate scene, highlighting its liberating nature for both Merab and Irakli.

Elsewhere, Akin is a little less successful in balancing his story and steering clear of the kinds of clichés we’re used to seeing in coming-of-age fare. In the beginning, Mary seems instrumental to Merab’s personal growth. Though gradually, she somehow gets relegated to a supportive, understanding female friend with little depth. Surprisingly, Irakli ends up feeling under-developed too. But Akin makes good with some other avenues of his story—when you least expect it, an astonishingly gentle scene between Merab and his hotheaded, recently-married brother David (Giorgi Tsereteli) emerges towards the end, underscoring the waves of hope Akin manages to see inside a macho, uncompromisingly patriarchal culture that seems to have no place for men like Merab. But the director’s greatest asset here is surely Gelbakhiani. With his intoxicating screen presence and sharp, statement-making dance moves—just wait until you see him in the finale—he proudly wears Akin’s buoyancy on his sleeve, with the resolve of someone who knows exactly who he is at last. 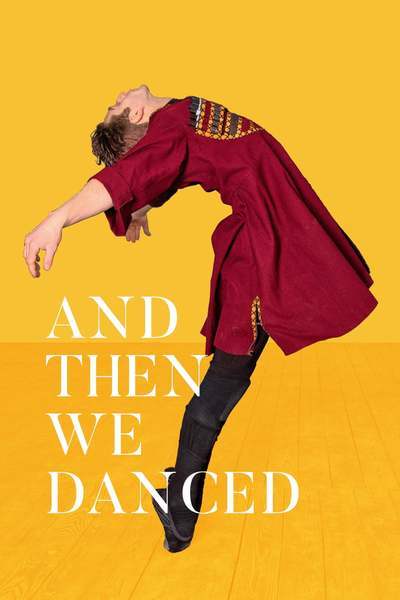