All Eyez on Me

“All Eyez on Me” is one of the most useless music biopics ever made—it’ll be too confusing for newcomers and too underwhelming for those familiar with the work and the life of rap prophet Tupac Shakur. Directed by Benny Boom with minuscule passion and a ruthless 140-minute running time, “All Eyez on Me” is a production that coasts on the bare minimum of biopic requirements, boasting a lead who looks very much like Tupac but nothing that can’t be learned from a Wikipedia page, or better yet, the 2003 documentary “Tupac: Resurrection.” As it merely seeks to canonize a complex figure who was far more interesting than perfection, “All Eyez on Me” dehumanizes an important man.

There are so many fascinating parts to Tupac’s 25 years on Earth: his upbringing in a family of Black Panthers and mostly women; his young interest in acting and Shakespeare; his ascent in the pop charts as a no-holds-barred storyteller; and, of course, the debate about the merit of his obscene lyrics, especially in regards to treatment of women and animosity towards the police. Boom’s film overzealously hits all of these (unless it’s something that makes Tupac look bad) and compiles them like a greatest hits collection that only features the simple choruses and never the contemplative verses. Moments are flattened, diced and spoken through cliches, like when Tupac defends his teen pregnancy song “Brenda’s Got a Baby” to a couple of white record executives, or when he later realizes that because the world is watching him closely, he should name his album … well, you get it. As the editing leaps from one Important Moment to the next, the timeline becomes confusing and bold-faced, underlined emotions never resonate.

There is no air in this movie—the kind of air that turns faces on the big screen into our thoughtful surrogates, regardless as to whether the character is fictional or not. Demetrius Shipp Jr.’s invested performance of Tupac is reduced to an impersonation, and an essential part of the rapper is underestimated: his mind. This version of Tupac is always doing, in service of presenting all that he did but not so much what was going on on the inside. Aside from hammy moments in which he surveys a concert crowd with a bright spotlight on him, he’s rarely shown simply thinking, considering. Even when the narrative framing device of an interview in prison creates exposition out of Tupac debating himself with his interviewee, it’s pithy and cheap.

“All Eyez on Me”’s most accomplished factor might be its third act, in which Tupac joins Death Row Records and signs a deal with the devilish Suge Knight (Dominic L. Santana). It functions like a tacky gangster movie of heavy glares and heated confrontations, all while leaning heavily on the “Julius Caesar”-esque elements of Tupac’s last months. But Boom's lifeless direction still taunts, like when we have to watch Shipp lip-sync to Tupac songs for ten minutes or so during a concert, or watch numerous macho confrontations play out with the camerawork of soap operas.

Although the movie is wholly allergic to nuance, there is some shred of an emotional arc that arises with the relationship Tupac has with his mother, Afeni Shakur (Danai Gurira). She appears throughout the movie as a force that challenges Tupac in one way or the other. Gurira too has to work with rotten dialogue and cliche situations, but it’s the one glimmer that feels like an expression instead of a duplication.

For everyone else, including Tupac, Boom’s biopic is more concerned with information than humanity, and eventually Boom’s shallow dedication to showing us recognizable moments or outfits becomes plainly goofy. I especially loved the man who played Snoop Dogg and then lip-synced his dialogue with that of the real Snoop’s voice (or it sounded very much like it). The soundtrack soon enough elicits more giggles than head bobs, with the movie cramming in as many songs as possible, despite having no problem skipping around a short career timeline from album to album, underestimating the creation of such pivotal songs in the process.

Boom’s counterproductive answer to the flawed aspects of Tupac is to deny that very complexity and to make him a type of savior, which often makes “All Eyez on Me” only plainly terrible. However, that defiance of ambiguity becomes mortifying and offensive when Boom contextualizes a controversial sexual assault case—the before, during, and after—within a biopic’s fact, in which the survivor is shown intimately dancing with Tupac to R. Kelly’s “Bump & Grind” nights before, and Tupac is presented as sleeping in a different room when she was gang-raped by men he claimed to barely know. Boom even has the audacity to speak for the woman after Tupac was sentenced, when he cuts to her celebrating with her lawyer and then smirking at Tupac. Juxtaposed with the movie’s walking butt close-up establishing shots and the way that women are plainly either mother figures or sexual objects, it’s enough to make you throw up.

For whatever Boom and his collaborators may know about Tupac, especially as they present “the untold story” (to reference marketing), it’s clear with their narrative agenda and values that they’re looking far past what makes Tupac so important. This is a man whose life deserves scrutiny, to explore the many issues that he faced as a young black male artist making record history with a bold definition of Thug Life and a fiery ego that clashed with his self-proclaimed sensitivity. Even more, the story of Tupac is one that deserves true artistry. A Tupac film needs to match the vigor you feel in his freight-train rapping, which did more than just tell you what to think. It allowed you to see his world for yourself. 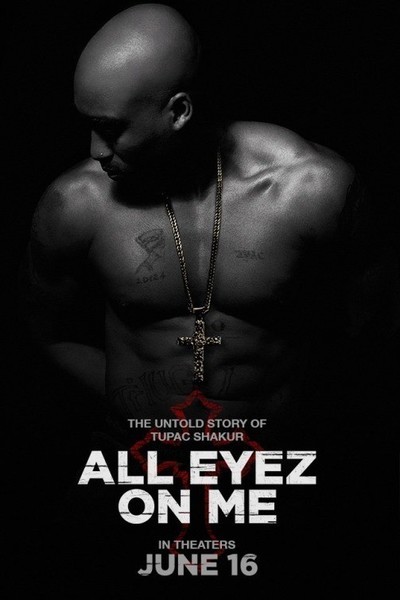