An affectionate cinematic paean to a form of West Coast bohemia that could well be on its last legs, “Alex of Venice,” directed by young actor Chris Messina (best known for a recurring role on “The Mindy Project”) and featuring an impeccable-as-usual lead performance from Mary Elizabeth Winstead, is likely to appeal more to viewers who have some previously existing allegiance to/affinity with its cast or its milieu than those who don’t.

Winstead plays the title character, an attorney who works for an environmental activism group, and she’s very good at her job and very devoted to it. Her home arrangement is rather unusual: she lives in a great ramshackle house with her partner George (Messina), their young son Dakota (Skylar Gaertner), and Alex’s dad Roger (Don Johnson), a one-time TV star who’s quick with an encroaching-old-age-defying inappropriate remark. The cooking, the cleaning, the looking-after-the-kid, not to mention keeping track of increasingly inattentive Roger’s appointments, has finally gotten to be too much for George, and the failed house-husband bails. Alex is left to handle an important case involving a tadpole-destroying spa development supervised by slick but not uncaring entrepreneur (Derek Luke) and tend to her withdrawn son and manage her motley household all by her lonesome. Roger, who gets brought down a peg at a theater audition by being asked to audition for the oldest role in “The Cherry Orchard” rather than the younger one he started reading for, calls the cavalry in the form of Alex’s wild-child sister Lily (Katie Nehra, who wrote the script with Jessica Goldberg and Justin Shilton). Lily’s just as salty-mouthed as dad but a bit more of a help, and she of course is the trigger woman for the “you are going to have sex tonight” scene that’s become obligatory in low-budget character-driven American films in which an attractive female lead is dumped early on in the diegesis.

If you think I’m saying the movie is a tad predictable, I am. Additionally, I found it a little pat. Film people like to quote the late great director Jean Renoir, an adage about how the truly terrible thing in this world is that everyone has their reasons; Renoir the man didn’t actually say that, a character he played and wrote in “Rules of the Game” said it, but never mind; in any event, it always springs to mind when I see a movie such as this, which goes out of its way to be very scrupulous in not making villains out of any of its characters. “Alex of Venice” is a pleasant sit; it only rarely disturbs one’s precious bodily fluids with an irritating non-observation (Alex protests at one point that she doesn’t know how to grill a steak, and this is later confirmed, albeit in a way that suggests she couldn’t even try to extrapolate how raw meat interacts with fire), but it’s so even-tempered that a crankier viewer than myself might accuse it of slathering bland compassion on its characters like California sunshine pouring through a very tastefully-opened aperture. Or of over-indulging a variation of indie-pop humanism/compassion that had long curdled into cliché.

Messina’s fondness for a bouncily mobile camera, happily taking in all the all-too-human interaction, increases the feeling of forced likeability. But the film isn’t completely clueless about how to use its assets. Winstead is entirely attractive and terrifically alert and alive throughout. The whole business with “The Cherry Orchard,” which seems a trifle know-somethingish at first, pays off with a really lovely climactic scene, which the ever-underrated Johnson brings home with a grace that’s both sly and warm-hearted. And the movie’s quirky setting pays off dividends where you least expect them. At such moments, the movie’s humanism finally seems unforced, and everything is the better for that. 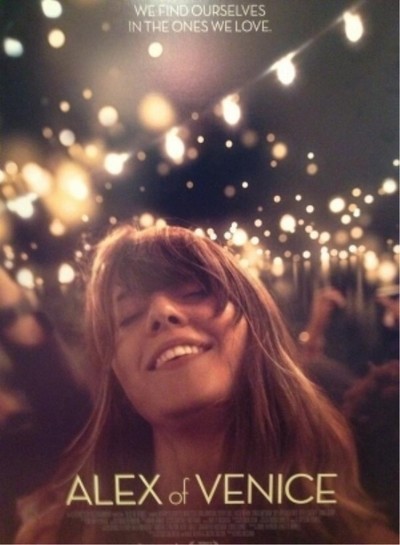