Joachim Lafosse’s new claustrophobic chamber drama “After Love” follows Marie (Bérénice Bejo) and Boris (Cédric Kahn), a couple undergoing an acrimonious separation following 15 years of marriage. Boris refuses to move out until he receives adequate compensation for his share of the family apartment, which Marie staunchly refuses to do. The couple’s fraught relationship only intensifies as the two alternate taking care of their two young children, Margaux and Jade, with regular fighting. Sometimes they shout, but they mostly engage in passive-aggressive humiliation, hoping that one will eventually cave.

Though undoubtedly a flawed enterprise, “After Love” is a formal wonder, due to the efforts of Lafosse, photographer Jean-François Hensgens, and production designer Olivier Radot. Set almost entirely in a two-bedroom apartment, Lafosse uses every inch of the confined area as a visual projection of Boris and Marie’s frayed emotions. Clichéd as it might be, Lafosse turns the apartment into both a prison and a battleground for the adults, while still retaining a hospitable quality for the children. Meanwhile, Hensgens intimately tracks Boris and Marie’s movements in long takes as they both try to dominate the space, each subtly conveying ownership over their past lives. Whether they’re shuffling past each other or hurriedly tending to their children, the two desperately try to exercise control over the other by simply walking with purpose in a shared environment. In many ways, “After Love” is a wonderful exercise in blocking; Lafosse coordinates Bejo and Kahn’s precise positions in the frame to communicate respective power or its fundamental imbalance. He routinely demonstrates how his characters’ conflicted interiority transfers onto their actions and their home.

“After Love” nevertheless suffers from oblique characterizations that don’t support the visual acuity on display. While Kahn and Bejo imbue their characters with perceptible antipathy and fatigue, Boris and Marie are respective cyphers beyond their expressed motives. Lafosse and his screenwriting collaborators purposefully hide past details about the couple’s marriage as they intend to solely capture their downfall, but this doesn’t necessarily have the intended effect. Since we only gather glimpses or hints at their past love, their slow, methodical breakup lacks proper impact, even after spending a long time in their bitter company. Lafosse roots their primary disagreement in financial terms, a welcome respite from other well-worn interpersonal territory, and though he fleshes out the nature of their dispute (Boris, a middle-class out-of-work architect, clearly resents the wealthy Marie for treating him like a charity case; Marie resents Boris for using her wealth as a scapegoat for not taking responsibility), it hardly ever feels grounded in a 15-year long relationship. Lafosse flattens Boris and Marie’s relationship into a flickering flame, losing the actual contours of a relationship that would provide its extinguishment with the appropriate stakes.

Moreover, the film suffers from a pacing problem that’s unfortunately built into its very premise. Since “After Love” chronicles a separation mediated by the stop-start rhythms of daily life as parents, it only ever intermittently gains momentum as a series of compounded slights between Boris and Marie. Individual scenes standout as barbed attacks, such as Boris crashing a dinner party hosted by Marie with mutual friends in attendance, but it never feels like an actual tête-à-tête, even though the two ping pong off each other throughout the film. Though this likely arises from a verisimilitudinous impulse, it still feels quite facile as drama, especially when “After Love” reaches its egregiously contrived climax, featuring a moment so out of place from the rest of the film that it scans as a trite suggestion from a Hollywood executive.

There’s a moment late in “After Love” when Boris, Marie, and the kids have a pleasant night together playing cards and exchanging jokes. All four of them eventually dance in the living room together and Lafosse lingers on Boris and Marie sharing a warm embrace. This scene does a lot of heavy lifting in terms of establishing their relationship’s foundation, but it’s still a clarifying moment that suggests something more beyond the actions on screen. “After Love” does so many things very well, and yet it’s unfortunate that the central relationship never quite takes on much shape beyond animosity. Anger only means something when the love from which it emerges has depth. 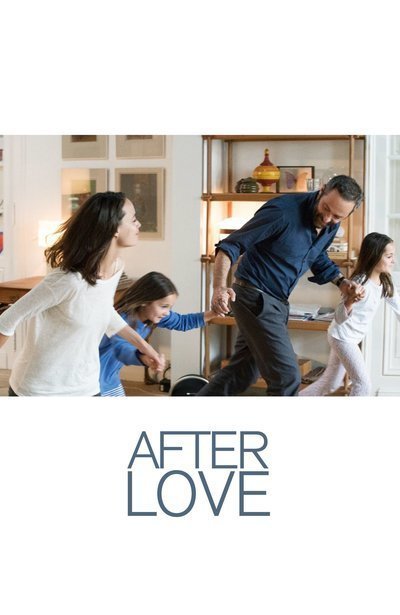