Hlynur Palmason’s “A White, White Day” opens with an extended scene in which a car travels a remote, curvy road on one of those days in which the fog blurs the line between sky and earth. It’s a long shot that ends in tragedy, but it’s a tone-setter for a film that’s about the loss of clarity that comes with grief and the hazy existence that people wander in when they’re unable to confront their own emotions. It sometimes feels like Palmason is being a bit self-indulgent with his slow pace, but Ingvar Sigurdsson keeps the film grounded, and ends it with such a devastating, powerful final shot that it alone erases most criticisms. It may take a bit longer than it needed to get there, but the destination packs a wallop.

Sigurdsson plays Ingimundur, a police officer on the eastern coast of Iceland who is old enough to have an eight-year-old granddaughter but still young enough to work. When he’s not on the job in this mountainous, seemingly empty part of the world, he puts his energy into building a house. He’s one of those stolid, reliable guys who gets the job done but maybe hasn’t reconciled the emotional side of the fact that he’s a widower. That opening shot in the fog? It ends with his wife going off a cliff.

Ingimundur barely speaks of his wife, but Sigurdsson is remarkable at expressing how much memories of her are starting to seep back into daily life. Maybe it’s the domesticity of building a home, which he hopes his granddaughter and daughter can live in some day. We often turn to physical work to hide emotional pain. A therapist even notes how doing manual labor allows for better sleep. Ingimundur claims he has no trouble sleeping. It sounds like a lie.

Everything really changes when Ingimundur discovers that his wife was having an affair with someone he knows—one gets the impression everyone knows everyone in a town this size. Was he not enough for her? He tells a friend that he never cheated, but it’s a conversation that’s more about him trying to figure why his wife was sleeping with another man. And then, of course, Ingimundur channels that anger and grief into his wife’s lover, and “A White, White Day” becomes something of a vengeance flick, although it’s way more existential and philosophical than the subgenre typically allows. It’s not so much about vengeance as it is a man who likes to solve (as a cop) and build (with his home) and neither of those dynamics will fix what’s going on inside of him. He starts to lash out at everyone, and “A White, White Day” builds tension through character, culminating in scenes that feel as unpredictable as that opening drive.

Palmason has skill in balancing the mundanity of normal existence with the abnormal grief spiral of his protagonist. His camera will almost wander away at times, focusing on an incredibly annoying show that the granddaughter is watching or a fascinating montage in which ordinary objects are intercut with images from the crash. It’s subtle but I think it’s reflecting the fractured state we move through in grief in which the normal and abnormal alternate throughout our day. Even the opening scene is followed by a fascinating series of images of the house at different times of the day and even seasons. A scene of death is followed by one of ordinary life. The world keeps turning.

All of this reaches an endpoint that I won’t spoil but that I found remarkably moving. It’s an image of a man who is finally able to recall a happy moment from his past, a face that is dealing with emotion he has claimed not to have. It’s almost as if the enveloping fog from the opening scene has finally lifted. 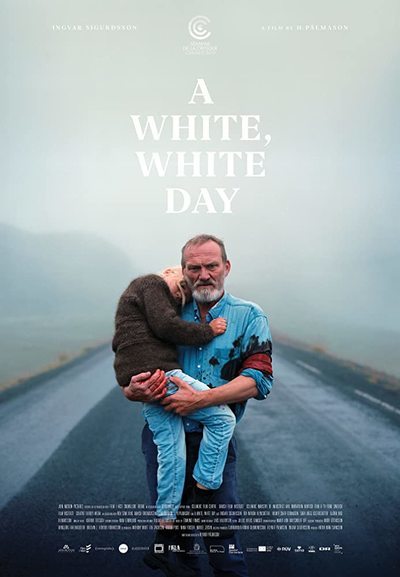