Sweet. Sour. Salt. Fat. Heat. The right combination of these elements is sublime, whether literal, in composing an exquisite dish like those created by master-chef Carsten (Nikolaj Coster-Waldau of “Game of Thrones”), or, metaphorically, in relationships and in life. The wrong combination can be catastrophic. In the Danish film “A Taste of Hunger,” Carsten and his wife Maggi (Katrine Greis-Rosenthal) are hungry for great food and even hungrier for a star from Michelin that will recognize their achievement and assure the success of their restaurant. The film moves back and forth through time and is divided into chapters, from their sweet first meeting to a sour betrayal, and the heated climax when all of the elements combine.

The opening scene is enticing, with Carsten creating a genuine work of culinary art under Maggi’s appreciative eye, so luscious and beautifully plated we can almost inhale its aroma. Maggi eats it, complimenting him on the combination of all of the necessary elements, but suggests that it might be more successful presented unassembled, to allow the customers get to combine the pieces themselves. She also has an idea for the lighting, to make their new restaurant more elegant and romantic.

And then we get the Sweet chapter, a flashback to the night they met, when Carsten was catering a party and Maggi was a guest who wandered into the kitchen. In these early scenes, the couple’s immediate and passionate connection are palpable, still evident in present day as one night in their restaurant they are about to enjoy a private, intimate moment when the only interruption they will allow has Carsten scrambling back to the kitchen. There is “a solo diner.” They are certain that he is the “secret” Michelin scout they have been anticipating, so everything has to be perfect.

But it isn’t. Something goes wrong with their signature dish. Catastrophe!  Without that Michelin star, the restaurant will fail and they will lose everything. Maggi races off into the night, promising to somehow find the mystery solo diner, even though she has no idea who or where he is, to make him give them another chance.

Maggi has a second reason to panic. She has intercepted a message to Carsten telling him that his wife loves someone else. We go back in time to the Sour chapter to learn the origin of her affair. This is where the recipe for when “A Taste of Hunger” goes from haute cuisine to just cuisine. Most of the delicious details that made the early parts of the movie so engaging are in the hors d’oeuvre; the meal itself is less satisfying. As Maggi dashes desperately around Copenhagen to find the solo diner and the source of the message, we see more flashbacks, labeled Salt, Fat, and Heat. But the categories are less and less apt and the revelations less and less illuminating. The passion for the food, the dream, and each other that fueled the beginning of the story is less vibrant when the details are revealed.

Like the screenplay, Coster-Waldau and Greis-Rosenthal are at their best in the early part of the film, as we see them fall in love, start the restaurant, and, in the present day, as they are still deeply connected to each other, trying the make the most of rare private minutes. But the later scenes never live up to vibrancy of the beginning. The level of conflict in the storyline does not support the emotion it is intended to convey, and the flashbacks become choppy and distracting. Maggi’s deconstruction of Carsten’s dish works better for the restaurant than deconstructing the storyline works for the movie. 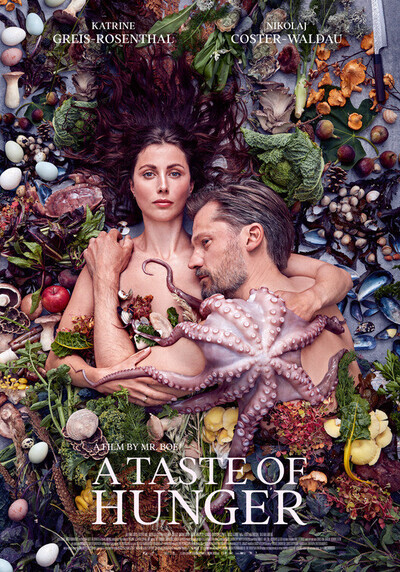