A Star is Born

There’s a scene early into Bradley Cooper’s crowd-pleasing “A Star is Born” that distills what it’s really about and why it will hook viewers till the last frame. Cooper’s Jackson Maine, an alt-country singer with a bit more heavy guitar, is getting drunk in a drag club after a show when he meets Lady Gaga’s Ally. Having worked at the club before, and now waitressing elsewhere, she’s come back to sing a song, a jaw-dropping version of “La Vie en Rose.” She sashays her way down the bar and ends up locking eyes with Maine as her vocals continue to rise. He is blown away by her talent, but there’s something deeper in that eye contact. Something ineffable. Not long after, while Ally is getting ready to leave with Maine to get another drink, he plays a heartfelt song of his own for the club owner, and she comes out as he’s wrapping up, making eye contact as his vocals find emotional depth. These are two people who fall in love with each other’s talent as much as anything else, inspired by one another in a way that artists often are. This story has been told several times before—and influenced other similar romances—but Cooper and Gaga find a way to make this feel fresh and new. It’s in their eyes.

Before that first night is over, Jackson has realized the depth of Ally’s talent, even hearing her sing part of a song she wrote that will soon become a massive hit for the two of them. These early scenes of “A Star is Born,” especially the first in which Ally sings in front of a Maine audience, are magical. There’s an unforced chemistry between Cooper and Lady Gaga that makes these characters easy to root for, and I’ll admit to a natural affinity for stories of true talent finally coming out of the shadows. The real Gaga knows a thing or two about how one rises from waitress to superstar, and she nails the blend of apprehension and confidence that this kind of thing takes. Of course, Ally is nervous to go on stage or to write songs, but she also senses she’s pretty damn good at it. She’s no mere wallflower watered by a confident man. She’s a force of nature who Jackson gives the encouragement to do her thing.

Of course, the arc of all versions of “A Star is Born” is pretty much the same in that it’s about one comet rising while another crashes. The first time we see Jackson, he’s popping pills, and he’s deeply alcoholic. He allows his demons even more space as he watches his partner achieve massive fame with a form of pop that he finds shallow. Cooper does some of the best work of his career as the kind of man who’s always restless. A friend played by Dave Chappelle tries to offer the advice that every man needs to eventually settle down and stay in a port instead of pulling anchor and moving on again, but Jackson can’t stay still. He's one of those addicts who uses any excuse to fuck things up. He is as self-sabotaging as he is talented, but Cooper avoids just enough of the clichés of the "alcoholism movie" to keep him real. It’s an excellent performance, one that balances Gaga’s in fascinating ways. As she becomes more of a pop legend and he maintains his whiskey-drinking aesthetic, it’s easy to see them pulling apart but the performers keep us believing that these people care about and even need each other. Sometimes the same need that builds us up can eventually destroy us.

“A Star is Born” loses its way slightly in the second half as Ally becomes a household name. Some of the pop fame material doesn’t work, especially a misjudged “SNL” musical performance, as it seems to almost treat what Ally (and even Gaga herself in the real world) do a bit too superficially. The movie seems to agree too easily with Jackson’s belief that pop is disposable. It isn’t always. And the triangle that forms between Ally, Jackson, and Ally’s manager is the most clichéd and least effective aspect of the film. Luckily, Cooper the director regains his footing in the end, bringing his debut film in for the emotional conclusion that even those who haven’t seen the originals will be able to predict is coming, but be moved by nonetheless.

Cynics may be tempted to rip apart “A Star is Born” but there’s just too much that’s been done right here for them to sound legit. (A friend joked, “It’s a musical even angry people can like.”) It's about the people. As is so often the case with actors-turned-directors, Cooper knows how to direct his cast, getting great work from Gaga, Sam Elliott, Andrew Dice Clay, and more. And the film is anchored by its heart-baring music—Cooper wisely allows Gaga to sing complete songs more than once, while also holding his own as a singer himself. A lot of ticket buyers go to the movies for the characters, people they can feel like they know and maybe even care about, and “A Star is Born” delivers two of the most memorable of the year. It’s a film that believes in the power of a song to connect with its listener in a way that can change their lives. And it will be a beloved piece of work for those who believe in it too.

This review was originally filed from the Toronto International Film Festival on September 8, 2018. 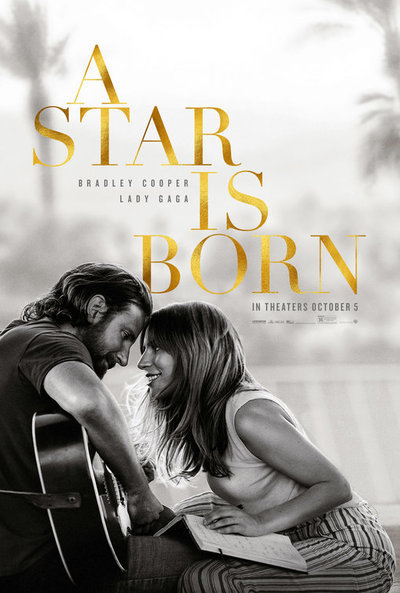