A Life in Dirty Movies

Ericsson gives us the gist of Sarno’s films, but the best parts of “A Life in Dirty Movies” deal with the relationship between Joe and Peggy. She dotes on him, and he responds with affection. Ericsson asks questions, but more often than not, he just shoots the Sarnos interacting with one another. These moments reveal a beautiful love story, one made even richer when Peggy explains how her parents disapproved (and continues to disapprove) of her marrying someone they considered a smut peddler. I became so invested in this love story that I gasped with worry when Peggy’s mother showed up late in the film to talk to Ericsson.

The relationship between Joe and Peggy anchors “A Life In Dirty Movies,” but Ericsson doesn’t forget the reason why we are here. Sarno directed films whose titles offered no hint of their artistic intentions. Ticket-buyers for 1964’s “Sin in the Suburbs” weren’t expecting pristine black and white cinematography and arty camerawork inspired by a certain famous Swedish master of angst. Audiences came for the sin, but alas, not because of it: There was more implicit suggestion than explicit depiction onscreen. “I was allowed just a quick flash of naked breasts in that,” Sarno says as the clip rolls. It’s a pretty long quick flash.

Several black and white clips show a filmmaker who put as much thought into his lighting, framing and composition as he did into choreographing the “good parts.” The craftsmanship was impressive enough to inspire several recent retrospectives of Sarno’s work. “A Life In Dirty Movies” goes to London to one such retrospective. Joe beams with pride while Peggy tells us how glad she is that he’s alive to see these appreciations.

“For Joe, it wasn’t just about the sex,” Peggy tells us. “It was about the people and their situations.” For example, “Sin in the Suburbs” has one hell of a climax: A mother and daughter both discover, mid-orgy, that they’re part of the same sex club. The daughter freaks out accordingly. Talk about a bucket of ice water being thrown on the audience’s overheating loins! “A Life in Dirty Movies” makes it worse by having someone describe the logistics of how, as the two women worked through the townsfolk, they’d eventually arrive at the worst possible combination of bodies. Sarno managed to convey all this information with scenes that are tame by today’s standards.

During the sexploitation era, nudity and sexual situations could be smuggled into “art films” because Europeans were sending more risqué imagery to our shores already. Sweden was already notorious for this—“I Am Curious: Yellow” would eventually be seized for being dirty. Sarno capitalizes on the reputation Swedish films had by going to Sweden with Peggy to make movies. After their 1968 film “Inga” is a success, the Sarnos split their time between New York City and Sweden.

As “A Life in Dirty Movies” opens, Joe is planning to make a return to the softcore market with a new script. As he works on it, and tries to get it made, people appear onscreen to praise Joe’s old movies. Film historians, former stars and Joe’s old editor and producer are some of the talking heads we encounter. The ray of unpredictable, brilliant sunshine that is John Waters discusses Sarno’s effect on his early moviegoing experiences. The instantly recognizable Annie Sprinkle, who doesn’t look as if she’s aged since the '80s, speaks about working with the director.

One can see how Sarno earned the moniker “The Bergman of 42nd Street.” Patrons of the theaters that used to line that famous thoroughfare became less than impressed, however. “The raincoat crowd would have been somewhat disappointed,” notes one talking head regarding Sarno’s early films. If you are unaware of who “the raincoat crowd” is, “A Life in Dirty Movies” tells you more than you’ll ever want to know about them. They eventually drive Sarno into harder fare, and then out of the business of cinematic titillation altogether.

Once we learn all this, Joe’s latest movie takes on added importance; he’s a comeback kid for whom we root. There are the usual setbacks and successes, and when we finally learn what happens with Joe’s last script, it is truly bittersweet.

If “A Life in Dirty Movies” had a tagline, it would be “Come for the sex, stay for the love story.” It’s a deeper, more rewarding experience than its title suggests. 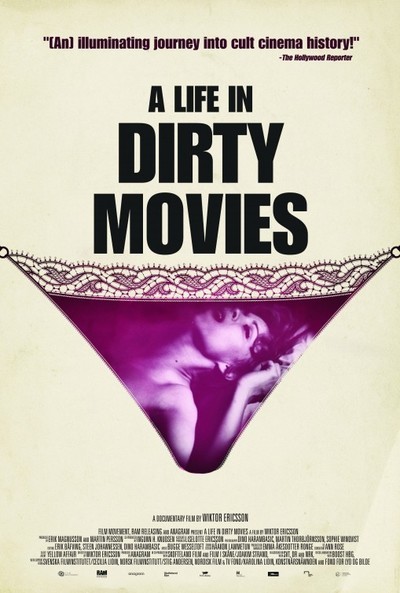