Like many other families, siblings Elan and Jonathan Bogarín regularly visited their grandmother, Annette Ontell. They have warm memories of her loving personality, her fussy habits when company was over, her silly idioms and the pride she took in the family’s Jewish heritage. The pair began filming their grandmother about her life, love and other random asides. They did so for years until she died suddenly at age 93.

In an effort to grieve and memorialize a woman who meant so much to them, Elan and Jonathan convince their mother to let them excavate their grandmother’s house at 306 Hollywood Avenue in New Jersey for several more months. They’ll go through countless documents and items, uncovering some of the family’s more painful memories—like their uncle who died too young or their grandfather’s various medical issues. They make a few bittersweet discoveries while going through the old home, like a can that’s a decade expired and a fire extinguisher from another century. The siblings explain their grandfather saved everything because he was an accountant. Their grandmother followed suit until her death.

The Bogarín’s makeshift archival project eventually morphs into the meticulously photographed non-traditional documentary “306 Hollywood,” where their grandmother once lived in a humble old home. As a kind of hybrid documentary with magical-realist elements, the film brings family photos to life, sometimes recreating memories, or using experimental sequences to illustrate Ontell’s recorded musings from a decade’s worth of interviews.

When digging into their grandmother’s former life as a fashion designer, the documentary closes in on the many fashion magazines Ontell once faithfully collected. In another scene, gorgeous models wearing the clothes their grandmother made walk out in front of the old house like in a fashion shoot. They then take the dresses off, revealing the old vintage lingerie of yesteryear, and begin dancing while holding up the dresses to their sides like a hanger. This is not the last time the movie will veer into surrealism.

There are moments in the pair’s Michel Gondry-esque archeological dig when their grandmother’s everyday things become art, playfully or precisely arranged to evoke a response. For a photoshoot early in the film, old photos, tchotchkes and antiques are composed like life-sized scrapbooks on the floor as the camera captures the objects’ worn textures and faded colors. In one of the film’s closing shots, her shoes and dresses are arranged in front of and on top of her house. The items looked like they were laid out on top of a bed, waiting for her to get dressed and ready to leave home. It’s a kind of summarizing scene that shows off what the siblings were trying to accomplish: to create art from their memories.

However, the film does take on a number of tangents to further explore the concept of re-examining one’s life through the objects they held onto. Elan and Jonathan interview a curator working on the Rockefeller family’s estate about his job, a physicist about holding on to every particle of a person, an Italian librarian about cataloguing a life’s work and a funeral director about what she thinks of souls. Of course, the conversations are all rooted in the same story, but at times, the meandering nature of these conversations feel more like a distraction. They take the emotional focus away from grandchildren coping with the loss of their grandmother and replace it with a philosophical distance.

Far from feeling like a eulogy, the tone of “306 Hollywood” is magnificently playful. Yes, the siblings are sad that she’s gone, but they cherish the memories and talks they shared with her over the 30 or so years they spent visiting her home. Exploring a person’s life through her belonging is not an uncommon premise—we do this practically every time we step into a museum—but the way the Bogaríns chose to blend fairy tale imagery and facts is different from, say, Charlie Tyrell’s stop-motion animated short, “My Dead Dad’s Porno Tapes.” The short also played Sundance this year alongside “306 Hollywood” and similarly cycles through the random things a person owned when he died and follows the director’s complicated feelings about that person.

There may be a lot of death in movies, but there are not nearly as many depictions of the grieving process. We don’t quite know what to say when someone loses a loved one and some people are still uncomfortable at funerals. Opening up about those messy feelings in an unconventional way as “306 Hollywood” does not only feels cathartic, but necessary. 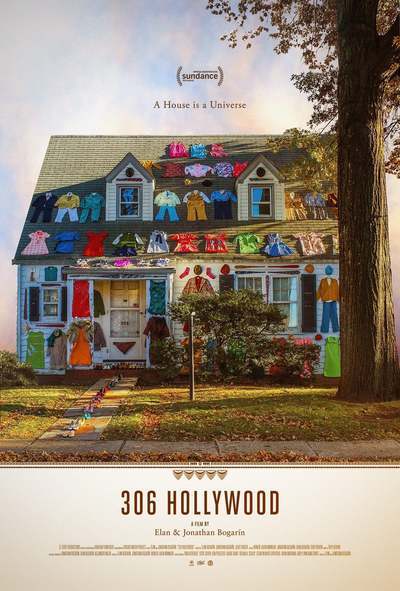