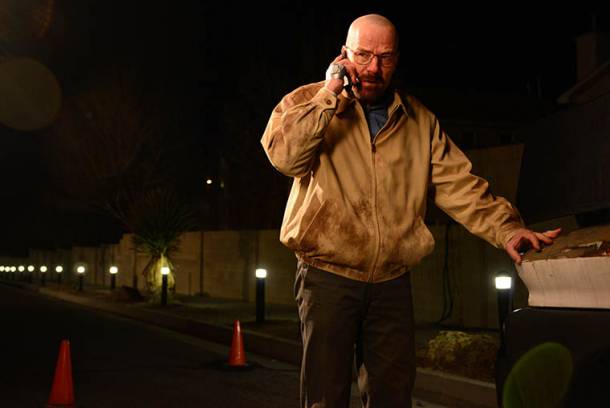 "Why Viewers Need to Whitewash Walter White." Over at Vulture, RogerEbert.com's Matt Zoller Seitz says the latest episode of "Breaking Bad" will ensure the show's place in TV history for its ability to toss a dramatic/rhetorical hand grenade into audiences' laps. Related: "That Mind-Bending Phone Call On Last Night's Breaking Bad." By Emily Nussbaum for The New Yorker. See also: "'Breaking Bad' Reactions and Why Walt's No Hero." By Maureen Ryan for The Huffington Post.

"There is no Team Walt, really, unless you're a sociopath, or somebody who's unreasonably attached to the sorts of frustrated little boy Alpha Male fantasies that got Walter in trouble in the first place. The approach that makes sense — that seems reasonable, given what we know about this show, which for all its stylization is realistic about the messiness of psychology — is that Walter is not only a good guy or only a bad guy, nor solely a provider or a destroyer, nor solely or even primarily Walter or Heisenberg. He might have been a good person at one time; he has been a very bad person for a while now. That doesn't mean there's no good left in him, but it's been so subsumed by Heisenberg and the fallout of Heisenberg that we can barely see it anymore, and even if it were possible to dig those good aspects out again (as he attempted to do, in his twisted and desperate way, in the phone call), it might be too late: hence the notion of Breaking Bad as tragedy. No, what makes sense is the notion that Walter, like me, like you, like everybody, is complicated, and does things on purpose and on instinct, and on purpose while acting on instinct, and by accident, and in response to demons even he doesn't understand; and Walter, like you, like me, like everyone, can be more than one thing at the same time, just as a great work of popular art can be more than one thing at the same time, many of them in seeming contradiction. Multitudes, multitudes. By which I mean yes, of course, the phone call was a performance!" 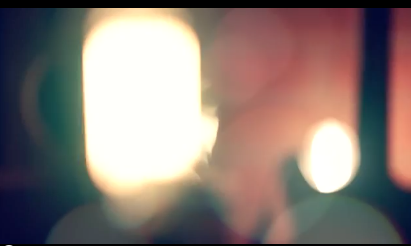 "Pandora Just Got a Little Worse for Musicians."  By Lydia DePillis for The Washington Post. The American Society of Composers, Authors and Publishers, which collects and distributes royalties from the outlets that use its 470,000 members' music, just lost a crucial court case with the music streaming service.

"Some of the large labels that license their content through ASCAP tried to withdraw digital music rights from that agreement, and started negotiating higher rates with Pandora on the side. Pandora sued to make sure ASCAP still had to allow access to all the content it had originally, saying its separate agreements only take effect when the ASCAP contract ends, in 2015. On Tuesday, the court came down in Pandora's favor, saying that the terms of the consent decree that governs ASCAP means it can't make exceptions to what it offers." 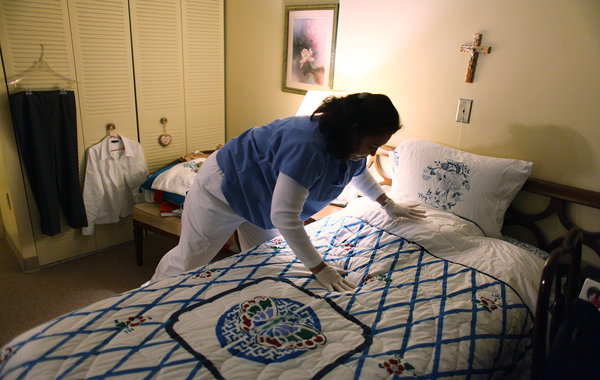 "U.S. to Include Home Care Aides in Wage and Overtime Law." By Steven Greenhouse for The New York Times. The Obama Administration announced yesterday that, beginning January 1, 2015, all home care aides will be covered under the Fair Labor Standards Act. Related: "In New York, Having a Job, or 2, Doesn't Mean Having a Home." By Mireya Navarro for The New York Times.

"The delay until 2015 is to give families that use these attendants, as well as state Medicaid programs, time to prepare. Industry experts say most of these workers are already paid at least the minimum wage, but many do not receive a time-and-a-half overtime premium when they work more than 40 hours a week. About 20 states exclude home care workers from their wage and hour laws. 'We think the workers providing this critical work should be receiving the same basic protection and coverage as the vast majority of American workers,' said Laura Fortman, deputy administrator of the Labor Department’s Wage and Hour Division. 'We’ve seen a lot of turnover in this industry, and we believe that this new rule will stabilize the work force.'" 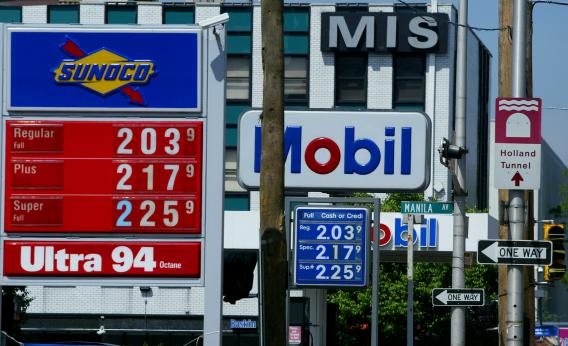 "Obviously all else being equal, if you ban self-serve gasoline, you're going to push prices up. New Jersey compensates for this by having an unusually low gasoline tax. That ends up depriving the state government of a source of revenue that scores unusually well on the economic efficiency scale. It's a consumption tax, which economists generally like. But it also penalizes an environmental externality (burning fuel), and since poor people tend not to own cars, it doesn't have the regressive implications of a sales tax. Maryland is being smart and raising its gasoline tax to save for the future by investing in transportation infrastructure. New Jersey, meanwhile, is stuck in a dysfunctional equilibrium of underinvesting in its infrastructure, underpricing gasoline, and annoying everyone with an inefficient gasoline delivery system. The idea, presumably, is that this saves jobs. But you could apply that Luddite logic to anything. New Jersey could ban washing machines to create more employment in the maid sector. Yet nobody does that because it would be insane. And it's not as if "gas station attendant" is such a wonderful job that it makes sense to create an industrial policy strategy around maximizing the number of jobs in that particular field." 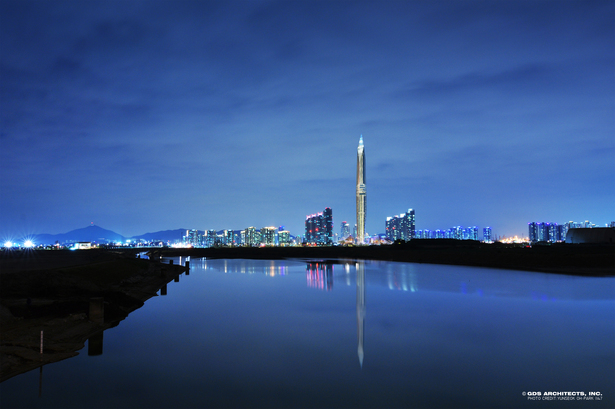 "World's First Invisible Highrise." By Michael Collins for Archinect. A permit has been granted to construct the 450m-tall Infinity Tower. Drawing upon Korean technology, the building will boast a sophisticated LED facade system with optical cameras to make it seem "invisible." Related: Time Travel Is Possible, But Only to the Future. By Sara Gates for The Huffington Post. Yep, the future is now. 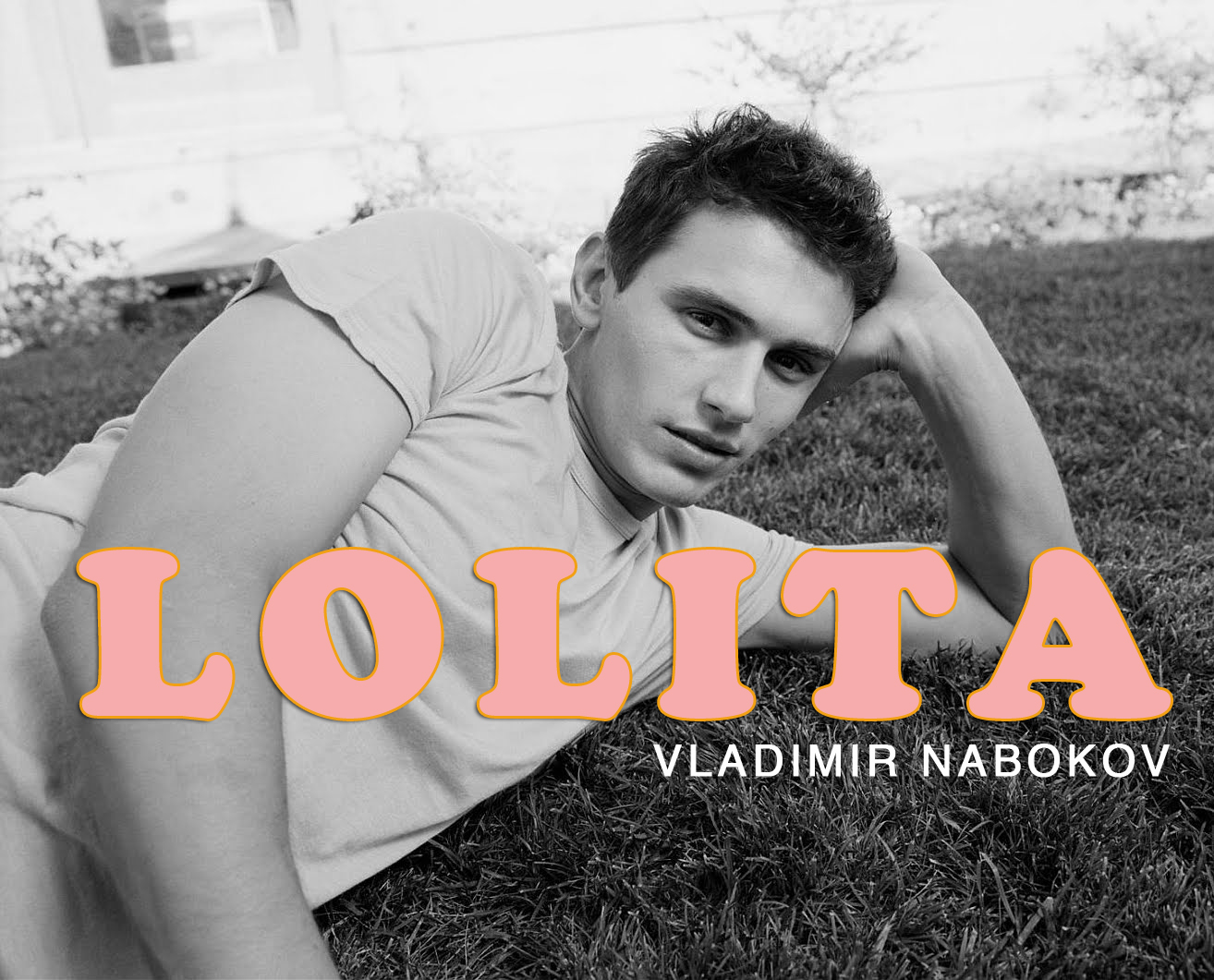 "Coin." A great take on the power fantasies that fuel so many videogames.