"I've Found a Purpose in Acting": Ranbir Kapoor on Bollywood, His Famous Family and His New Film "Besharam"

Ranbir Kapoor only turned 31 last week, but he's already a two-time Filmfare Award (read: Indian Oscars) winner for Best Actor, for 2011's "Rockstar" and 2012's "Barfi," two entries in a string of successes culminating in this summer's "Yeh Jawaani Hai Deewani," the fourth-biggest commercial hit in the history of Bollywood.

Ranbir is but the latest member of the Kapoor family to dominate Bollywood: his grandfather is the great actor-filmmaker Raj Kapoor, and his father Rishi was one of the biggest stars of the '70s and '80s. And now, in "Besharam," which opens October 2nd, Ranbir Kapoor plays opposite his father and mother, Neetu. "Besharam" is the widest release in the history of Bollywood, opening on more than 4000 screens in India, and over 200 in North America alone.

After a press conference for "Besharam" at the Indian consulate in New York City (in which Ranbir, half-kidding, declared "Bollywood without Kapoors would be like Superman without his red underwear"), I had a chance to speak with the actor hailed as "the most bankable star of his generation."

Something I wanted to ask you about is the meaning of the word "besharam" [In English: "shameless."] in terms of the film. How did it factor into your work as an actor? You're in the trailer jumping around pretty shamelessly…

I think it's very important. "Besharam," the English translation is "shameless." And I think it's very important as an actor to be shameless in front of the camera. Not only in the sense to jump around, but also in emotion. You know, someone who doesn't bottle up too much. As the film is concerned, the character I play, his name is Babli, he's a bit over the top, he's a bit stupid, you know, vulgar, repulsive. It was hard to do that, because I'm a bit of an introvert personally, and to portray someone who's so out there and so larger than life, which was a far cry from the other characters I've played…it was fun. You need a lot of confidence, a lot of self-belief.

I think the word "besharam" in this movie is derived from the character, and the way he sees life. He sees life in a way that is not colored by society's ideas about right and wrong. His morals are his own. He's very individualistic, he's very original. And a person who is so confined by what society thinks may think that he's shameless, but it's really just the right way of living, to follow his heart.

You talk about being an introvert, the chance to let loose and be somebody like this must be a great outlet.

Oh, absolutely. And I think it lets me express myself. I think I've found a purpose in acting, it's something I truly love and truly enjoy. It makes me happy. It makes me understand more about life, in front of the camera, than what I'm living beyond the camera.

I think every kid's nightmare is to work with their parents, but having them on set was really lovely because they've been acting for so many years. And they're such good actors. I never felt like I was acting with my parents. They're working professionals. They surrendered themselves to the parts and to the movie. Doing goofy stuff like that in front of them was a little hard to do. It's a bit not how I like to portray myself in front of them.

The dynamic between us is comedic. I play a car thief, I steal cars, and they play the cops. It's a bit like a caper, they're after me through the film, it's sort of a Spy vs. Spy dynamic. So that was interesting to play. You know, when the film originally came to me and I agreed to do it, and [writer-director Abhinav Kashyap] wanted to offer the part to my father—my father's doing amazing work as a character actor right now and the roles he's doing—and he'd always wanted to work with my father. It wasn't really intended to make a family package as such, it was only when he went home and saw my mother and thought, why don't I split this one role into two people, it might be interesting in that sense. It was just a fun experience, working with them.

You mentioned your father, whose legend of course precedes him, and then of course there's your grandfather [filmmaker Raj Kapoor]. How would you say, if this isn't too large a question, that Bollywood has evolved from your father's generation to yours, or your grandfather's era to yours? In a way it sort of seems like the history of the Kapoor family is kind of the history of Bollywood, it's almost as old as the industry itself.

I'd like to think we haven't evolved from my grandfather's era, but we've definitely evolved from my father's era. There was a time when my father was making movies, like he mentioned himself, where every actor was doing the same kind of movies over and over again. Because every actor had an image, you know, that was so larger than life, for the Indian audiences. But I think that the generation I come from, and the kind of actors who are coming after me, are bringing a more individualistic approach to movies. It's more about being a character now than standing ahead of the movie: the movie comes before you. You know, the new ideas, I think actors are more fearless now in trying new stuff. They're doing less roles, more quality work instead of quantity work.

I mean, there are good sides and bad sides. The bad sides are, our music has definitely deteriorated. The shelf life of our music is very small. There was so much melody, so much poetry attached to it once, but now it's just catering to a quick buck, you know, it's like fast food.

Our stories are becoming a little bit more…reflecting society. I think back then we didn't like to reflect society because Indian audiences like escapist cinema. It's two hours and forty five minutes in a cinema where they want to see songs, dances, action, comedy, romance, they want it all. 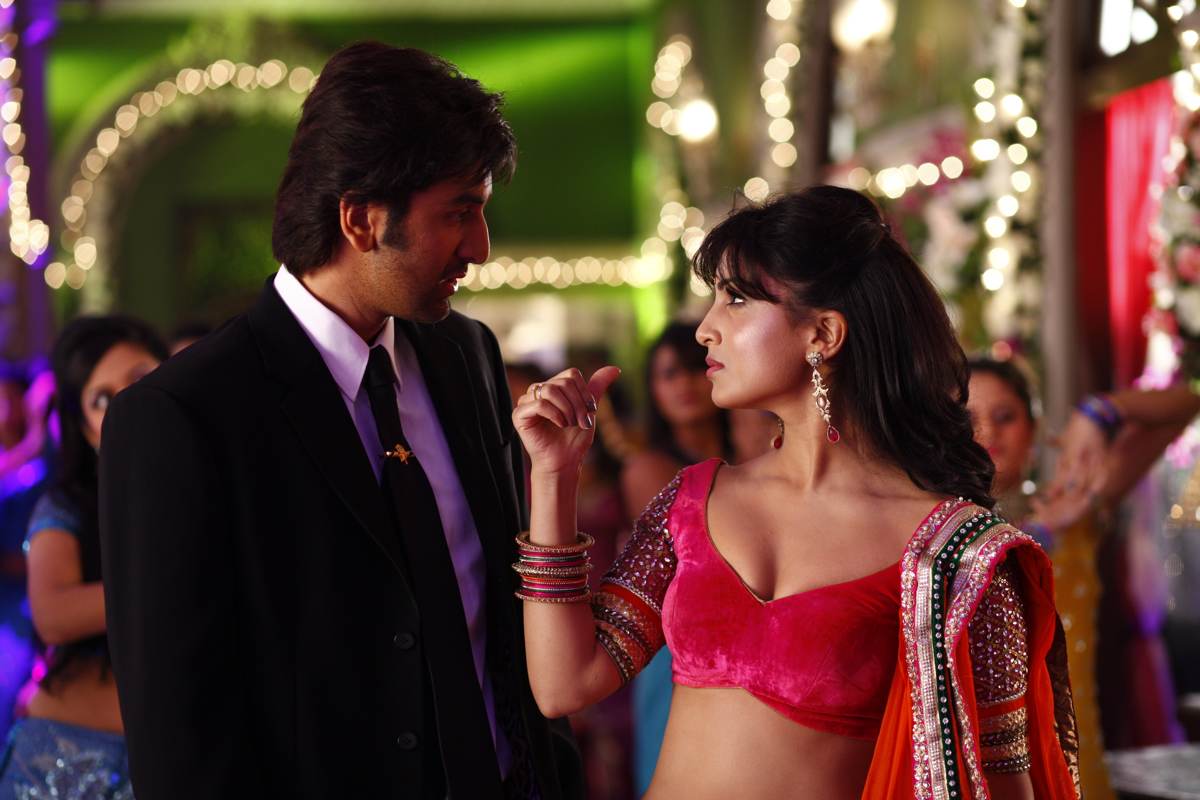 Yes, exactly, masala, that's why we say it. But I think today the balance is getting diverse, you know, if they want the masala movie at the same time we have a film which is not that masala, which is more about the world of the film, and it's more real, and the characters, and the theme is probably a little bit darker. So it's a healthy time to be in cinema.

Content-wise I do believe my grandfather's era, which was the '50s and I believe in Hollywood also, was the golden time of filmmaking, movies which really stand out.

With things like the event the other day in Times Square [with a half-million people in attendance], it seems like audiences for Indian films over here are growing. Do you have any plans to make a film in North America, within the North American industry, or would those creative and financial needs be met continuing to make films in Mumbai?

I think we have reached out to the American audience, and there's a large Indian community throughout the world, and there are people who are watching our movies. Having said that, I as an actor would rather make a movie in my country, in my language, with my people. You know, examples like "Crouching Tiger, Hidden Dragon," or "Life is Beautiful," or "Amelie," they were movies from their countries, about their characters and their problems, and that really made a noise throughout the world. I think it's very important that you make something that you connect with and understand. Bollywood has been—just the name, "Bollywood," is so influenced by Hollywood—a bit in that shadow, even though we make 3,000 movies a year. Our content, our audience, and our platform never matches here, because…of the language. [Hindi] is not a widely spoken language. Also, we are lacking in content. Because of the inspirations and influences that are so strong from Hollywood, I've made two movies in North America, I've shot two movies here, Hindi movies, and it's amazing to work because everybody is so encouraging toward us and showing us so much support. But I would say that we really haven't connected to a larger audience beside the Indians, they're the only people watching our movies, not the Americans. 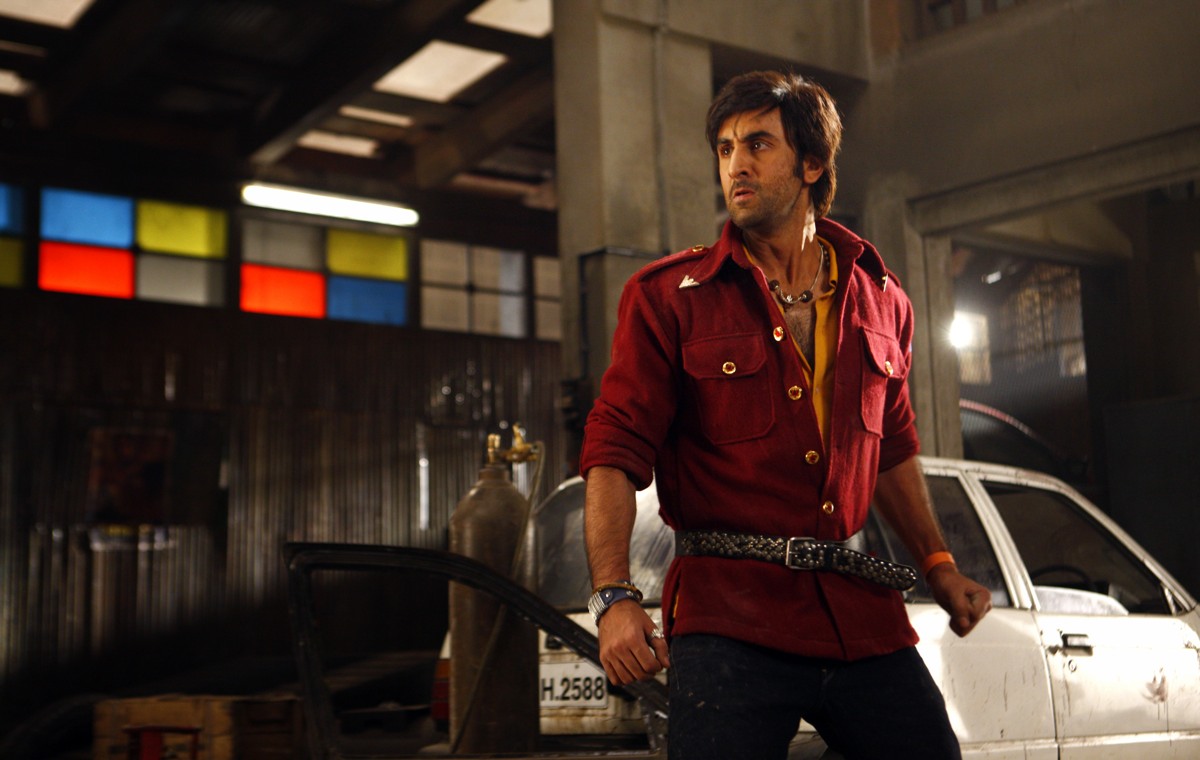 Do you think there's any chance that that could change? Would the right blockbuster, perhaps, something like "Crouching Tiger" that was an enormous hit here, could catch on? "Besharam" is going to be the widest Hindi release in North America at like 200 screens—

Do you think there's a possibility of a Hindi blockbuster crossing over to the point where it would get as wide a release as it does in India?

Well, a) I don't think we have the budget to make those kinds of blockbuster movies. Yes, we may have a marketing strategy and a platform right now for releases, and b) I don't think we are making good content to be that wide spread. It's one film in twenty thousand films that are released that make that kind of money. Having said that, I think…I mean, Hollywood films do very well in India. A big Hindi blockbuster makes the same amount as the big Hollywood blockbuster film. But if a Hindi film releases in North America it releases at 200 prints, which is nothing. It doesn't really add up to anything. I think if we start improving our content, with a little word of mouth, with a bit of positive light toward us, I think that's the only way to go.

The last question I have is, if "Besharam" is as big a hit as the studio is planning for it to be—and there's really no other way to put it, you're really on a roll lately, with a lot of really big pictures—how do you plan to use the creative freedom that you will attain from this level of success?

I think for me it gives me confidence to take more risks, and to imagine things which are more out of the box. Thankfully I'm producing a movie right now, and I've gained a lot of confidence to allow me to do that. It's a detective film called "Jagga Jasoos," which I start next month. So I think if I have the freedom to do the things I want to do, that's what it will give me, and that's it.