Personal Expression: Alfonso Gomez-Rejon on “Me and Earl and the Dying Girl”

Alfonso Gomez-Rejon had quite a Sundance. His sophomore outing, “Me and Earl and the Dying Girl,” went into this year’s fest a relatively unknown commodity. It came out the biggest film from Park City, complete with a distribution deal from Fox Searchlight that puts it into theaters tomorrow, June 12th. The divisive film tells the story of Greg, an emotionally defensive young man who watches his mechanisms crumble when he’s forced to deal with the reality of death. While the film is based on a novel by Jesse Andrews, the powerful impact of cancer is one to which Gomez-Rejon directly related, having lost his father to the disease. He took that personal pain and channeled it into a film about creativity and the life-changing events that often force us to come of age. He recently sat down with us on a whirlwind tour to talk about artistic expression, genre-jumping, and the difficulty in talking about something so deeply personal.

Let’s start with the film’s emphasis on artistic expression—both that of Greg & Earl and Rachel’s—and why creativity and art is important to you.

I’ve been on the receiving end of that and I’ve felt it in movies. You feel Scorsese in every movie. You feel who he is and that he’s trying to say something. Whatever that is and those movies change with you. You think “After Hours” is about one thing and then you turn 40 and it’s about something else. They change with you. I felt the human being on the other end before but I’ve never had the opportunity to do that. I had something to say and I was given the opportunity to say it and express it in ways like…how do you get that thing out of your system when it’s so abstract? This person is there and then not there and you have to just move on with your life. Luckily, I got Jesse’s incredible script and thought I could give this a shape and talk about it and deal with it and express it in a movie. The making of it is an even different high. You feel a different connection. And you’re changing with it. It’s so hard to go through and you think about who you were at the beginning of the film and then the making of the film and where I am today. And it’s a document of who you were at that particular time. Even when I was doing the commentary, and it was my first commentary ever, I realized that who I was when I started making the movie was different than at the end or where I am today. And part of that is because you’re forced to talk about it. You don’t talk about it.

It’s an emotional process while you’re making it that becomes a more intellectual one when you’re forced to talk about it so much afterwards?

You have to articulate it in a way. But even the way I got the job was I made a reel. You’re expressing yourself in a different way. Sometimes talking about it, you discover things about it. During Sundance, you’re forced to do press. The first day, I could barely finish a sentence. “What is the movie about?” “This f—king kid in high school. I don’t know.” Then the movie screens with your dad’s dedication and something that has been so private is now as public as anything and you have to talk about it. How do you make a soundbite out of it? It’s OK. It’s now an extension of the theme of the movie.

How do you avoid something so personal not getting repetitive when you talk about it over and over again?

Questions like “Tell us about the movie” are hard. But when I look at you and I know that you like the movie, I’m just talking to you. I’m not going to worry. I don’t make it a conscious thing. These are, I think, genuine questions that are different from someone else’s, so…

Friends often ask me how people do the same interviews all day and then the next day in different cities. And I say, “I’m sure sometimes they say the same things…”

Certain questions will get you the same answers.

How do you keep it interesting to yourself? 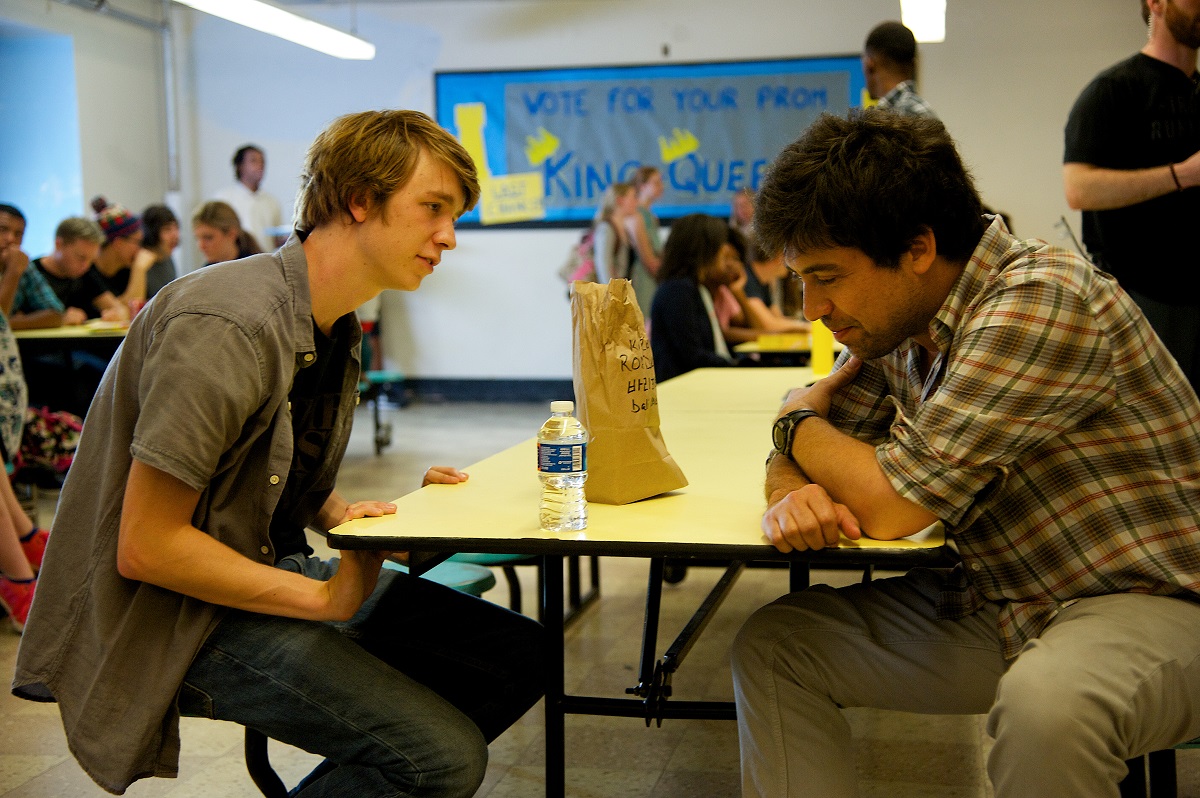 Much of the success of this film comes down to casting, so how did you find the right three leads?

It had to be right. It’s this energy flow that stops if there’s too much sexual chemistry between Thomas and Olivia OR RJ and Olivia. Olivia auditioned with some other people and it wouldn’t feel right and you’d look at the tape and be like, “You guys are gonna kiss in five seconds.” The camera picks up different things. So it was about finding actors who had the gift of naturalism and effortless comedy without trying to sell the joke. Also realistic expressions of a 17-year-old. Sometimes young actors act too much like adults. You see the confusion here with such subtlety that’s coming-of-age specific. Earl came of age already. He’s the man of the house. She has a shift where she takes control of her own life. She’s legally turned of age during the movie and can make her own decisions. Olivia and I had a chart of the five stage of chemo. And then there’s Greg, crawling on the floor at the beginning and walking at the end. He’s on his journey. You needed actors who could do that. They felt the characters. They got it. Thomas went through so much hell to get the job. He came back over and over and over again because I just had to make sure. I was going to put so much of myself on the screen.

How do you avoid making the film too maudlin and manipulative, which you easily could do with this subject matter?

It was my biggest fear. I know how I wanted it to feel. If I wanted to find comfort in this movie—if I had something to hold on to when I was going through it. I wanted to find that comfort and capture the purity of that feeling. I didn’t want it to feel manufactured. It all starts in the casting. And then the text, of course. And then the humor. In the directing, you gauge it and play around. There are key shifts that I was certainly nervous about. And then the score by Brian Eno. He’s just finding that thing that would tip it in one direction.

And the visual choices are essential I think in that it’s not gauzy, Vaseline lensed melodramatic choices but unique camera angles that push against the emotion. Speak a little bit about Chung’s choices.

Chung was not the obvious choice, obviously. And neither was I. I was the horror guy and he was the Park Chan-wook guy. When I heard that he was interested, I was like “Really?” We Skyped and he was very funny. He had a translator—he has one around but he doesn’t really need it—and he’d say something in Korean and his translator would just crack up laughing. I realized how funny this guy was. He liked some of the stuff I was doing; I loved his stuff. So we both knew without saying it that we both loved the camera. We get it. He talked a lot about John Hughes. He only talked character. Never technique. This feels right, we have to go with it. We had a blast. We felt so safe to come up with the craziest camera moves. We had stuff that was so outrageous. 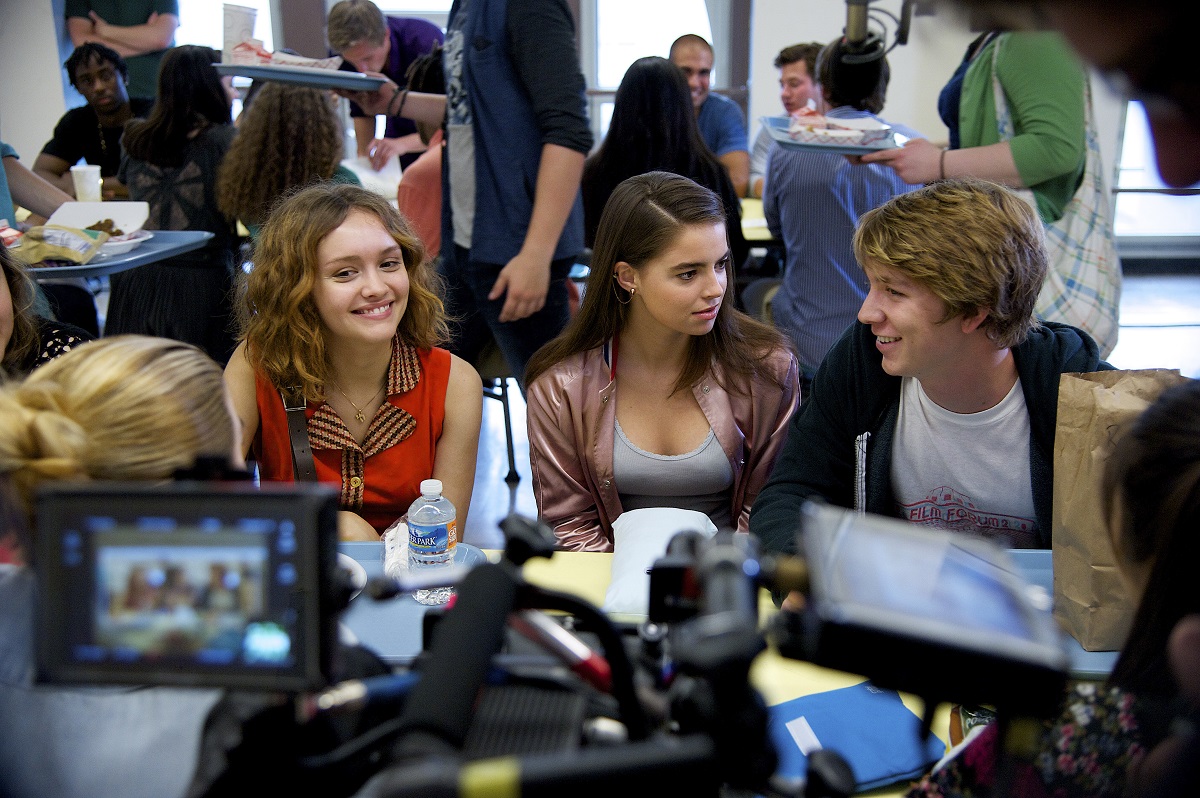 You’re opening against “Jurassic World.” What are your expectations?

Can’t think about that. Zero expectations. I had zero going into Sundance. I want people to see the movie, obviously, and I know that Fox Searchlight is doing an amazing job. I did my best with the film. I’m doing my best out here to support it. They’re embracing the film for what it is. At some point, the Gods decide. It’s nice that the work of everybody involved is being recognized. That matters.

You just called yourself a “horror guy” but it seems to me that your resume hints at someone who wants to jump genres as much as possible. If you look into your crystal ball for the next 20 years, what kind of films do you see yourself making? Are there certain kinds of films that interest you more than others?

It’s funny. I never thought I’d be making horror films even though my first short film I made with my friends was called “Death…My Hobby.” And then your career just takes a turn and you’re making “American Horror Story,” which is very expressive filmmaking and you’re getting high off that. It was time to go deep and personal. All I can say is that I hope I have the courage and opportunity to make films that are personal. That have a personal hook and that scare me to take them on. Before I was a horror guy, I was a musical horror guy, and before that because of Scorsese I was a gangster guy. And I’ve written two scripts that took place in Chicago. I would like to jump genres like most of my heroes do because why not? But hopefully they’re all personal in some way. As Scorsese said, “If you’re scared, it’s good because that means you’re growing.” So, hopefully, I continue to be scared.