No Safety Net: Eugenia Yuan on “Revenge of the Green Dragons”

A star rhythmic gymnast before she started her acting career, Eugenia Yuan is a formidable presence. Controlled yet lively, joyous and serious, this young actress—a daughter of one of China’s greatest martial arts icons, Cheng Pei Pei—is taking on more and more diverse roles. Her memorable turn in the Roger Ebert-endorsed “Charlotte Sometimes” paved the way to a diverse group of movies, of which “Revenge of the Green Dragons” is currently the most expected one.

I can’t think of many actors whose career would be as international as yours. You’re versatile, bilingual and seemingly open to any challenge. Is the first question you ask yourself after waking up: “Which continent is this?”

EUGENIA YUAN: Sure, I have that feeling sometimes, but that sense of confusion may affect you even if you don’t move from L.A. or New York. You always go where your work is, and I feel fortunate my work takes me to different places. Since I speak both English and Chinese, I feel at home in many places. I do feel a little bit ungrounded, but that’s part of the career. What grounds you is each character you play, because you bring so much to it without even knowing it. And then you’re at home any place you’re at, no matter where you’re shooting. Sometimes you act in scenes that supposedly take place in Europe, but the shoot is in Canada. It’s not the location that matters: it’s you, the character and the situation. I feel more grounded when I’m playing something than when I’m not working. It’s more traveling between characters than traveling between places. 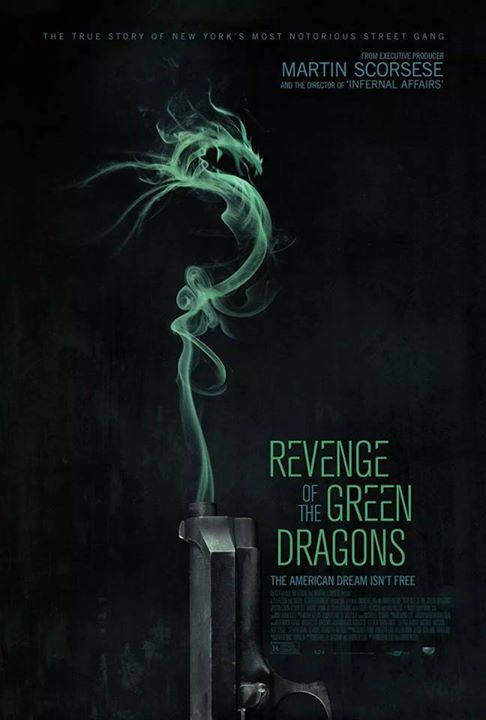 Do you soak up cultures you encounter in those various places?

I wish I could do it more, but it’s difficult. In a way, it’s similar to when I was a rhythmic gymnast—I could have spent the whole summer in Bulgaria, but all I saw of it was the gym, because I was so focused on my practice. I soak up cultures only at my leisure.

How does being a rhythmic gymnast compare to being an actress?

The two are so similar, in that they’re both about expression and storytelling by means of your body and the control you have over it. I like communicating emotions through movement, eyes and face – film and TV allow so much subtlety of expressions. In gymnastics, the key factor is perseverance. You train for days and then you get to show your abilities for a couple of minutes of performance. In that way, it’s similar to auditioning: all your training and emotion has to be packed into those incredibly intense minutes of showing what you can do.

Can you tell me more about the character you play in “Revenge of the Green Dragons”?

I play a character named Snakehead Mama. In reality, she was the grandmother who came to this country first, and, in a way, started the gangs the movie tells the story of. I’m very grateful to the director for the trust he put in me. A role like that could easily be treated like a stereotype, but that’s not how Andrew Loo and Wai-keung Lau approached it. I was cast against type and I think it worked. By the end of the shoot everyone called me Snake Baby Mama. 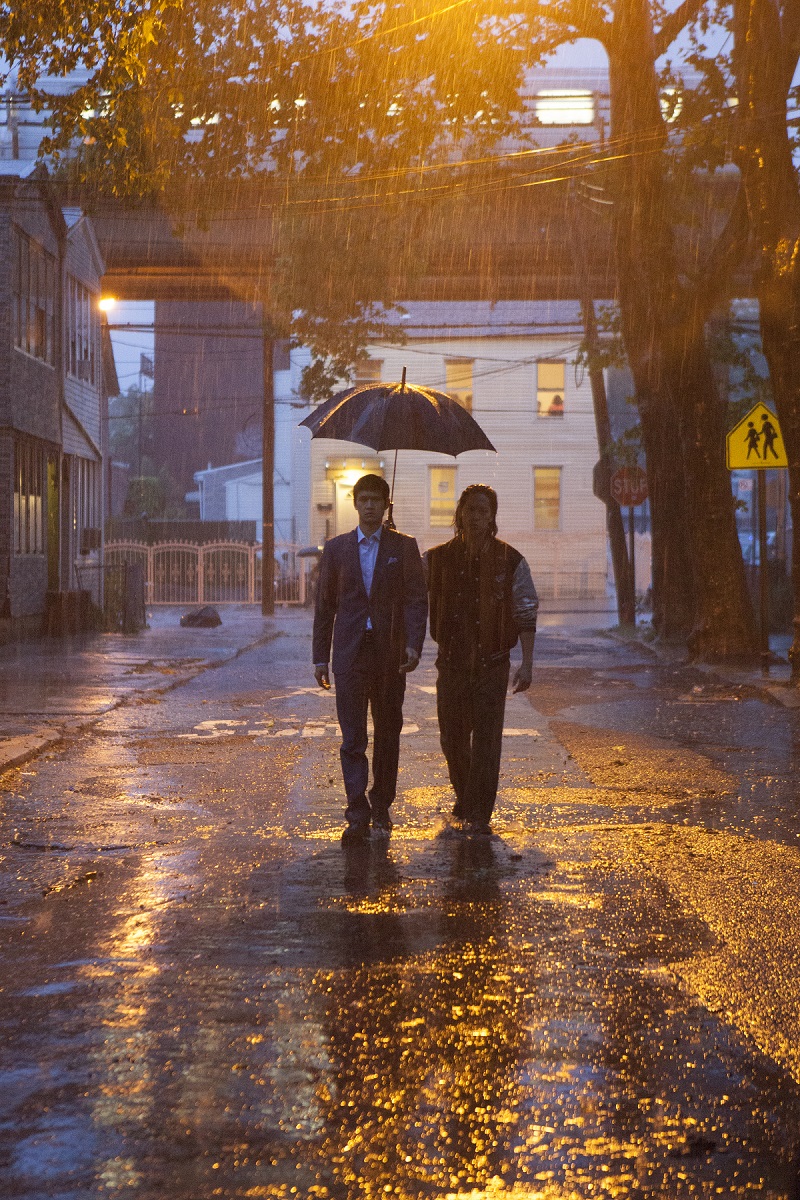 The story itself, which is based on real-life gang wars between immigrant groups in Flushing in the 1980s and 1990s, is reportedly full of violence.

My character is definitely capable of violence, but she’s also a vulnerable human being. She didn’t come to America expecting to be in a position in which struggle for making a living becomes literally that: a fight. She’s powerful, but power was not what she craved in the first place. What she does is how she survives. In a way, I feel like her story is a powerful testimony to immigrant experience in America. And not only in America. Nowadays, many people actually go to China, for that’s where the opportunities are at. Immigration is about adaptation. Not everyone is necessarily happy with the person they become, but the decision was made the second they decided to emigrate. It’s scary that you don’t have that much control over who you become if you decide to reinvent yourself.

What is your experience of being an actress? You bring so much life to the characters you play. How much of energy is left for you?

Acting is a very lonely business, a very lonely career. You can have a loved one in your life—a wife, a husband, a partner—but once you go inside the character, you’re totally alone. It’s difficult for your partner, too, because they won’t be able to understand (even if they’re actors themselves) what it takes for you to become that other person, and what is it exactly that you leave behind when you become your character, and how much it costs to come back to yourself again. 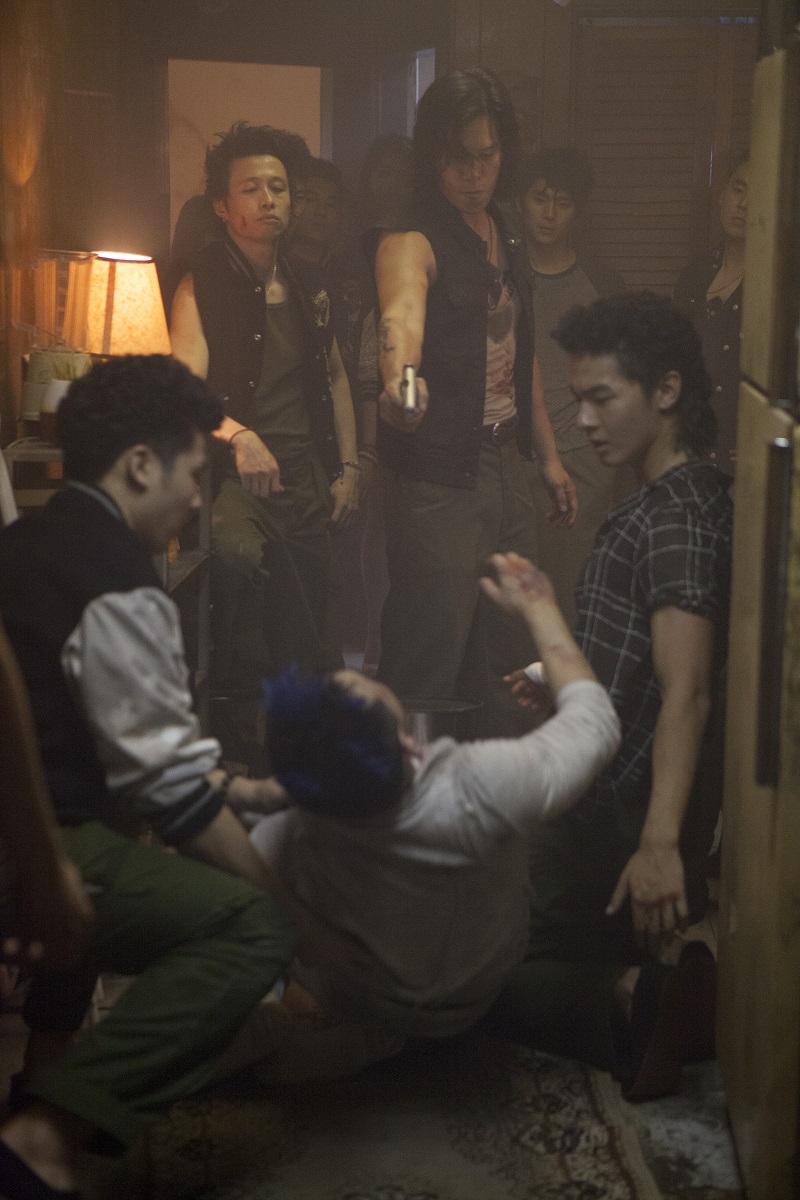 Sounds a lot like what you just said about emigration.

In a way, actors are just like immigrants: plunging into something new and scary in order to emerge as different human beings. On the other hand, changing doesn’t mean that you stop being yourself. There’s an anchor somewhere deep down that keeps you and makes you into who you are. You don’t even realize it’s there, and it’s usually when you hit your lowest point that you discover what that anchor truly is. It’s sad that it takes so much, but I think that your lowest point can also be the point at which you become strongest.

Right, but as an actor you have a safety net spreading beneath.

When I act, I don’t really feel there’s a safety net. That’s what’s so scary. I jump into the role with no life vest on.

How was it to act alongside your mother in your earlier movie, “Shanghai Hotel”?

It was a huge challenge. My role was so dark: I played a prostitute, and she played a madam who basically has total control over my character. We lived together during the shoot and my Mom saw me every day as I was getting more and more depressed, going more and more deeply into my character. She’s been in the business for so long, it’s easy for her to pull back from the character she plays once the scene is over. For me, it takes a longer time. I can’t just stop being the character I play that quickly. It takes time for me to come back to myself and to heal.

Are you happy with the way American movies portray Asian and Asian-American characters?

I think there’s a lot to do for every culture and every minority in terms of representation in film. If everybody took themselves for human beings, instead of labeling all the time who we supposedly are, it would bring true progress. We all share the same fears, but our experience can be vastly different. For example, I would love to play someone who was adopted by white parents, because I see that happening all around me—and yet there are so few movies in America that would deal with race and culture in an adventurous way.