No Perfect Circles: Producer David Ichioka on "The Box Trolls"

LAIKA Studios has a motto: No straight lines, no right angles, no perfect circles. The impossibly intricate worlds they create for their characters are entirely hand-made, every blade of grass, every doorknob, every cobblestone, every buttonhole, every cloud and every sky—all one-fifth life size.

LAIKA’s follow-up to "Coraline" and "Paranorman" is "The Boxtrolls," based on the book Here Be Monsters, by Alan Snow. It is the story of a young orphan boy raised by trolls underground who thinks he is one of them. "They wear cardboard boxes like hermit crabs wear shells," producer David Ichioka explained to a group of visitors to the studio in Portland, Oregon in April. "They are very timid." When they are startled, they retract their limbs and heads inside the boxes. 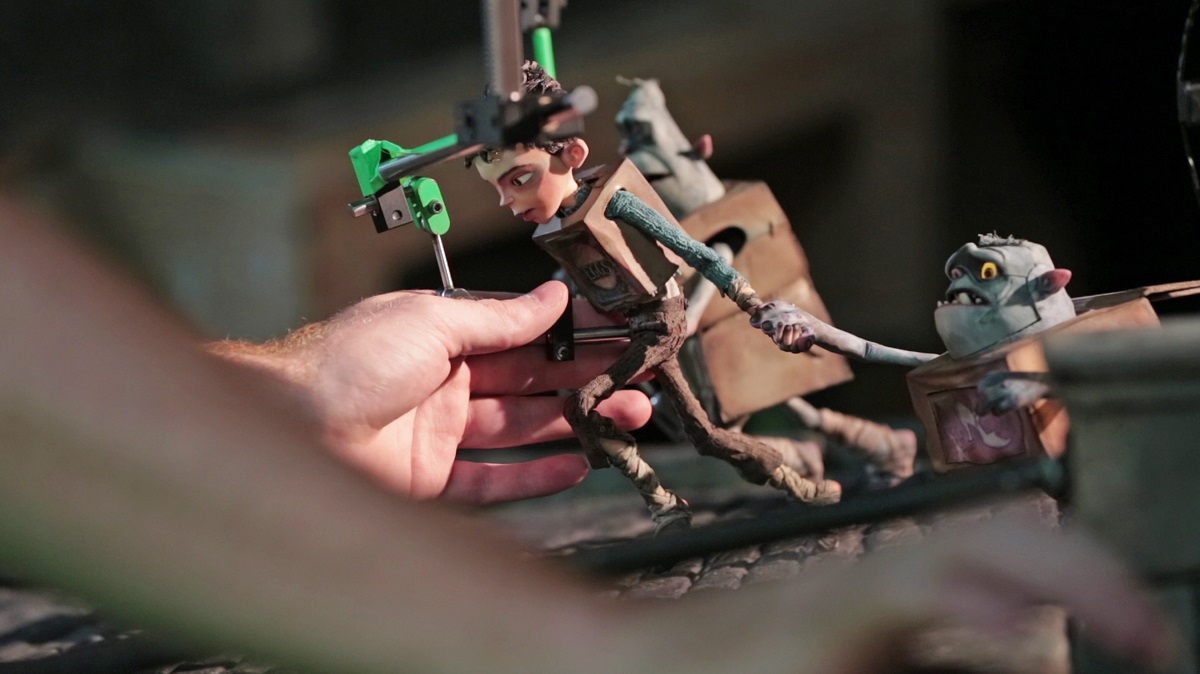 "This is LAIKA’s first period piece and the first time we stepped out of the present to an indeterminate period of the past," he told us. It is a  conglomeration of Victorian, Edwardian, European, and Asian. "We never met an anachronism we didn’t like." They have electric lighting and use it as musical instruments.

LAIKA’s films are made in stop-motion, "the antithesis of modern filmmaking." Normal films are created by making still photos of a moving thing. Stop motion is posing and composing still pictures that are stationary but making it look like motion.

It is a painstaking process requiring endless patience and problem- solving. They produce just seconds of footage each week. "When a person moves, they are off balance. If you freeze them, they fall over. It’s straight-ahead filmmaking. It’s the only form of filmmaking where you shoot frames 1,2,3, and when you get to 3, 2 is gone forever. If it wasn’t for heroic measures, we couldn’t do a single image."

The technical problems are secondary to the challenge all filmmakers take on—telling the story. "We go to great pains to make up for one of the things most compromised in stop-motion: facial expressions and motions. We artistically create acting from all these still images." 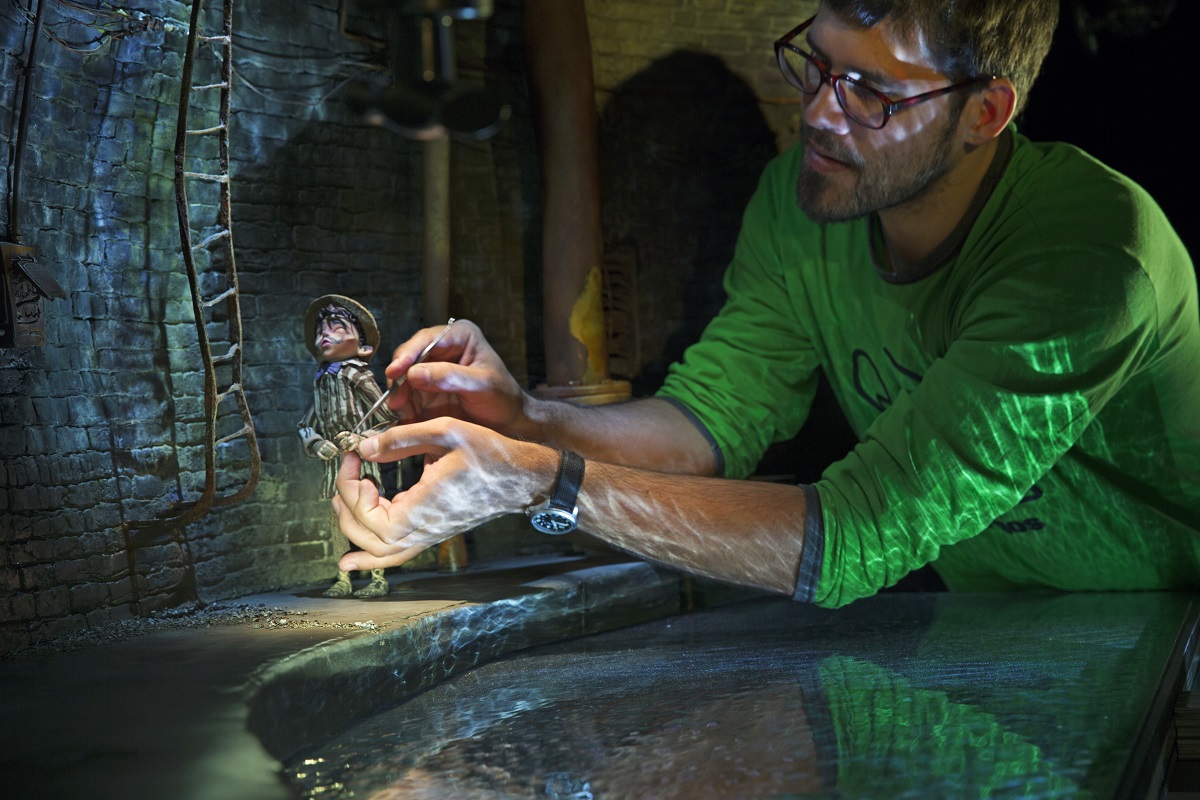 "Coraline" and "Paranorman" each had "a cast of tens. This one has a cast of hundreds." It even has a ballroom filled with characters waltzing. That is made possible by 3D printers, which have produced more 50 thousand different faces, allowing the characters to "speak" every possible combination of letters with every possible facial expression." This is a huge leap forward from the earlier films, where in most cases the characters’ faces were manually shifted by the filmmakers. "We don’t have to make that compromise anymore. The lines on their faces move with them in a way that feels natural."

The cast includes what Ichioka described as "great nasally animation voices."  Ben Kingsley plays the villain. Other voices are provided by Simon Pegg, Tracy Morgan, Nick Frost, Richard Ayoade, Jared Harris, and Toni Collette. The movie’s hero, Eggs, is voiced by Isaac Hampsted-Wright, with Elle Fanning ("LAIKA family," as her sister Dakota played Coraline) as his friend, Winnie. In this imaginary, anachronistic, but Victorian/Edwardian-themed world, all of the actors use English accents—except for Tracy Morgan. "We tried for a second, though," Ichioka said. But then they decided he was just right as he was. "The voices are recorded first and they inform the animation a great deal. We don’t write and shoot these things; we sculpt them over time. Now that we’ve said no straight lines, what do the lines do?"