Art as an Afterlife: Thomas Mann, Olivia Cooke and RJ Cyler on “Me & Earl & the Dying Girl”

Alfonso Gomez-Rejon’s “Me and Earl and the Dying Girl,” from the book by Jesse Andrews, was THE film at this year’s Sundance Film Festival. There’s always one. A movie that sets Twitter and press tents on fire with its premiere. I can remember where I was when the premiere of “Earl” let out and social media basically told me that I had to change my plans and fit this one in. Now, after playing a few more festivals, “Earl” is opening in limited release this Friday before a greater expansion in the coming weeks. In the film, Thomas Mann plays the defensive and sometimes petulant Greg, a young man who sees everyone in broad stereotypes, even his “co-worker” Earl (newcomer RJ Cyler), with whom he makes parody short films. Greg’s narrow worldview is challenged when his mother (Connie Britton) forces him to spend time with a classmate named Rachel (Olivia Cooke), who has recently been diagnosed with cancer. The three stars of the film recently sat down with us for a lively discussion about their role models, their unique director, and even the Arctic Monkeys.

When Alfonso was here for the Chicago Critics Film Festival, we discussed the idea that this is a film that is ultimately about creation—the three characters all leave something behind with their art—being actors, you three are creators in real life. How important is that aspect of what you do to why you act?

OLIVIA COOKE: I feel like—it sounds so cheesy—it’s the only way I can really express myself. You can kind of see at different points in my life the way I’m feeling and the way I want to be portrayed through what films and what projects I take on. If I’ve got something to say, it’s the only way I know how to.

THOMAS MANN: I feel like I’ve always been sort of a sensitive person and it allows me to embrace that part of myself and really share it in a way that I can’t in my normal life. It’s a great outlet. To tie it back into the movie, it’s about leaving something behind. Art as an afterlife is a beautiful idea.

RJ CYLER: For me, I’m very creative. In my mind, creativity is consciousness. I’m not really good with explaining myself verbally, but I do it through music and other outlets. Without creativity, I’d be just “blah blah blah.” 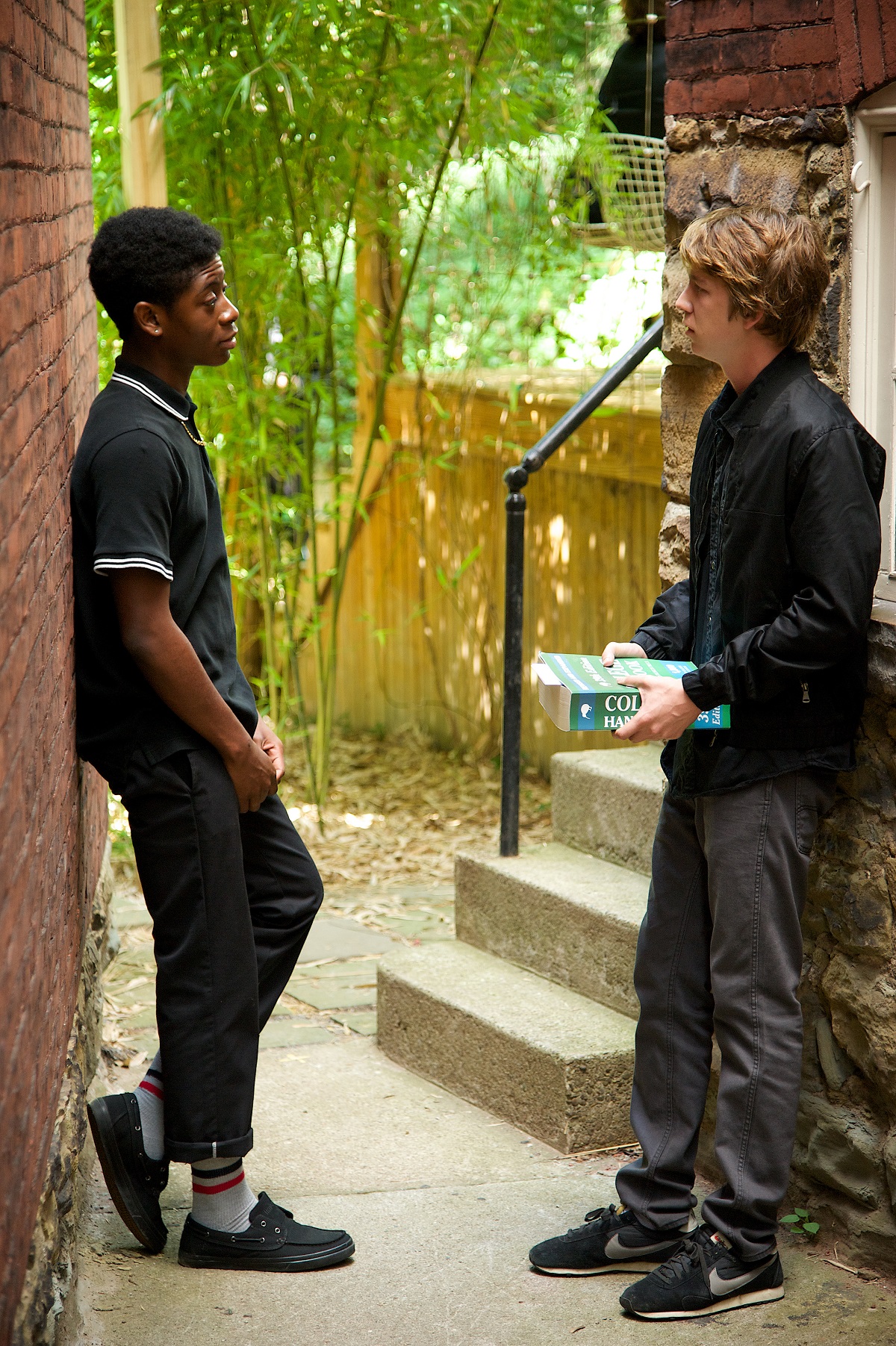 OC: I think when we won the awards. I was confident before that, but I was so pessimistic—to protect myself, probably. I knew the script was something special and I’d be really heartbroken if no one got to see it. But I had no idea for sure.

TM: I knew that it would be a movie that would please at least a certain crowd, but I was hoping that people would get it in a different way and it would resonate on another level, in a more universal way. The reaction at the first screening at the Eccles—seeing it with THAT many people, all laughing at these jokes that you’ve heard a million time is so rewarding and overwhelming and strange. That week is a blur. That night we were at some party and read the first Variety review and we all started crying. It sound so lame, but to have people get it and respect it. It’s so personal to us.

The chemistry between the three of you is essential. Were you able to spend a lot of time together off-camera too?

TM: It’s a hard thing to fake or force. Luckily, we all got along really well. We all just sort of hung out. We went to a music festival that was happening the first week were there. You know, just walking around Pittsburgh, hanging out, getting to know each other.

OC: We had excursions every weekend as well. We went on a boat.

TM: We saw Arctic Monkeys one week, which was cool. (RJ starts singing “Do I Wanna Know?”). And now RJ is obsessed with the Arctic Monkeys. I don’t know. It was easy I think. I knew since RJ came to the audition that we would get along.

They planned activities for you?

TM: No. Arctic Monkeys I think we found.

OC: Love them. Love them so much.

RC: It was my first rock concert. So I went in as a stubborn RJ. “OK, whatever.” By the time we were halfway, my hands were up like “Oh! Yeah!”

TM: It was a really great night. It felt like the beginning of something special.

OC: It was outdoors. It was sunset. It was so good. 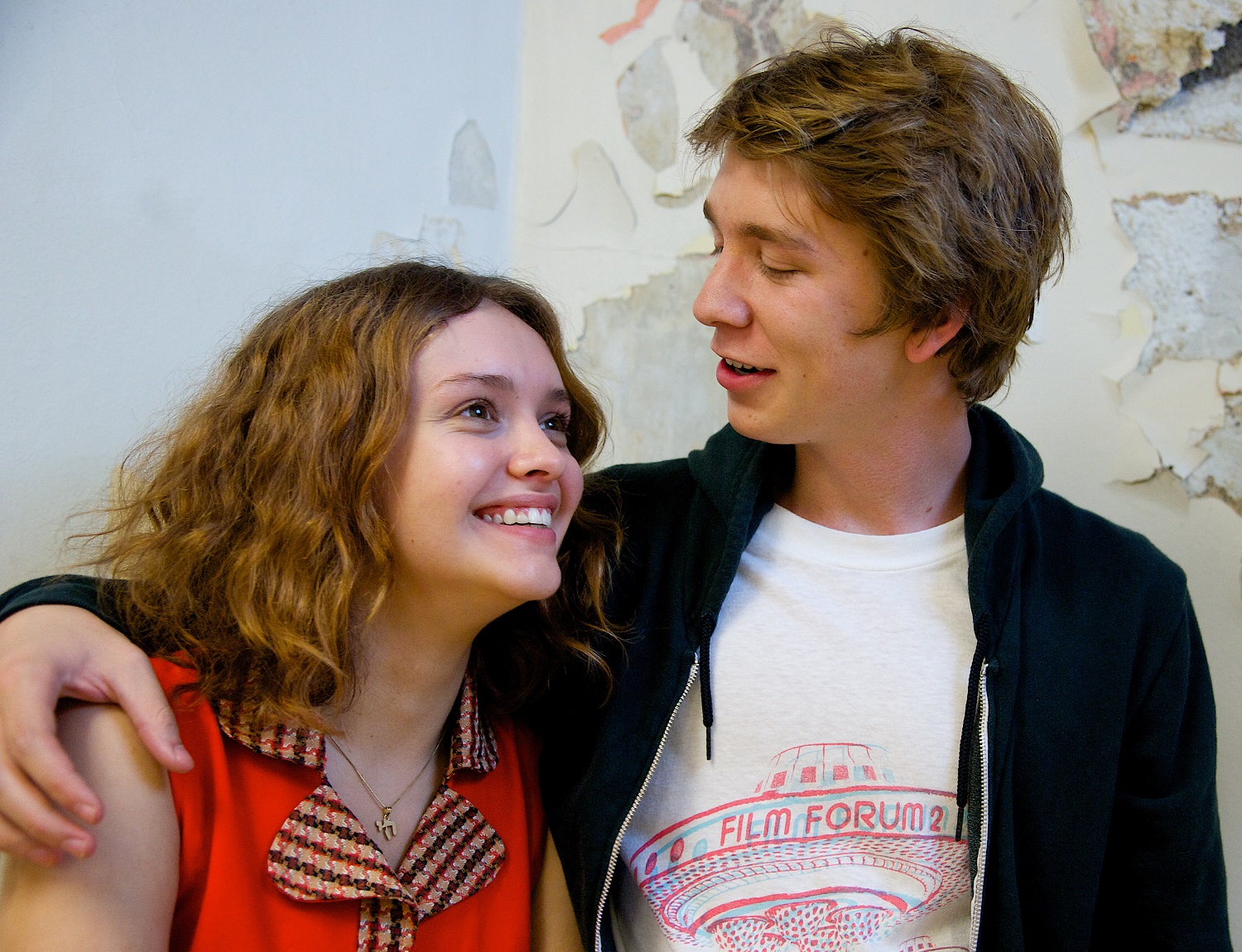 How’s Alfonso different from other directors that you’ve worked with?

TM: He cares SO much about actors and admires and respects them. He’s just so smart. You think you like movies and then you talk to Alfonso and realize he knows SO much more than you do. Olivia and I first met him auditioning for “The Town That Dreaded Sundown,” and we both got close but didn’t get the parts. Since the first day I met him, we started talking about film. A week later, I had an Amazon box of five DVDs. Since then, he’s been sending me…

What was in that first box?

TM: “Harold and Maude,” “The Age of Innocence,” “Last Tango in Paris,” “400 Blows,” and “Biutiful.” That was the beginning of my sort-of education, which kind of carried over into this entire process.

OC: Also, I don’t think I’ve ever worked with a director that felt like such a role model and mentor. He really took us under his wing and took care of us. He went out of his way to do that.

RC: He’s still doing it. I just got “Breakfast Club” before we came up here. He sent me that. Also, he sent me the BEST birthday gift ever. I love The Isley Brothers. I don’t even know how he knows I love The Isley Brothers. We never had that conversation. I would remember. He sent me the album “Brother, Brother, Brother,” signed. I was almost in tears. I was a little scared. I was like, “How did you know?” “Because I’m Alfonso.”

TM: He didn’t just want to be our director, he wanted to be our friends.

OC: In early March, I went for dinner with Thomas and him, and when I got to his house he had gotten me a bunch of sunflowers. He’s just so wonderful and thoughtful. He makes you want to be the best version of yourself. 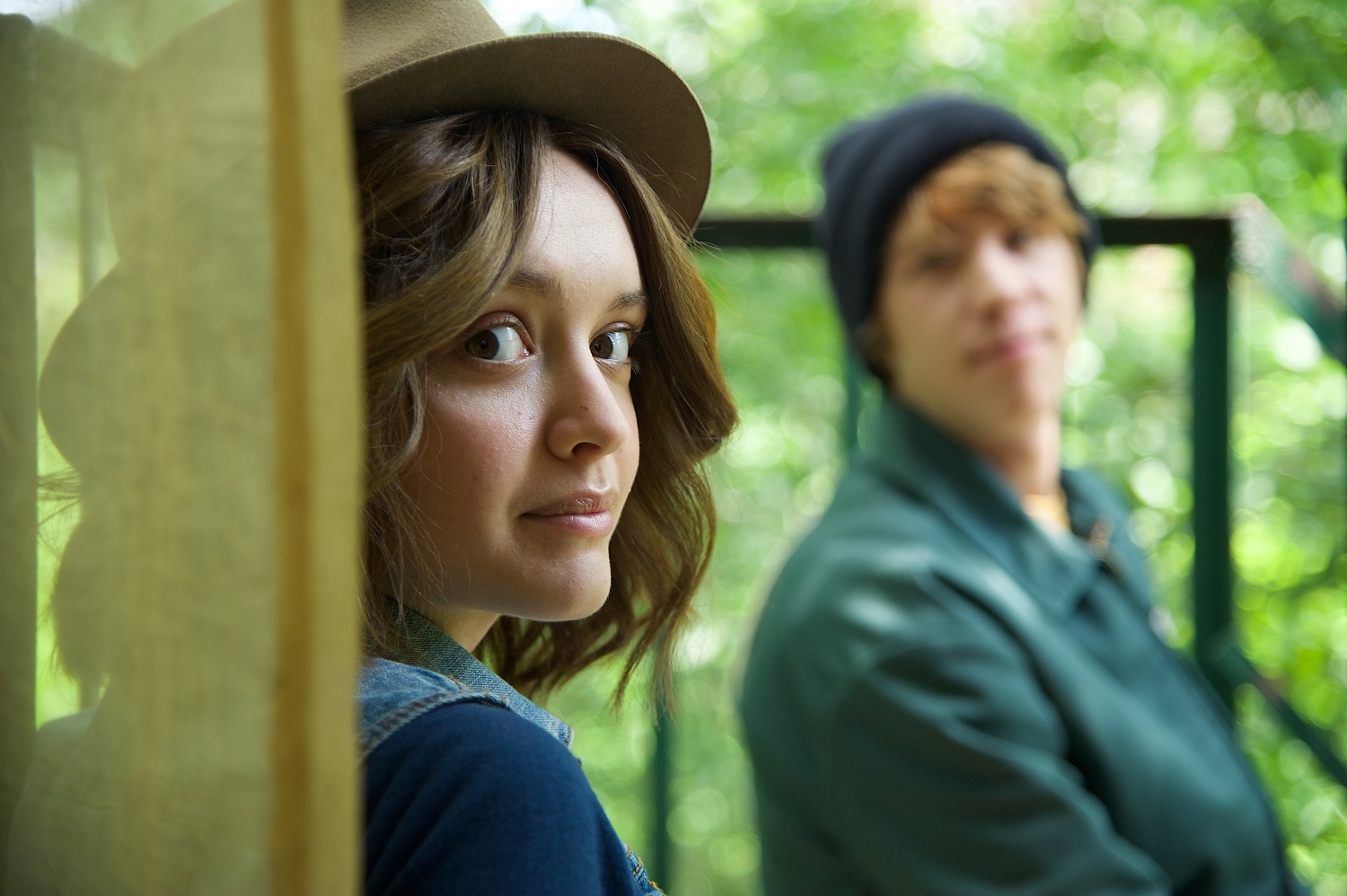 A young actor once told me that he saw every project as a learning experience, so what did you learn here?

OC: To appreciate things more. To really just try as best you can to live in the moment. We’re all gonna die someday. Make yourself proud.

TM: Embrace the humor in situations, but also that it’s OK to feel things that are real and let those feelings come. I think this film really opened me up emotionally. I was really nervous about some of the later scenes and how I would be able to deliver on the day. It just got easier and easier as I got to know the character and live in that world. It’s like this valve you can turn on that can be hard to turn off after.

RC: I learned a lot really. I learned how to tap into emotions that I needed. I’m not really an emotional person. This film put me in a state of mind where it’s OK to go there and be comfortable. I used to be uncomfortable. Alfonso, Thomas, and Olivia—I could be emotional. “Yes, I’m about to cry right now. It’s gonna happen. If you laugh—OK.”

Is there anyone you look at and go, “That’s the career path I want to follow”? An actor or actress who did it the way you want to do it over the next few decades.

TM: Tom Hanks. I love him. He’s so unique and sort of weird. The performances he gives are so specific but he’s such an everyman and so relatable. I feel like he can do pretty much anything. Paul Dano. He only works with great directors and he’s always doing something different.

RC: Denzel Washington. He stayed true from when he first started up to now. I watched one of his classes and he gave a speech about how you can have dreams but dreams without goals are dead. Nothing changed for him other than his career—he didn’t change. I see people get to a level and then you can’t talk to them. They feel untouchable. He’s a very genuine person.

OC: This is a tough one. I feel like there are some really great actresses who hit 40 and then get shunted aside. I hope I can balance it and have a family and Hollywood won’t be like, “Oh, she’s a mother now, we can’t see her as a love interest.” It’s ridiculous. I hope that it’s changing. I hope that when my time comes that I’m not simply cast aside for a younger, more glamorous version of myself.

What was the biggest challenge for you on “Earl”?

RC: The confrontation scene with Thomas. It caused me to be emotional and angry, but still keep it together. I barely cry, so having to push that out was a challenge. It was also a challenge to turn it off. It was like trying to fix a broken pipe. It took a few hours.

TM: I never had to trust anyone so much. I trusted my fellow actors. I trusted Alfonso. Most of all, myself and that I deserved to be there and I was right for the part and not second-guessing myself and giving myself over to the movie.

OC: The scene where Rachel has lost her hair. There were a lot of shots and staying in that emotional state was really difficult. Sometimes you only have like 3 or 4 takes before the next set-up. It was really hard to be in that moment for so long.