A Singular Voice in a Crowded Theater: Warren Beatty on “Rules Don’t Apply”

Very few people in the world have the same aura of stardom that Warren Beatty carries into a room for an interview. Even at the age of 79, he feels like one of the few remaining true movie stars, a man whose charisma seeps into every movement, pause and declaration. Beatty is notorious for taking his time with answers. Unlike a lot of interview subjects, he’s deliberate in his word selection, but organic in the way an answer to a question can go some place entirely different and unexpected. It’s not dissimilar to his acting style in that so much of his screen presence feels God-given and yet there’s also the sense that there’s a process behind every decision he made to get his character to this specific place and time. He’s somehow both natural and deliberate, in the best sense of both words, and, also unlike a lot of interview subjects, conveys this duality in person as well.

Over the course of his tour for his latest film, the period dramedy “Rules Don’t Apply,” Beatty has been careful to move the spotlight as much as possible from his return to directing for the first time in almost two decades to his two young stars, Alden Ehrenreich and Lily Collins (who I also spoke to and that interview will run tomorrow). At the Q&A the night before our interview, Beatty repeated that this is a film about their characters, two employees of Beatty’s Howard Hughes who have clear romantic chemistry but are stifled by the sexual puritanism of the day. Beatty’s detailed period piece is filled with cameos, reminding one how much Beatty is an actor’s director, and always has been.

I’m always curious about why films come along at a certain point for artists in their lives. So, why this film now? How is this different than it would have been if you made it in 1990?

I wouldn’t have wanted to make it then. Now, it’s to look back on my beginnings in Hollywood. I came to Hollywood in 1958; the picture starts in 1958. I have a good perspective on it, I think. And I wanted to make a movie that would be as entertainingly observant of American sexual mores, American sexual Puritanism of the 1950s and its change from the late ‘50s to the early ‘60s. When I came to Hollywood, it was in the business of manufacturing attractiveness. And how the remnants of whatever began with the Massachusetts Bay Colony or Jamestown, Virginia, in the greater scheme of things fairly recent, caused that American sexual Puritanism that has made us so often the laughing stock of France and other countries, and that has become so distracting from more serious issues and complexities that have existed. And the history of this silly hypocrisy for so many years.

That you saw first-hand.

We all saw it. We still see it. You still see it now. The stories that get kicked back and forth politically as opposed to, possibly, a mention of global warming? Among other things? The incredible significance of Citizens United?

Do you think it all goes back to the Massachusetts Bay Colony as to why we still focus on the wrong things?

I’m not sure I can put it to that or put it to the people who had the courage to come over here.

Why are we still talking about the wrong things?

If we knew the answer to that, we probably would change it. I think the progress that has been made that fascinated me in the late ‘50s—the progress in feminism and the significance and the virtues of feminism in the late 1950s and the early 1960s that have given us what we so often refer to as the sexual revolution of the 1960s. The world is getting smaller and progress is being made, but then there’s another part of the world in which the liberation of the female is not as popular and not as accepted and this is a giant problem that possibly is a greater problem than anything we can come up with. 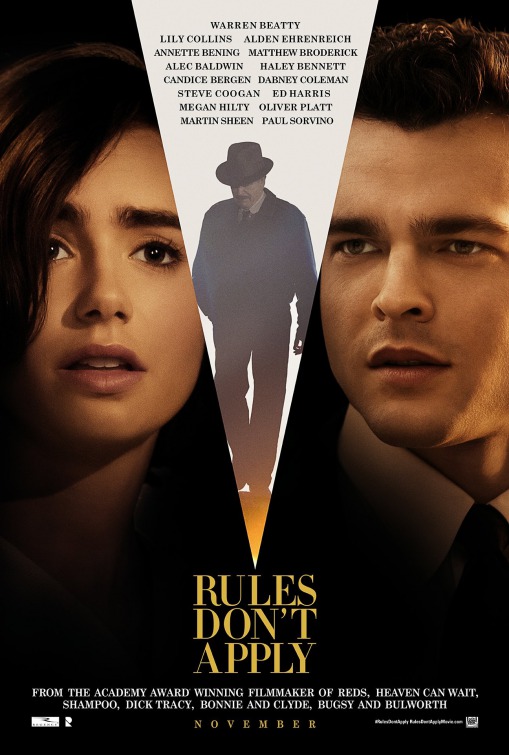 You spoke last night a lot about collaboration. I spoke to Alden and Lily about your style and I’m curious about why that is such an important element to you as a filmmaker? They spoke a lot about long conversations about craft whereas some directors are more hands off with their actors.

Yeah. I would say it is actors that interest me most. [He gestures to the poster to the right … ]

Yeah, but also the other people on that list and the fact that they are willing to come and do not-huge parts. I think acting as a profession is of, I hate to use the word paramount, great importance. Of Twentieth Century Fox importance. And I think that acting, with this new technology, has become more and more important—the ability to say something effectively, have it listened to, have it be entertaining, have it be spontaneous when it’s not, has become more and more important.

I always think of something that Ronald Reagan said to me—he was a friend of mine. We, of course, disagreed on pretty much everything politically, and we would joke about it. He was a very fun person to be around, and I became friendly with him before he was Governor. Not close, but friendly. And he had invited me to bring “Reds” to the White House—a 3.5-hour movie with an intermission about a Communist who dies. At intermission, we went out, and I remember him saying, and he was not trying to be funny: ‘You know things are happening now. People are saying there’s no business but show business. And I don’t know how anyone could be President today without being an actor.” And he was not joking. I’ve been haunted by that lately.

There’s truth to it in the same way that I’m haunted by, particularly recently, Oliver Wendell Holmes saying, ‘Yes, we have the First Amendment but you cannot falsely yell ‘fire’ in a theater.’ With this technology, maybe you can. The chaos in this crowded theater that we’re living in makes voices of wisdom difficult to hear. They may not be as entertaining. They may not be as spontaneous. They may not be as surprising. But what I sense more than anything is that the brevity of all controversy, the brevity of interest in good things, bad things, scandals, victories, defeats—things have maybe a week or two on our mind and we’re off to something else that’s more entertaining because we’re tired of the other thing. And we are more and more addicted to this type of entertainment—this type of 'Look at me! Look at me!'

How does this relate back to acting? Is it harder to be truthful in this crowded, noisy theater? This answer came from a question about what acting means to you. Are you concerned it’s a dying art?

Oh, no. I think everybody’s acting. 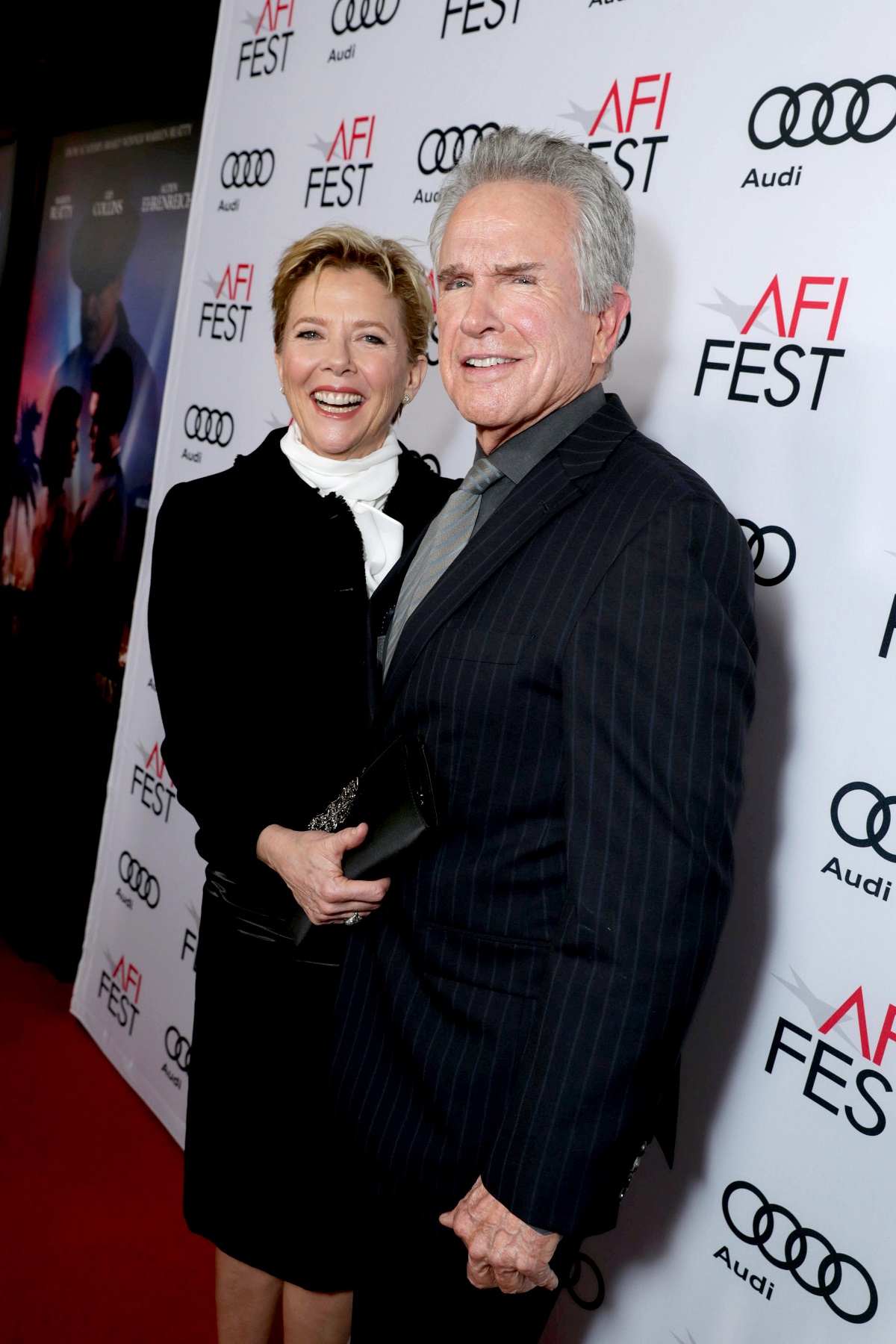 Well, I think the reason that Mr. Stanislavski is, at this moment, rolling over in his grave, is that the dialogue that is being said by certain actors that is getting the most attention is not …

Writing is a dying art, perhaps.

No, I don’t think so either. At all. I think the voices of wisdom are dying. I think we’re in a crowded theater where anybody can say whatever they want to anybody. They can yell what they want to yell. They can gain attention—they will not gain it for long unless they’re very, very entertaining, or very, very vulgar or shocking or very irresponsible. I think that the combining of good acting with good writing is something that isn’t any easier to accomplish than it ever was. In this cacophony of this crowded theater, even when it happens it may not get a hearing. And I think that’s something that we’re living through. I think that it’s possible that if our political campaigns were shorter that we would have to stick to the issues at hand rather than people’s personal lives and the trivia of things such as sexual gossip that is entertaining and is distracting.

I want to get into the idea that the industry is changing. When you spoke about acting you pointed at my phone and you mentioned everyone being a filmmaker last night. What’s the future of filmmaking look like to you now?

Filmmaking is one thing. Making money out of film is another. You can make a good film on that.

So is it liberating to have more options or … ?

But how do the good ones get seen if there are millions of them?

Well, at what point do we retreat from the commerciality of this thing that costs so much money to make? What do we do about it when we see what is now called the middle budget is gone? It’s either $2 million or $200 million. And the $200 million is in sequels and theme parks and tentpoles. And the $2 million, couldn’t you find a real horse?

Isn’t everyone in the middle going to TV? Soderbergh, Cheadle, Macy.

Well, I think the solution is that we accept that people … the big development is that it’s what we do with our time. We don’t want to drive places. And old people, and I mean people over 19, don’t want to leave the house as much, and they don’t have to leave the house as much. And that has to do with certain issues and maybe there’s nothing to be ashamed of and these changes …

At
this point, after stalling for a few attempts during which Beatty kept
insisting we continue, the publicist finally gave me the hook. Hopefully, to be
continued …